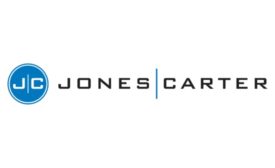 Founded in 1976, Houston-based planning/surveying/engineering firm Jones|Carter celebrates its ruby anniversary this July and continues to expand its geographic reach and service offerings. Starting with only three employees, revenue in the first year was less than $200,000. Today, with revenues in excess of $73M, Jones|Carter consistently appears on regional and national ranking lists, including Engineering News Record Top 500, Engineering News Record TX/LA Top 100, and Zweig Group's Hot Firms.