Items Tagged with 'housing for homeless' 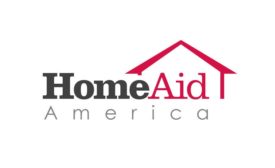 Wells Fargo to Help Raise Awareness For HomeAid at PCBC

HomeAid America, a building industry charity and one of the nation's largest builders of housing for the homeless, will be sponsored by Wells Fargo to host an "unselfie" photo booth at the Pacific Coast Builder Conference in San Francisco on June 21-23rd. As part of this promotion, Wells Fargo will be donating $23,000 to the charity. Wells Fargo has been a long-time supporter and contributed over $1 million to support HomeAid and help launch the expansion of new chapters nationwide over the past 16 years.