Do You Have to Green Bash? 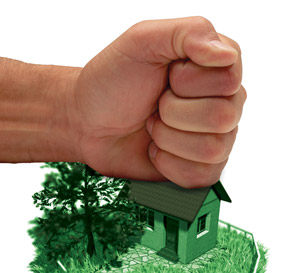 I’m all in favor of green bashing when justified and there is no shortage of things to bash when it comes to ridiculous “green” building claims. But unjustified, unsubstantiated green bashing is something I have little tolerance for. I came across some of this recently in an article appearing in The Vancouver Sun about the potential risks and liability of building green. The article includes an interview with British Columbia Construction Association President Manley McLachlan and excerpts from the association’s September 2011 research report titled, “A Study on the Risks and Liabilities of Green Building” (available for free on the BCCA Web site). The article, unfortunately, does not actually offer much in the way of additional information on the subject. It does, however, provide several quotes attributed to McLachlan that fall squarely into the unjustified and unsubstantiated “green bashing” category.

Green building risk and liability is something that has been studied and written about extensively in the U.S., with clear, understandable recommendations widely available to practitioners to educate and inform how to avoid them. For a good summary of the issue surrounding real and perceived risks in building green, you might find the article “Warning: Green Building Litigation—Really?” by real estate attorney Stuart D. Kaplow, particularly illuminating. Kaplow’s article debunks the myth that building green is fraught with unavoidable risk.

The quotes in the article attributed to McLachlan and the BCCA report are misleading and conclusory and seem deliberately designed to create fear in the minds of readers. Fear that adopting green building strategies will result in lawsuits. This method of persuasion is one that I find particularly offensive, and something frequently used by both green washers and green bashers, to equal effect. Kevin O’Connor, host of This Old House, in a recent podcast, “Green Building Bust? How Over-Promoting/Under-Delivering is Stalling the Movement and What will Make it Mainstream,” talks about scare tactics used to promote green building and how they actually serve to undermine its success. He observes that people want to know the truth, and if they sense something other than this, they do a 180. Scare tactics used to promote or to denigrate green building will result in the same thing: A rapid departure away from adoption of green building strategies.


MIGHT, MAY, COULD—WORDS TO BE WARY OF
The first scary sentence in The Vancouver Sun article appears in the caption under a photo of a high-rise glass skinned building, a quote from the BCCA report that states:

“Green building practices are a great idea but carry risks and potential liabilities that could lead to lawsuits reminiscent of B.C.’s leaky condo crisis.”

“Tort based liability may give rise to class action lawsuits reminiscent of the BC Leaky Condo Crisis as a result of widespread incorporation of novel green building material or techniques.”

The report categorizes green roofs specifically as “novel” with respect to water intrusion potential but offers not one example of a green roof failure or associated law suit. Instead, it states over and again that green roofs “… may result in water or mould damage if improperly designed, installed, or maintained.” Doesn’t this apply universally to every roof on every building, green or otherwise? Of course it does. Green roofs do not have a monopoly on failure. Designed and installed properly, every roof will perform as intended. There are many green roofing assemblies, offered by several manufacturers, that have successful, leak-free in-service histories. For an excellent, fact-based source of information about green roofs, read the “Federal Technology Alert—Green Roofs” report by the U.S. Dept of Energy (DOE/EE-0298). Among the many reasons cited in favor of use green roofs, the report notes that in Europe there are examples of 100-year old green roofing assemblies that have still not leaked.


TO BE AN ARMCHAIR ATTORNEY

“We’re aware that in the U.S. there is legal action around the performance of these buildings. For example, you get points [with LEED certification] for using trees that grow and are replaced quickly. But they’re prone to mould growth.”

This statement is patently false. LEED does not give points for using trees that grow and are replaced quickly. McLachlan is evidently referencing a part of the BCCA report that describes litigation for a well-known LEED certified building in the U.S. built with an engineered lumber product. The product failed due to exposure to weather. The product was not selected because of any LEED requirement, nor was it used to obtain any LEED credit. Made with lumber species harvested in 25-year cycles, the product contributes to none of the available Materials and Resources credits. On March 23, 2012, in fact, the lawsuit was thrown out by the court, which granted the manufacturer’s Motion for Summary Judgment. In the Motion, the company filed a counterclaim asserting that the Plaintiffs acted negligently in constructing and/or maintaining the building, selecting and/or approving an inferior product as a preservative, taking inadequate stock of the building’s seaside location and its foreseeable impact on the structural integrity. The lawsuit brought against the company had nothing whatsoever to do with green building, or with LEED. Ultimately, it boiled down to smart people doing dumb things.


BEFORE YOU GREEN BASH, KNOW THE MATERIAL

The next scary sentence in the article states:

“[McLachlan] believes non-toxic, or low-VOC paints, require more testing because of evidence their exterior finishes don’t stand up to the weather as well as traditional paints.”

Green building is no more or less liable to bring about greater risk than building otherwise, according to real estate attorney Stuart D. Kaplow, who states:

“Despite the hue and cry over increased liability and the legal risk of green building and sustainable development, there is not a single reported appellate court decision anywhere in the United States arising out of green building.”

While there are many things green building can be criticized for, using scare tactics to intentionally steer people away from green building is reprehensible. People make dumb decisions about buildings, their design, construction, and maintenance, every day. Building green will not change this. My advice is to build as green as you can, don’t sweat the armchair attorney scare tactics, and don’t do dumb things.

Straight Green: I Hear You Have a Cold!

Building Product Transparency— Be Careful What You Ask For