State of the Industry

All things State of the Industry.

Construction Adds Only 1,000 Employees in October as Firms Struggle to Find More Workers to Hire Amid Tight Labor Conditions for the Sector

The construction industry added only 1,000 employees in October while it continued to boost wages for hourly workers, as firms compete to hire from a small labor pool, according to an analysis by the Associated General Contractors of America of new government data. Association officials said the small increase in construction employment is an indication of how hard it has become for construction firms to find qualified workers to hire.

Construction Spending Ticks Up in September, Driven by Nonresidential Construction, Despite Drop in Public-Sector Activity for the Month

Q4 Update to the 2022 Economic Outlook Forecasts 5.9 Percent Expansion in Equipment and Software Investment and 1.8 Percent GDP Growth This Year 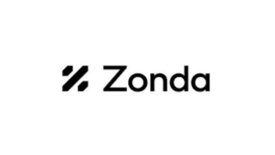 New Home Pending Sales Are Down 25.9 Percent Year-Over-Year With 53.7 Percent of Communities Offering an Average Incentive of $10,169

On Oct. 24, the experts at Zonda, the housing industry's foremost advisors, released the New Home Market Update report for September 2022. The housing market has entered a wait-and-see phase—consumers are trying to decide if it makes sense to buy today or wait. 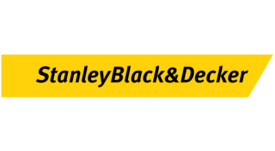 Nearly Half of US Contractors Believe Training the Next Generation of Workers is the Industry’s Most Critical Need, According to Newly Released DEWALT Powering the Future Survey

32 States Add Construction Jobs Between August and September, And for the Year, Even as Labor Shortages Hold Back Larger Gains

Thirty-two states added construction jobs between August and September, and an equal number boosted construction employment during the past twelve months, according to a new analysis of federal employment data released by the Associated General Contractors of America on Oct. 21. Association officials said the job gains were welcome news, but that significant labor shortages in the industry likely held back even larger employment gains.

In 2022, the company has sold 9,600+ boom lifts, scissor lifts, telehandlers in the United States
No Comments

The price of materials and services used in nonresidential construction jumped 12.6 percent in September from a year earlier despite a dip of 0.2 percent last month, according to an analysis by the Associated General Contractors of America of government data released Oct. 12. Association officials note that the construction industry was suffering the most from inflation, adding that new Buy America rules set to go into effect as soon as next month will only make the situation more dire.

Construction workers now earn over $35 an hour on average, while the sector’s unemployment rate hits 3.4 percent as association officials call for construction education funding and immigration reforms
No Comments

The construction industry added 19,000 employees in September as it boosted wages for hourly workers at the fastest rate in 40 years, according to an analysis by the Associated General Contractors of America of new government data. Association officials said that even with the pay raises, many contractors are still having a difficult time finding qualified workers to hire.

Total construction spending declined by 0.7 percent in August as spending on new houses turned sharply lower, while public and private nonresidential construction posted mixed results, according to an analysis the Associated General Contractors of America released on Oct. 3 of federal spending data. Association officials said that rising interest rates were hurting demand for housing and many private-sector projects, while the impacts of new federal funding for infrastructure, semiconductor plants and green energy facilities have yet to fully kick in.