This website requires certain cookies to work and uses other cookies to help you have the best experience. By visiting this website, certain cookies have already been set, which you may delete and block. By closing this message or continuing to use our site, you agree to the use of cookies. Visit our updated privacy and cookie policy to learn more.
Home » Do Two Wrongs Make a Right? All about the Hostess Drama
ColumnsDrywallPlasterUp Front
Up Front

Do Two Wrongs Make a Right? All about the Hostess Drama

The Hostess bakery strike and subsequent bankruptcy was fascinating to watch develop and I found myself conflicted as to what the real story was behind the scenes. My response was, “Twinkies, Ho Hos and Wonder bread in trouble? Say it ain’t so.” The mega-bakery company had filed for bankruptcy and re-organized a few years ago but this seemed more serious. Then the unthinkable happened when two sides seemed determined to destroy each other and compromise was simply not an option. Even the movie Zombieland, where Woody Harrelson, the hardcore zombie killer with a quest for the last Twinkie on earth, could not save the cream-filled sponge cake that had become an American institution. Even as I watched the news, the company was in trouble again—but I simply refused to believe it. They would survive, I thought, and they just had to as a salute to overweight Americans everywhere.

Then it happened: I awakened to the morning news that the workers for Hostess were on strike. The workers refused the last and final offer made by management to save the company. Within days, the company filed bankruptcy and announced they were closing the doors to Hostess for good. What? No more Twinkies, no more Wonder bread to build bodies stronger in twelve ways? The next day, the CEO of Hostess went on air to admit both sides had made mistakes. But regardless, it was truly over.

TOO LITTLE, TOO LATE

While I blame labor for not being more sympathetic and willing to help the company, I also had to look at the leaders of Hostess and ask myself, “What planet were they on?” Did they not notice the strong shift to healthier snacks and treats? Could they not have come up with some new products to meet the new trends? I decided to dig a bit deeper. 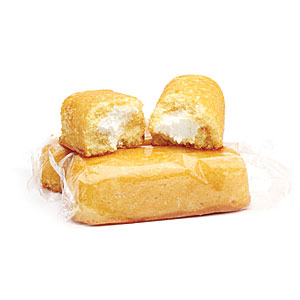 Hostess’ top brass had tried to introduce some healthier options but far too little and a bit too late. Labor apparently deserves its share of the blame, as they allegedly refused to alter work rules and allow the factories to re-tool with more modern machines that would be more productive and allow Hostess to keep up with its competition.

The end result was clear and everyone lost as Hostess went down for the count. Workers lost jobs and even the top executives for the company should have a hard time finding new high level careers. After all, who would hire people that lack vision for the future to lead a firm?

While blame is all around, management is the leader of the ship and they steered the company to failure by a lack of vision to adapt to obvious changes in societal trends going on in the market. Did they continually defend their marketing position to the end? Or did they solely blame the workers and were too willing to sink the ship rather than change? Management complained about costs being too high and while finances are always a concern, I wonder if anyone refused to buy a Twinkie because it was too expense as compared to the competition? Most consumers buy on name-brand recognition and are willing to pay a slight premium. There was a shift in paradigms and Hostess failed to adapt to them. Adding fuel to the fire, there are even claims of pension problems, unwarranted executive bonuses and poor financial practices. Now that will leave a sour taste in the mouth.

Views on the "Green" Movement

All About Lean Construction

Up Front: Can One Man Make a Difference?