The basics of acoustical performance standards

The U.S. Green Building Council casts a long, albeit green, shadow over the A/E/C community, steadily gaining influence as a major market driver in one of the oldest and most established industries—design and construction. Certainly, our buildings, whether LEED certified or not, are better performing for its efforts. Now with the long anticipated introduction of LEED v4, USGBC has raised the standards again, acknowledging the success previous iterations had in creating higher baseline expectations for design and construction teams. New prerequisites have been established and new credits added, for everything from high-tech advanced energy metering and demand/response infrastructure to more low-tech efforts like providing for storage and collection of recyclables as early as core and shell construction and encouraging joint use of facilities, such as schools.

Last month, I discussed how the Gypsum Association’s new life-cycle assessment tools, specifically our Life-Cycle Assessment,  Gypsum Wallboard and third-party certified (Type III) environmental product declaration for 5/8-inch Type X gypsum wallboard can contribute to projects aiming to earn the revised Building Life-cycle Impact Reduction credit and the new Building Product Disclosure and Optimization—EPD credits. But as I scanned the new credits, I discovered that USGBC is increasingly acknowledging the important role sound attenuation can play in enhancing quality of life. That made me think of one of the Association’s oldest and most established publications—the Fire Resistance Design Manual, first published in 1961.

Gypsum Association members have been touting the benefits of controlling noise and reducing sound transmission for many decades. In fact, the wall and floor-ceiling assemblies included in that first edition, and in every subsequent edition, were rated for both fire and sound attenuation. “Building code regulations with respect to control of unwanted noise are almost non-existent,” the 1966 edition explained. “However the demands for relief from tenants and owners from oppressive noise are being registered with the mortgage lending institutions, all of which introduce another dimension in design criteria for the architect.” 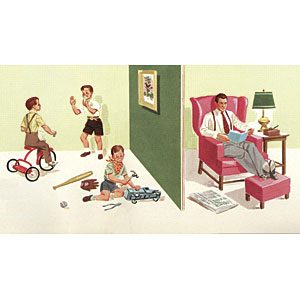 Interestingly, just four years later, the GA’s technical committee noted that sound control was increasing in popularity “due to demand from mortgage lending institutions and building codes.” Indeed that upward trajectory has continued with building codes steadily incorporating more stringent STC requirements. By the late 1990s, for example, it was widely recognized that an STC of 50 was the minimum acceptable level for separation of units in multifamily housing.

Recently, that bar has been raised in a variety of settings. Prompted in part by USGBC, standards setting bodies including ANSI and ASHRAE have created acoustical standards for many building types. The 2012 edition of the International Green Construction Code, which has been adopted in several states and municipalities, creates specific acoustical performance criteria. The IgCC also addresses residential construction by referencing the ICC 700-2008 National Green Building Standard developed by the National Association of Home Builders.

The current edition of the Fire Resistance Design Manual, GA-600-2012, includes hundreds of interior wall, area separation, and floor-ceiling assemblies with sound transmission class ratings. These ratings state numerically the amount of sound transmission that is eliminated by a wall or floor and ceiling. The higher the STC rating, the more effective the system’s sound attenuating properties.

STCs at the upper end of the spectrum will be most applicable for teams seeking LEED v4 certification or teams who must comply with codes that require higher levels of sound control. GA-600-2012 contains more than 80 wall and interior partitions assemblies in the 50 to 59 STC, and six in the 60-64 STC range. Eleven area separation wall assemblies can be found in the 60-64 and 65-69 STC ranges—the upper end of the spectrum. In addition, 20-plus floor-ceiling systems are rated for fire and for sound in the 50 to 54, 55 to 59, and 60 to 64 ranges.

A combination of materials strategically employed is the best way to reduce noise levels. Consider an average partition wall constructed of 2x4 wood studs and one layer of 1/2 inches regular gypsum board applied to each side. In this case, the wall would have an STC rating of around 30. While adding additional layers of wallboard will help, adding another layer of 1/2-inch to each side will only increase the STC rating to 45. The addition of mass boosts the STC, but does not double the STC rating.

Instead, combat a variety of sound frequencies through different construction techniques. In addition to increasing mass, add insulation to absorb sound, and decouple the structural elements that transmit sound. Decouple one side of the wall with resilient channels or staggered studs and make sure electrical outlets and switches are not placed back to back but rather are located in separate cavities to eliminate direct paths for sound to travel from one room to the next.

Finally, since sound waves will seek all penetration points in a room, sealing is essential. All gaps around electrical outlets, plumbing fixtures, doors and windows, and any other penetrations or openings should be sealed with flexible caulk. Properly caulking the perimeter of each wall is equally important. Any sound control system depends upon following high quality construction practices, if the assembly is to perform as intended. Cost control and effectiveness means considering acoustic goals early on in the design process—no matter what the project type. Design teams will need to consider means and methods early on to properly scope jobs that aim high when it comes to sound control. Similarly, GCs and specialty contractors will need to adjust schedules and cost to allow for proper installation of specified materials.

In addition to the basics of sound control listed above, the increasing emphasis on sound control and acoustics over the past decade has resulted in various products including specially fabricated insulation, isolation hangers and clips, and various kinds of sealants, all developed to enhance and support acoustic performance.

And as new research consistently demonstrates the detrimental effect of poor acoustical environments not just on learning and healing but also on workplace performance and overall health the demand for sound control and the technology associated with it can only increase.

Fortunately, gypsum wallboard remains one of the best values in any economy and represents a small percentage of overall construction cost even as it provides more than 80 percent of the visible interior, enhances fire resistance and provides sound control. With proper planning and execution on the part of design and construction professionals, every project team committed to LEED certification should find credits for acoustic performance within reach.

Steve Meima, APR, LEED Green Assoc., is the interim executive director of the Gypsum Association, an international trade association representing gypsum board manufacturers in the United States and Canada.