Why people are confusing these two barriers, and clearing up the confusion once and for all.

When we look at the modern building environment, one of the hottest topics on many people’s minds are weather barriers and moisture control. Air and moisture management are concerns not only to the design/development side of the industry, they are also major concerns to the construction team who are the front line in ensuring that the proper system is used and installed correctly.

We look to these systems to control not only the penetration of liquid water but also to control the migration of water vapor. When these systems fail, and moisture infiltrates a structure, a cascading host of problems can result, wood begins to rot, mold begins to grow, steel corrodes, and insulating R-values decline, the list of issues can seem to be endless. Not to mention that air migration through wall assemblies decreases the overall energy efficiency of the building.

Managing this issue is not a simple task, water and air are driven through leakage points by wind, gravity and capillary forces, exploiting weaknesses in the building envelope. Selecting the best system for the project, ensuring the system is proper for the application and that the installation is done following best practices helps determine the success of any project.

One of the areas of confusion revolves around the use of the terms “vapor barrier” and “air barrier.” While at times the terms are used interchangeably, at their core they represent different approaches.

Air barriers are commonly confused with vapor barriers. This lack of understanding stems from the fact that air carries water vapor. If the purpose of the barrier is to prevent the transport of water vapor via the air, it is a vapor barrier. If the intent is to prevent the movement of air itself then it is an air barrier. Let’s explore each term in a little more detail. 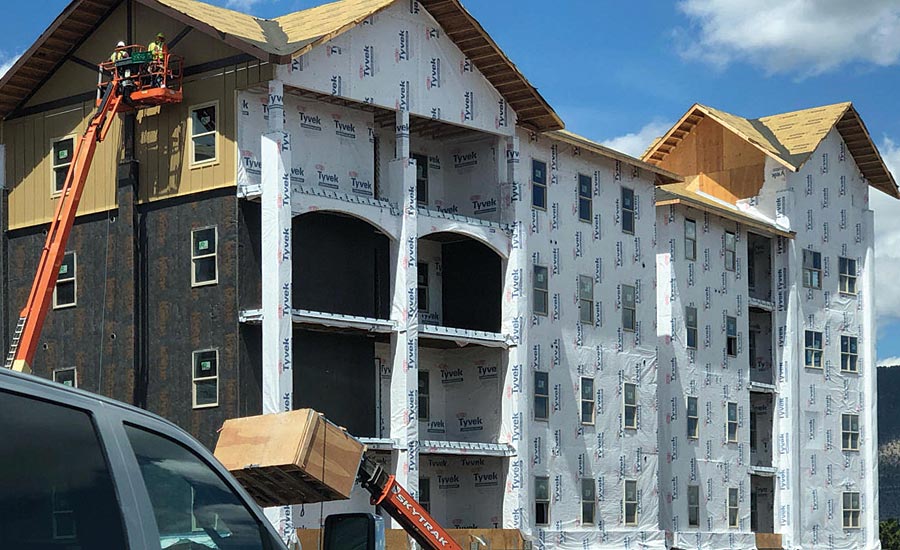 In its simplest form, a vapor barrier is a layer of material that is used to prevent the transfer of water vapor from the outside environment into a structure where it may condense and form liquid water. A vapor barrier prevents water vapor movement to protect buildings from the damage that can occur when moisture migrates in an uncontrolled manner into a structure. They come in many forms; it may be a mechanically fastened sheet-material, an adhesive membrane, a fluid-applied material, insulating board stock or medium density. But more important than its composition, is its function. 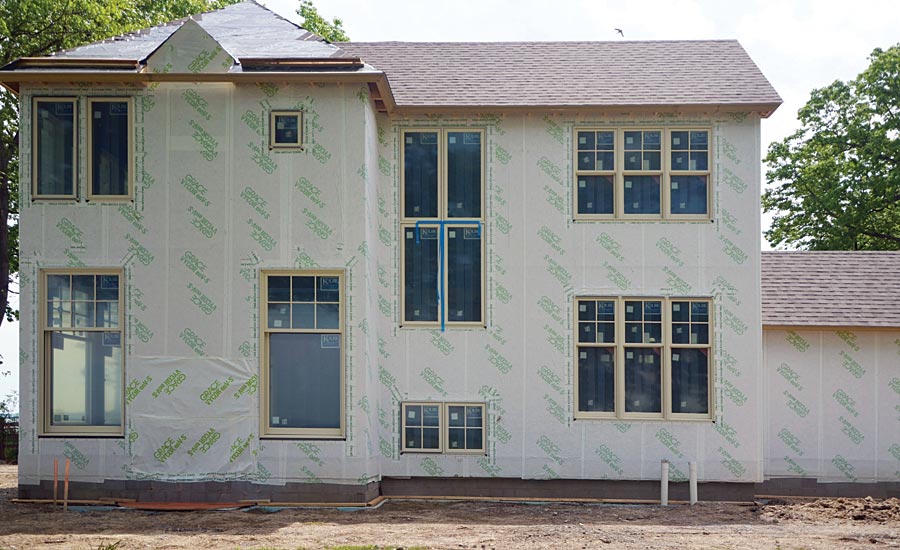 In its simplest form, air barriers are designed to prevent the flow of air and the moisture attached to it from entering the building envelope. One key fact to keep in mind is that the amount of moisture carried by migrating air is 50 to 100 times greater than the amount of moisture that can enter a structure by vapor diffusion. This makes the need of a high-quality air barrier more essential than a vapor barrier.

Air barriers control air leakage into and out of the building envelope. Air barrier materials and systems are designed and constructed to control airflow between a conditioned (indoor) space and an unconditioned (exterior) space.

Components and systems include the following and can be:

Proper installation of an air barrier is crucial to its success. Any defect or penetration in the air barrier will lead to air penetration and open the doorway to a host of potential issues down the road.

Air barriers are commonly confused with vapor barriers. This lack of understanding stems from the fact that air transports water vapor.

If the purpose of the barrier is to prevent the transport of water vapor by diffusion it is a vapor barrier.

If the intent of the barrier is to prevent the movement of air itself then it is an air barrier.

To put the definition in real world context let’s consider the wool sweater analogy: A wool sweater is insulation. It will keep you warm when there is no air movement, but it still allows the wind to move right through it.

Now wear the same wool sweater with a raincoat. The wool sweater will continue to keep you nice and warm. The raincoat, however, will not only keep the rain and wind from penetrating the sweater, it will keep the water vapor inside the raincoat from escaping. Eventually, the moisture content inside the raincoat will get high enough for the water vapor to start condensing on the sweater. This will make the sweater (your insulation) wet. Once your insulation gets wet, it will stop keeping you warm.

If we replace the raincoat with a breathable windbreaker, we see different results. The wool sweater is still your insulation. The jacket still keeps the liquid water from outside from penetrating. But now we have a breathable material that allows the water vapor to defuse through the jacket keeping it from building up to a level where it will condense on the sweater, making it wet and you cold. 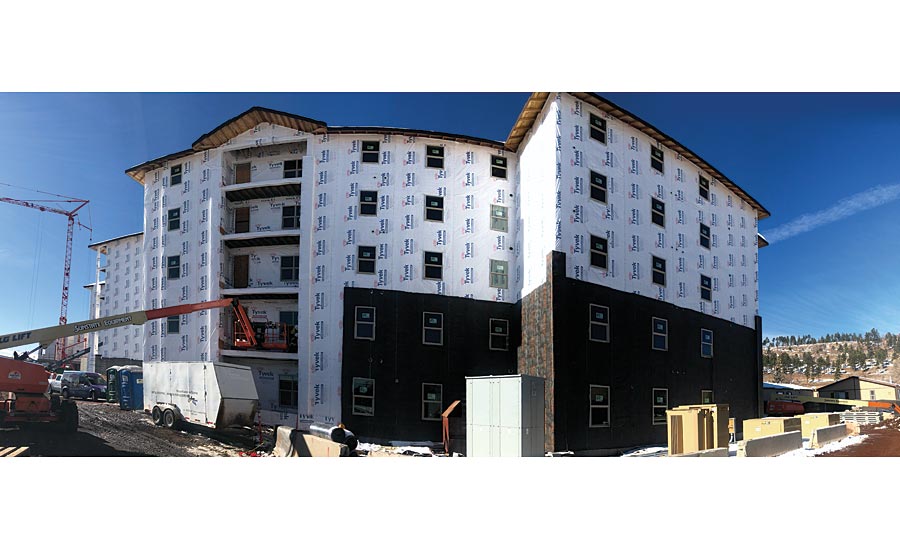 Now if we apply the above example to the real world we can think of the windbreaker as an air barrier and the raincoat as a vapor barrier. Wherever air moves, water vapor can follow. Proper air sealing reduces the risk of water vapor moving into the wall system, where prolonged exposure can result in condensation leading to moisture issues such as wood rotting and mold. As we all know, moisture-related issues can cause expensive structural or health problems that are difficult and expensive to mitigate. Keeping in mind that air leakage has the ability to transport exponentially more moisture into and through the building enclosure than occurs through vapor diffusion alone.

In high-performance buildings, air barriers and vapor barriers, as well as water-resistive barriers, can be combined into a single product or system of products. There are also vapor-permeable air barriers, and there are water-resistive barriers which are not air barriers. It’s important to understand the separate functions and then determine whether the material provides more than one function. As an example, you can have two, three or even four air barrier materials in a wall assembly, but its effectiveness will depend on which material you have chosen and how you have connected the air barrier materials together.

The key to success is fundamentally understanding the role a particular product plays in managing the migration of moisture and ensuring it fits into the overall moisture management system designed for the structure. This will avoid potential costly future failures. W&C

Division Manager of the Building Envelope, for Keene Building Products, Mike Griffin has 40 years experience in commercial construction in building restoration, waterproofing, sealants, cementitious materials, stucco and EIFS. Griffin has performed in many roles such as technical services, product management, marketing and sales management. He can be reached at mjg@keenebuilding.com.