Construction spending declines 0.3 percent from September with decreases for residential, commercial, highway and manufacturing segments; contractors fill less than half the open positions in October
No Comments

Total construction spending decreased by 0.3 percent for the month of October, with downturns in homebuilding and most major nonresidential categories, according to an analysis the Associated General Contractors of America released Dec. 1 of federal spending data. Association officials noted contractors are struggling to complete projects as the number of open positions at the end of October topped hires in the month.

32 States Add Construction Jobs Between August and September, And for the Year, Even as Labor Shortages Hold Back Larger Gains

Thirty-two states added construction jobs between August and September, and an equal number boosted construction employment during the past twelve months, according to a new analysis of federal employment data released by the Associated General Contractors of America on Oct. 21. Association officials said the job gains were welcome news, but that significant labor shortages in the industry likely held back even larger employment gains.

91% of construction firms having a hard time finding workers to hire, driving up costs and project delays, new survey by the Associated General Contractors of America and Autodesk finds
No Comments

Construction workforce shortages are affecting nearly all construction firms, undermining the industry’s ability to complete projects on schedule and threatening the success of new federal investments in infrastructure and manufacturing, according to the results of a workforce survey conducted by the Associated General Contractors of America and Autodesk.

Construction employment fell in 61 and was unchanged in another 51 out of 358 metro areas between June 2021 and June 2022, according to an analysis by the Associated General Contractors of America of new government employment data. Association officials noted that employment was falling or stagnant in nearly one-third of metro areas at a time when many construction firms are struggling to find enough qualified workers to hire and cope with supply chain challenges and rising materials prices.

Total construction spending fell by 1.1% in June as spending on new housing and nonresidential projects declined compared to May, according to an analysis the Associated General Contractors of America released today of federal spending data. Association officials said that the construction spending figures are being impacted as materials and labor shortages are slowing schedules and increasing the cost of construction. 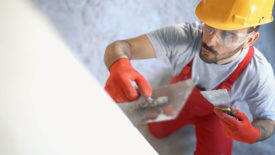 This round up of products are designed to reduce labor, improve productivity, enhance quality on the jobsite and/or help with custom drywall work. 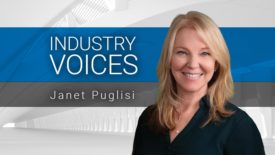 From Intern to President

IN A TIME OF CRITICAL SHORTAGES, DON’T UNDERESTIMATE THE VALUE OF EXISTING EMPLOYEES OR THE POWER OF PROGRAMS THAT ENCOURAGE NEW RECRUITS TO GO THE DISTANCE
Janet Puglisi
One Comment

As a college student in the early ’90s, Erik Santiago thought his construction degree would lead him to work for a general contractor. 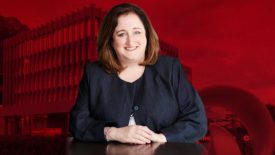 We interviewed McIsaac at the Hilti HQ in Schaan, Liechtenstein in between demoing the tools on our last day of the Innovation Experience. 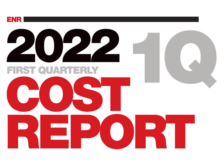 Construction starts are once again increasing after a slowdown in the fourth quarter of 2021. But labor shortages continue, and after a brief decline, materials prices are again climbing, caused partially by the war in Ukraine.

Construction employment increased from February 2020—the month before the coronavirus pandemic—to February 2022 in nearly three-fifths of U.S. metro area.