At this point in the economic downturn, organizations have either continued to live by their mission statements and core values, or have abandoned them for the urgent.

A mission statement is basically a statement of the purpose of a company and it guides the actions of the company, clearly defining its goal, and guiding decision 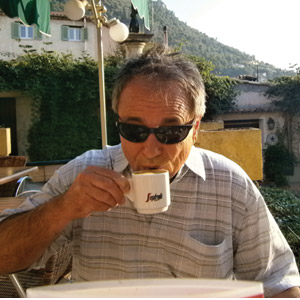 making. The core values of an organization are those values forming the foundation on which a company conducts itself.

A company’s culture is best described as the shared values, traditions, customs, philosophy, and the professional atmosphere that grows from these, affecting both behavior and performance. Not every company has a mission statement or core values, yet every company has a culture. One of the most interesting things about culture is how quickly it can change when stressed.

Cultural stress occurs when, for example, an important shared value like, “our employees are our greatest asset,” changes and becomes, “it’s an employer’s market now.” When a shared value like this changes, it creates stress, distrust, and confusion. Another cultural stressor was the ways in which organizations reacted to the construction downturn. Some hunkered down, some cut costs, and some decided to grow; while others felt they were bulletproof. Yet, there were those special organizations that believed so strongly in their culture that it continued to unify and guide them.

Who starts the culture of a company?

In nearly every case, no matter how small or large, it starts at the top, moving through the company like an infection. What happens when leadership abandons the shared values and atmosphere that were once the heart and soul of an organization?

A powerful example is a trusted leader destroying shared values/trust. You most likely remember the media reporting the many cases of child abuse within the church? The reports continued and the reactions ranged from total disgust and shock; to disbelief, confusion, fear and anger. For the most part, people attend church because they share the values/beliefs, traditions, and customs of the church. Few people would ever have thought that individual leaders would break from these shared values and do what was reported.

Culture, meaning shared values, traditions, customs and philosophies in an organization, is extremely powerful if the culture aligns with what the workforce believes. Take a minute and imagine a workforce that is 100 percent emotionally committed to the culture of an organization. In contrast, consider the leader who suddenly abandons an important shared value? It will rip the heart out of a company.

A bank CEO explained to me his process in qualifying a new borrower for a business line of credit. He requests three years tax returns, business and personal financial statements, and a receivable and accounts payable list to start. If the financial information looks promising, he begins the next step; that is the process of getting to know the borrowers and their business. A lunch meeting is set up and a visit to the client’s place of business. Here the banker gets an overall sense of things, including the opportunity to meet key people working for the borrower.

I’m reminded of a pilot friend of mine who wanted to get his ‘instrument rating.’ This would allow him to use instruments rather than flying visually. I hadn’t really thought about it, but he explained that when you fly from point A to point B, you have to make sure the weather at point B is good enough for you to see.

During his first attempt at flying blind, the instructor had him perform many different maneuvers relying only upon his instruments. What my friend began to notice was a loss of perception for where he really was. The instructor told him not to worry about where he was, but to rely on where his instruments told him he was. “Flying east didn’t feel like east, and up and down, and level, just didn’t feel right, because I didn’t have a visual reference point. I was constantly fighting my senses,” said my pilot friend.

It’s interesting to note that the banker wanted to get a feel for the borrower’s company culture, and the pilot had to fight his temptation to rely on his senses. In Psychology Today, writer Nicholas Herrera, quoted Baumeister & Leary by writing, “The need to belong is a powerful, fundamental, and extremely pervasive motivation.” When an organization has a healthy company culture, the workforce looks at things differently because they have such a strong sense of belonging, as a result of their shared values, customs, traditions, and philosophies.

“Trust your instruments to tell you everything you need to know,” said the instructor to my pilot friend. Wow. In other words, the instructor is really saying put your life in the hands of the instruments. When a person is hired and they like the “feel” of an organization, they begin to put their trust in the organization’s culture little by little. As years fly by, the company and employee experience some rough air, ups and downs, dark clouds and sun breaks. Yet, because the culture remained intact, the employee’s level of trust increases exponentially, all because the organization stayed true to its shared values, traditions, customs, and philosophy.

My wife and I went to France and Italy the end of 2011, staying mostly in B&Bs. In France, we stayed in a place called the Frog’s House located high in the mountains in a little village called Saint Jeannet. After spending a couple of days with the owners, Corinne and Benoit, I couldn’t help but ask them why they went into business. “It was our dream to have our own B&B in beautiful St. Jeannet,” said Benoit. He explained the dream, and I must say it was inspiring. They told me that when they first started the business they did everything themselves; from the cooking, cleaning, maintenance, bookkeeping, to the website and laundry. As time passed, their business grew, and they started hiring people to do much of the day-to-day work so they could focus on giving their guests more personal attention and options.

Benoit explained how difficult it was to hire people who had nothing at stake, and how at first, things weren’t going well. However, after many attempts to get his employees on board, and much frustration, he decided to tell his employees what his and Corinne’s dream was. At that point, everything changed! Why? Because his employees were working for more than a paycheck; they were working for a couple who had a dream, a dream they could believe in. Dreams create culture and a healthy culture creates trust.

Economic Stress in the Workplace