A company’s culture is best described as, “the shared values, traditions, customs, philosophy, and the professional atmosphere that grows from these, affecting 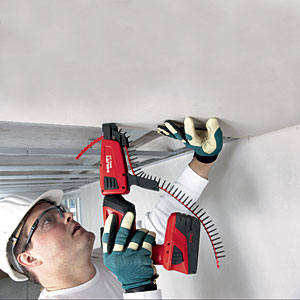 Stress occurs when, “shared values, traditions, customs, and philosophy” change. For example, one of Toyota’s shared values is “not to allow short-term profits to impact long-term goals.” If Toyota were to abandon this long-held shared value, employees and stockholders alike would become confused and disillusioned.

To understand the importance and impact of a company culture and the level of dedication it takes to develop one, we have the luxury of looking at history. Companies, especially privately held companies that have long and successful histories, allow us to really see how culture influences companies over the long haul. I looked at several culturally strong companies with histories ranging from 25 to 70 years.

One company in particular kept rising to the top of my list due to three verifiable facts. First, this privately held company consistently invests a substantial amount of time and money into cultural training. Second, after many high- and low-level interviews, I was convinced that this company’s culture is paramount to its existence. Lastly, this company was ranked the world’s “15th Best Multinational Workplace” by the Great Place to Work Institute, and was placed in the “Top 25 Best Companies to Sell For” by Selling Power Magazine.

How does a company become a best company to work for?

Hilti was founded 1941 in Schaan, Principality of Liechtenstein, by Martin Hilti. This organization supplies the worldwide construction industry with products, systems and services. It employs more than 22,000 individuals in over 120 countries, and its employees passionately create enthusiastic customers and build a better future. Hilti’s corporate culture is based on integrity, teamwork, commitment and courage.

First, I want to thank Brad Roberts, senior vice president of Hilti’s Western Region Sales and North American Retail Organizations, for participating in this interview. After the interview I reviewed my notes and realized that from the beginning, founder Martin Hilti wanted the company to have a strong heritage, a strong culture and strong, successful team members who are committed to customers. He wrote down some things that were vitally important to him, and over the years these statements have evolved into a cohesive purpose, and set of core values.

Seventy years have passed but Hilti’s purpose hasn’t changed—nor has its core values. The organization’s purpose is still to “passionately create enthusiastic customers and build a better future,” and its core values are still integrity, teamwork, commitment and courage.

I’m not going to dissect the meaning of Hilti’s purpose or its core values because what’s important here is to understand how purpose and core values create a vibrant culture. There are few private companies that have made it for 70 years, and there are even fewer that have added, on average, more than 300 people a year to their workforce since their founding. The following is my interview with Roberts:

W&C: What are some examples showing Hilti’s commitment to its purpose and core values both in hiring and training?

Roberts: We are very committed, and by staying committed to our purpose and values we remain relevant to our customers. Globally the Hilti Group invests 30,000 working days per year to involve all 22,000 team members in workshops and team camps to interpret our purpose and values as they relate to business targets and individual development objectives. Before an individual is hired at Hilti they undergo several interviews. Once hired, they begin what we call Basic Training Seminar, which begins with three weeks of online courses, followed by three weeks of product and sales-process training at the home office. Our training incorporates our purpose and core values in every segment of the training because we expect every member of the Hilti team to live our purpose and core values.

W&C: Why is it important for companies to have a mission statement and core values?

Roberts: Very important. All companies have a culture. A key way to actively manage a business is with a clear, stated purpose and values of how team members work—which are adhered to and not merely given lip service. This helps you attract more of the right people who are a fit to your organization. By understanding and knowing your culture, you also understand what you are capable of achieving. Meaning, if a company were to pursue a strategy that didn’t align with their actual cultural make-up, it would be difficult to implement and ultimately succeed.

W&C: How has the current economic downturn impacted Hilti’s culture?

Roberts: It hasn’t really impacted our culture, but it has confirmed we are doing the right things. It’s easy for companies to live their purpose and core values when times are good. During the recent downturn, when our team members pulled together with teamwork and commitment, they really made the difference in where we are today.

W&C: Are you saying that a purpose and core values can help a company through tough times?

Roberts: Hilti has always been a company with a strong culture, and I know that the last couple of years would have been tough without having people committed to our purpose and core values. That commitment continues to fuel our passion and conviction. Every team member shares the same purpose and core values. It is our common language and the way we live.

W&C: How does Hilti get employees to live its purpose and core values?

Roberts: First, our work is far more impactful than just selling a fastener or a tool, and our team members realize this. Team members understand that they can truly help build a better future by what they do each day. They know that the company wants all of its employees to achieve its purpose. Importantly, we give each employee the guidelines of how to achieve our purpose through core values. With roughly 2,000 North American team members in the field supporting customers every day, our members need to have the freedom to act. Once team members internalize our purpose and core values, we have faith they will do the right thing for the customer and the company.

KEYS TO THE CULTURAL KINGDOM

A company’s culture is simply the result of its purpose for existing, and its core values lead a company toward its purpose. For example, Hilti exists to “passionately create enthusiastic customers and build a better future.” The next question the founders had to ask was, “What will guide us toward our purpose?” They decided that “integrity, courage, teamwork and commitment”—their core values—would do it.

So, what are the keys to having a company with a great culture—a culture people want to be a part of, a culture that motivates more than money or fame? In June I met with one of my peers here in Seattle, Mike Roach, president of Western Partitions Inc. He explained that owners, managers and staff of any company either “walk the talk or they talk the walk.” It’s the same with a company’s mission/purpose and core values. That is, a great culture can’t exist unless everyone “walks the talk.”

For 70 years, Hilti’s purpose and core values have been tested time and again. Roberts said, “Hilti’s core values are tested on a daily basis, and we as a company will not deviate from our core values under any circumstances.” This is a powerful statement in many ways, and it’s most powerful when everyone within the company believes it.

A few months ago I asked Christie Rooney, Hilti’s director of Strategic Business, to tell me about the company’s purpose and core values. The minute I asked her she lit up and talked proudly about her company. One of her comments was, “our purpose and core values are who we are, and what our team members depend upon.”

Let’s say that the Pledge of Allegiance is our country’s mission statement and the Constitution contains its core values. What happens when our elected leaders don’t walk the talk, meaning they deviate from the country’s mission and core values? The result is the same for a country or a business: People stop believing in the mission, core values and leaders.

In my opinion, Hilti has made its purpose and core values the company’s ultimate authority, and this strategy has been working for 70 years. Does this mean the owner, president or CEO of a company isn’t the ultimate authority?

There is no better time than now to define or re-define why your company exists (its mission or purpose) and how to get there (its core values). Before you begin this journey, you have to ask if you’re willing to give up ultimate authority for something that will outperform and outlast you, creating a culture that may make your company a best company to work for.

Economic Stress in the Workplace

All in Agreement: Perpetual Motion Part 2