Why does it seem to be human nature for us to refuse advice, help and in some cases flat out deny it? I have witnessed many young people enter our industry 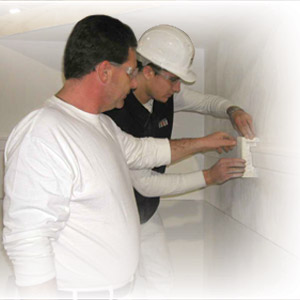 and then struggle needlessly. We have all seen it and anyone who has raised teenagers knows this to be the truth. As parents, we try to guide, give sound advice and our kids seem to simply ignore us. Don’t they know we mean the best for them? We want them to benefit from our mistakes, so why do they refuse to heed our sage advice? It appears they are headstrong, and bound and determined to learn it the hard way. They have to make the same mistakes we did—they just have to learn by trial and error. The redemption day does come, usually several years later when your kids are adults: they come to you and tell you they finally get it, they understand that you were right, way back then.

In the construction business, we have similar relationships. In some ways they are equally as important as parenting. When an apprentice starts in our trade, they are a clean slate. What they learn in the first years is critical and I believe can shape their career, this why a formal apprenticeship program for every skilled craft is vital to the survival of a trade. Formal training is important and most of us recognize that, but most forget mentorship. Most apprenticeship classes are only a few weeks a year at most—that means the bulk of the apprentice’s time is on the job, working with seasoned journeymen. Mentorship is the relationship your journeymen have with the apprentices.  Not all journeymen are good mentors and it is the supervisor’s responsibility to pair apprentices with good mentors, if they want the company to survive into the future.

Companies that do not respect and strive for better mentorship, succeed fast, make initial good profits and then die out as the next generation fails to be productive; quality consciousness and good mentorship slip further into a distant memory.

Mentorship is not only for the trades: It is also for the manufacturers and sales force of our industry. I have always been amazed how few questions are asked of the customer. Most people are focused on selling and not asking. What does your customer want? What need or product could you fill that would make you unique and desired for the future? If you are young and embarking on a career, look around, someone is leaving that same career, what did they learn over the years, what would they do differently? It may seem silly to ask, but you may find out they are honored you would ask.

I had a young man starting in our industry ask me once, “What would you do in my shoes?” I was flattered he felt my opinion was of value and thought for a moment; then proceeded with the plan I would take to be successful in his arena. He left and eventually became part owner of the company. To this day he credits me but his hard work and perseverance were the real keys to success. I have often thought he probably had a few mentors and just knew what to extract from each of us to succeed.

My thoughts often drift back to my days as an apprentice and the evolution of my career, I have had some great mentors, I have had some bad ones. The trick is to be able to recognize the bad ones before it is too late. I found out that all advice is not necessarily good advice. Mentorship is a heavy responsibility that should not be underrated or taken lightly. The world has become a very complicated place, and although mentorship is less publicized or spoken of, it should really be considered more important than ever. W&C

Why Does the Construction Industry Give Newcomers a Hard Time?

How to be at the Top of Your Game

How Board Members Can Start Planning Ahead

Construction Stereotypes Are Getting Old