Who is to Blame?

Today, it seems most projects worth having are government funded. As the Feds keep trying to kick start the economy, they continue to pour billions of dollars into 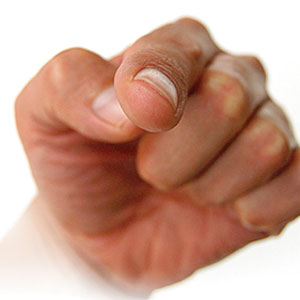 public works projects. What makes public works unique to private work is that these projects usually require the use of prevailing wages. Prevailing wage is determined as the average wage used in a specific region for a particular trade. The government usually relies on the local union wage to establish the prevailing wage. The union wage is negotiated by labor representatives and management, so the government has determined this is a fair determination of what the work to be performed is truly worth.

Since most public works projects require every contractor who bids on a project to use a pre-determined established wage for specific trades, and they are bidding on a set of plans and specifications that list what materials must be used, you would assume the bids would be very close to each other. Surprisingly, the numbers can be vastly different.

One reason for a ridiculous low bid may be the plan to not pay the required prevailing wage. These extreme low bidders have lots of tricks to avoid paying or playing by the rules. They may trick the public agency into calling drywall hangers a stocker, which can save as much as 50 percent in labor, or they may trick the men into working ten hours for eight hours pay. And of course the old standby is to just pay cash—it happens across the country and with all trades. Some get caught, most do not. The question is: who is to blame when this happens? The first and certainly most guilty party is the contractor who bids with the intent of cheating the system. If you are unfamiliar with public works and think that these contractors used the low wage rate and made an inadvertent error, that is highly unlikely because these projects typically require certified payroll. The only way to get around it is to intentionally falsify documents.

WORKERS SHOULD NOT ACCEPT AN INCORRECT WAGE

Blame is not all on the contractor; the worker himself who was paid below the posted rate is sometimes at fault as well. Oftentimes, they know the correct wage rate but in fear of losing a job, they may be willing to accept less and thus be complicit in the cover up. While we all understand they have to make money to feed their families, the practice of cheating hurts everyone. I was a contractor and did some public works projects, and often had workers boldly ask for cash. They would get annoyed when I informed them it was against the law and wrong.

The general contractor who accepted the bid is also to blame. They and the awarding public agency see the bids submitted and should realize that this was just not possible for the subcontractor to be that low. How can a contractor bidding the same scope of work, same materials and an established wage rate be as much as 50 percent lower than everyone else? They just can’t, so there must be preplanned cheating and accepting this bid as not a “qualified” bid.

The public agency responsible for monitoring the project is also partly to blame, too. The guilty contractors all too often get away with cheating as the public agency knowingly accepts the super low bid and then turns a blind eye. The problem for some public agencies is they often do not know much about the trade they are monitoring. Workers have varying wage rates for various skill levels, and the public employee may not know that a hod carrier is not a plasterer or a drywall stocker is not a carpenter, but the pay rate is often quite different. The compliance officer on the project may watch and even interview the workers but often have no idea what duties that trade person is suppose to or not suppose to be doing.

Public works projects are meant to serve the public in every facet from design, construction of that project, payment of fair wages and that the completed structure is to last for decades with minimal maintenance. Cheating the system is not being competitive or trying to level a playing field per your own moral compass, it is just plain cheating, and there is lots of blame to spread around. W&C

On Your Mark, Get Set, Go!: Don't Blame the Worker

On Your Mark, Get Set, Go!: Don't Blame the Worker!

Is the Specialty Contractor Going to Become Extinct?