Reputation is defined as “the estimation in which a person or thing is held, especially by the community or the public generally,” according to Dictionary.com. We work hard to build a reputation for ourselves, the companies and/or organizations with which we work. In some cases, others try to destroy that same reputation. The water gets very murky when the issue is one of social values, and the civil discord between Republicans and Democrats seems to be about destroying each other’s reputation. This inherent conflict for social justice has led to some poor behavior from each side. The end result is not one side winning—as each had hoped—but a loss of reputation, credibility and character for both.

For proof, I submit a recent poll that reveals only 5 percent of the public feels Congress is doing a good job. This translates to the overall big picture that both sides have failed. The construction industry is not immune from suffering a similar fate of public disdain. Some public opinion of construction workers is not flattering and this is not limited to just the on-site worker. Similar to individual members of Congress, we may want to believe that we are immune and above that negative perception. But in reality, we are tethered to this perception and trying to alter that reputation takes work, a lot of work.

HARD TO BUILD, EASY TO TEAR DOWN 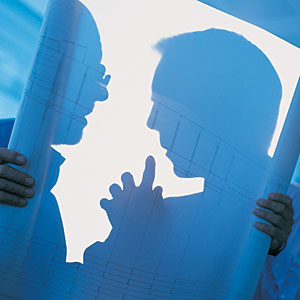 Reputation takes a long time to build and only a short time to tarnish. I believe the greater or more entrenched the reputation, the longer “free pass” you get, but we can all fall. No one has probably fallen more than Lance Armstrong. An argument could be made that he created his current reputation over a long practice of behind-the-scenes intimidation and coercion. Manti Te’o, the Notre Dame football player, has also damaged his reputation with publicly claiming his online girlfriend had died of cancer, only to find out it was a hoax. His explanation of being duped was plausible but he took the road, “What would you have done in my shoes when it was discovered it was a hoax?” He basically said he had no choice but to continue with the hoax and to keep the lie going, rather than admit he was more gullible than we consider appropriate for a college graduate.

I see this in our world, too. I was involved with an architect who was reviewing a cladding system for a building he was designing. As we discussed the various assemblies, pros and cons alike, I asked why he wasn’t using stucco, as he was always a fan of lath and plaster. He explained that the sample submitted by the contractor was badly cracked. He was told that was what he could expect.

I proceeded to seek out the contractor and find out more. It turns out, he wanted to steer the architect to a system he favored, so he intentionally cracked the sample and then suggested his favored system. The problem was the architect was never going to use that particular system submitted, so he went to other claddings. This is a form of deception designed to ruin a reputation.

The worst part was when the contractor and the supplier tried to solicit my help in the deception. I was having no part of it. I have a reputation, and while I respect a difference of opinion and understand variations on moisture management principles or detail preferences, I have a reputation and I look after it.

I was able to keep peace with my contractor and my dealer by not exposing their plan of deception but I did refuse to partake in the plan. This is what I would refer to as a “cover-up” and in my experience they rarely work out well in the long run. This is something I think is put to the ultimate test in tough times: when project budgets are tight, everyone looks for an angle to cut costs, make a few pennies or even salvage a lost cause.

I am sympathetic to any contractor or dealer trying to make it in today’s tough bid climate but you have a reputation to keep intact. So, what decision will it be? My architect friend got his lath and plaster wall, we made some modifications and the project had typical minimal cracking that the architect could live with and all our reputations were preserved. Reputation is what will carry you on for the next decade. Treasure it.

Up Front: Too Good to be True?

Up Front: Sometimes, Just Walk Away

How to Succeed With Your Own Construction Business