IT’S TIME TO REDUCE, REUSE, AND RECYCLE EIFS INTO THE RE-CLAD MARKET.

In new construction, EIFS is a stand-alone insulator and cladding, a one-two punch beating out the other competitors in the energy savings category. I am puzzled by the design/build community’s reticence for EIFS as the go-to cladding choice. So, it will be what it is for new construction and continuous insulation cladding choices. As I have touted before, the re-clad market is where EIFS has a wide berth of opportunity. Opportunity driven by the applicators: the sustainable energy savings choice.

So come with me while I explore the three R’s of EIFS in the re-clad market. Ah, yes. The three R’s: Reduce, Reuse, Recycle. Reduce the energy footprint of a given building, Reuse our well-built solid structured buildings, and the topic of this article; Recycle unused EPS foam.

Reducing energy usage has, and always will be, a global call-to-arms. Calls for improvements to building performance in attempts to solve our ever increasing usage demands of a precious commodity; produced energy. Insulating the exteriors of buildings has been proven to be the best cost to performance win in the exterior cladding market. The add-ons of insulated windows, roofs and foundations followed by energy efficient electrical components and some solar panels, make for an almost net zero energy use structure. We have come far in this technology, and it will continue to evolve.

Reuse of a structure is a double bonus in that nothing goes into the waste stream (demolition), the solid structure can be made energy efficient by an EIFS cladding, and all of the add-ons mentioned before. This trend is growing and has been used successfully in the past. I believe this segment is where we should be focusing our efforts on right now. It allows for “new construction” to take place without having to use a lot of newly manufactured products.

And then we take a look at recycle, the taking of extra, or unused, discarded building components and putting them back into the life cycle stream, not into our landfills. Cement, wood, wiring, insulation, windows and doors are a few examples of items that can all have a second or third life. 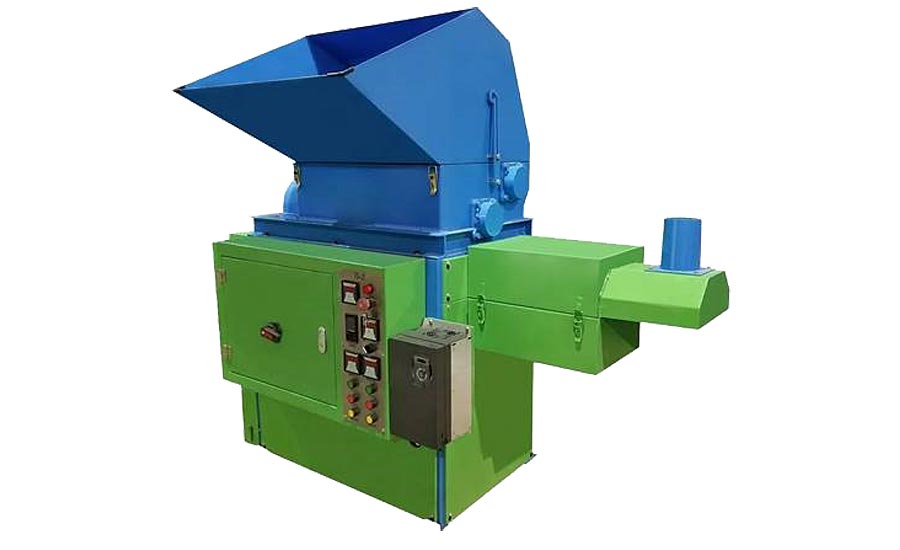 The embodied energy of manufacturing EIFS is about the same as stucco and a little better than brick but for continual energy savings, it pays back in spades.

But What About EIFS?

During my EIFS sales days I often had to answer to the grumblings and concerns about the very make-up of EIF claddings. Products derived from petroleum; acrylics, mesh and foam, and the heavy hand of manufactured cement. Compared to other claddings, the embodied energy of manufacturing EIFS is about the same as stucco and a little better than brick, but for continual energy savings, it pays back in spades. Then came the questions about dealing with all of the EPS foam pieces and parts leftover, of which in some cases were a lot.

I was recently researching a business social media platform and came across an old familiar name—Craig Barnaby of Barnaby Tool and Equipment. (Early in my Dryvit days, I worked with his father Jim. Both of us were field service managers; both passionate about EIFS.) So, in this post from Barnaby Tool and Equipment, a lovely young lady was telling the audience that there is no need to send foam to the dump, and in fact one can grind, compact, or densify it into a profitable and recyclable commodity. Interested parties could purchase foam and plastic recycling equipment. I just had to call Craig and ask him about this, and I was pleased to discover a whole new business model and sub-culture of foam recycling. Or as I like to think of it: opportunity.

I recall that while I was slinging the EIFS, some of the EPS manufacturers would take back EPS debris. They would grind it and reuse some in the manufacture of a new product, and sell some as a soil amendment product for retaining moisture in the soil. This reuse was but a fraction of the waste from construction. And there was also the thrown away foam beads and peanuts used in the package industry, all fillers of the land as waste.

Jim shared with me the early years of a more aggressive approach to a recycling process known as cold pressing. It was a grind and pack process where the pieces were fused into a block through machine densification. Even though they were packed tighter than a miser’s fist, there were plenty of air pockets and spaces to hold moisture. So, while the compressed billets were being stored, they had to be kept indoors or under waterproof coverings. Even then they would absorb water and all kinds of nasty microbes would be born. Some would get really bad and be rendered useless.

There became a market for the billet makers in selling the foam to China and India where they would make new stuff. Unsavory sellers would also include garbage in the containers being shipped over there and the whole process fell apart. They had to set up regulations, and developed a program called “Green Gate,” which stopped the shipping of “other things” with the foam discards. After the regulations were in place, the billeted foam shipping resumed and foam was made into new stuff across the ocean. Today in the United States, there exists Material Recovery Facilities (MRF, sounds like “murf”) which receives, separates and sends recyclable foam to end-user manufacturers.

Solutions to the cold press Achilles heel of microbial growth potential within the cold pressed billets were sought. A newer technology of recycling EPS foam was to run it through a heat densifier. Same compaction but with heat so the pieces would all melt together into a paste which was then molded into very dense blocks. The advantage of this is that they can be stored outside in both good and bad weather, without becoming gross and unusable. Because they were first melted and then compacted, they were very dense and contained more content than the cold pressed versions. Both versions are still in use today.

There is an entire business culture around the foam recycling process and sales of post-consumer waste compaction. For those interested in pursuing this industry, one can purchase machines that will typically have an ROI around 12-18 months. Even the food industry is getting into the action (see Chick-fil-A on YouTube).

A resourceful, ecologically mindful contractor could add a piece of foam recycling equipment to their machine line-up. Instead of spending money going to the dump with a lot of bulky foam, they could then melt the foam into bricks of profit. Stay green my friends, as we only have the one green ball to inhabit. Take the Stucco Off: Exterior Stucco and EIFS Claddings

To Be EIFS or Not to Be