A NORTHEAST OUTFIT KNOWS HOW TO SERVICE ITS TERRITORY BEYOND DRYWALL

Professional Drywall Construction Inc. is a massive drywall contractor headquartered in the New England area. The company focuses on major builds and renovations, concentrating mostly in the education, medical and retail industries. The company has grown large enough to accommodate virtually any size project and—despite the contractor’s name—it offers way more than just drywall (see Sidebar). The company is skilled in structural framing and designing, installing acoustical sound systems and insulation. The company can work on smaller construction projects as well, such as installing toilet partitions, doors and hardware. PDC is “cleanroom certified” and certified to install firestopping. Perhaps most notably, PDC is also skilled at designing and installing custom-cut drywall systems. It uses a combination of gypsum, wood, plastic and cement board to complete intricate and complex assemblies while keeping costs down.

Headquartered in Springfield, Mass., its owners Ron Perry and Nick Shaink spoke with W&C recently to discuss business, challenges and other industry-related topics. PDC has been in business since 1994. Perry and Shaink took over as owners in 2018. Today, the subcontractor employs more than 300 employees.

Shaink actually started working at PDC when he was 15 years old, when he would work on summer breaks and weekends until high school graduation. At the time, the company was building a Target and he worked as a laborer. “I thought it was the coolest thing getting to drive a truck,” he says. “I’ve been with PDC ever since.”

And what specialties and niche services does PDC offer? “We use a custom-cut drywall system called Origami that involves pre-fabricating profiles in our shop. This process reduces on-site installation time and increases the overall appearance, as corners and other profiles are installed in one piece,” says Shaink. “We can easily and accurately duplicate multiple cuts, make finished returns and perfect corners at any angle, not just 90 degrees. This makes corners more durable and easily repaired. Origami gives our customers design flexibility they never thought possible. The intricate cuts allow the drywall to bend and mold to any shape including curves. Our Origami installations are quite durable. Fixing a traditional drywall corner that has been dented or damaged can be time-consuming and expensive. While our corners can be dented, the damage is much less severe, and repairs can be accomplished by a maintenance worker with joint compound.”

Since Perry and Shaink took over in 2018, PDC has opened two more branch offices in addition to its home office in Springfield: One in Norwalk, Conn., and the most recent in Malta, N.Y. This has increased the company’s reach allowing it to do business all over New England and New York State.

“We have also grown our community outreach in the past few years. We started a charity golf tournament to benefit our local children’s hospital,” Shaink said. “We also donate time, money and resources to other local charities, especially those geared towards helping children and young people.”

But where is the company today? How is its business holding up despite the labor shortage and other obstacles in construction?

“Business is stable and steady. We felt an impact from the pandemic but the end of this year and next year is looking really promising. Supply chain issues are one of our biggest struggles, as it is for so many industries,” says Perry. “Building supplies can be hard to come by, which can push projects back. Nonetheless, we will continue to grow while providing the same quality of service to our customers.”

And how has the current construction climate been in your region and for you as a company?

Construction in New England has been somewhat stable, outside of the obvious pandemic impact, says Perry. Through the middle to end of 2020 and into the beginning of 2021, the company saw a downturn in available projects and with material costs continuing to rise, PDC was very cautious for the remainder of 2021. However, Perry continues, the company is very optimistic about 2022 and beyond. The company’s long-term goals are still in focus and he is confident that they will achieve them.

Perry says the biggest challenge is managing construction and different personalities. “I love working with the various people who make up this industry to get something incredible built. Working with different contractors, learning their personalities, their strengths and weaknesses and then figuring out how to make them work together as a team is my favorite part. It’s like a really complex puzzle, and at the end you have this amazing creation to show for it.”

Shaink, on the other hand, says the growth has been hard to handle at times. “I’ve worked here since I was a teenager and in the past few years alone, we have grown not only in size, but have grown to have two more locations and expanded the range of services we offer,” he says.

And what is the hardest aspect of the job? Perry says not being as hands-on as he used to be. He has spent a lot of his career out on job sites overseeing the action. So, having to step back from that and focus on the bigger picture has definitely been a change for him. “I know what I am doing now is important to the overall goals and success of the company, but some days I am itching to get out there and get my hands dirty.”

“I think the hardest thing for me is having to delegate to other people and trust them to handle things as I would,” says Perry. “We work really hard to find the right people for every job so we can have confidence in their abilities. But like Nick, as someone who’s done the job before, it’s always hard to take that step back and let others do their job without micromanaging.” 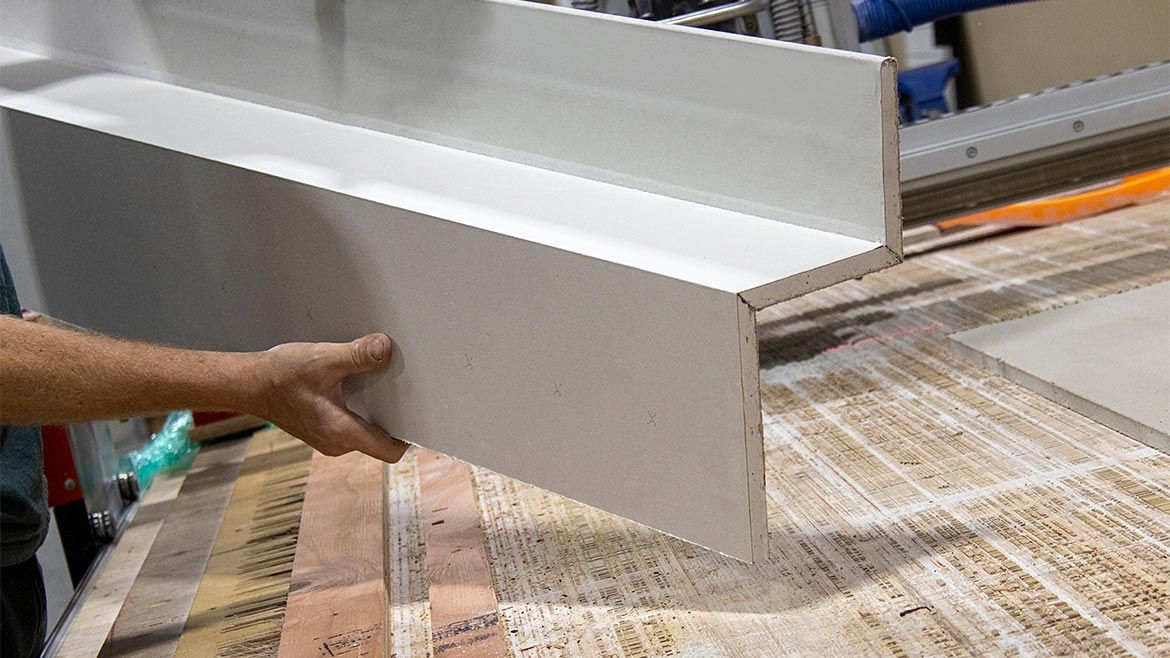 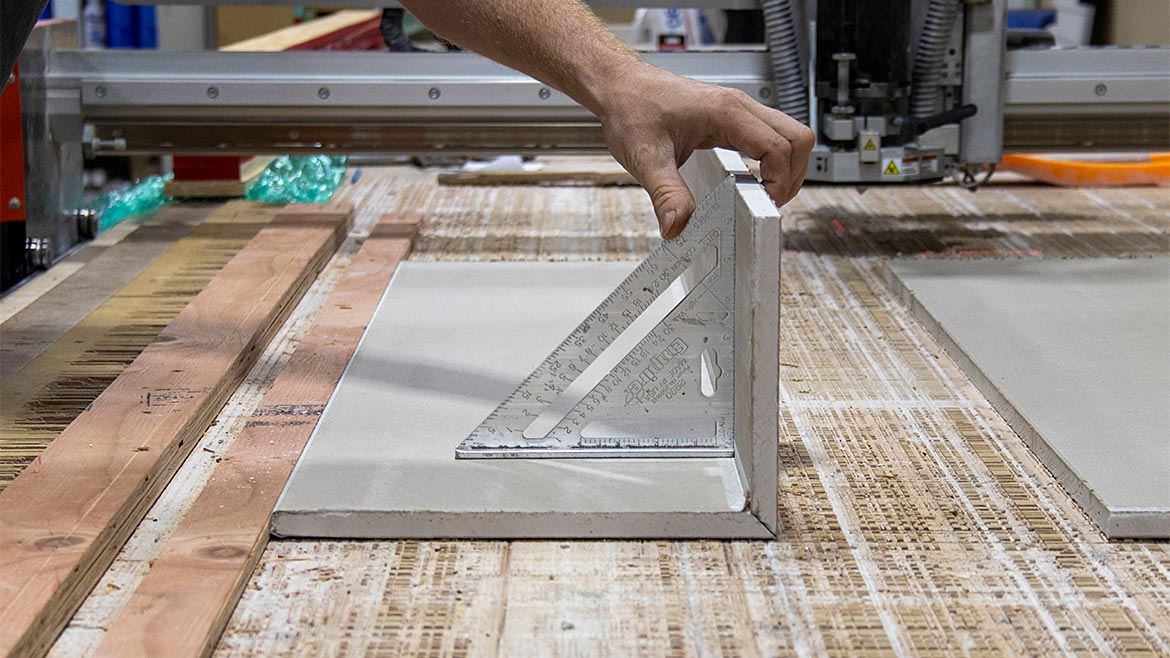 Perry says PDC wants to keep expanding. Three years ago, when the two took over, they mainly just serviced the Massachusetts and Connecticut area. Perry says PDC is now all over New England and New York and he hopes they can keep expanding down the East Coast.

“We’ve built such a great reputation in this area, having a part in creating buildings that help define college campuses, hospitals and even the skylines of cities,” says Perry. “We want to keep being able to build iconic buildings in new places, expanding our foothold in the market.”

What sets you apart from your competition? Why do you feel you are among the best contractors in North America?

“We have a lot of ambition. We are always striving to be better than we were the day before,” says Perry. “When we took this company over, we really wanted to see it go places, and where we’ve gotten hasn’t come from just coasting on what the founder of PDC put into place. We have innovated and adjusted, pivoting to become more successful and we continue to grow despite challenges we have faced.”

“While we’ve grown, we wanted to make sure we also kept our core values and beliefs. We have a real team approach here that we don’t succeed individually unless the whole team succeeds,” says Shaink. “We have an intimate understanding of the people who work for us and allow them to play to their strengths while helping them with their weaknesses. This enables our whole team to work together in a more fluid way. 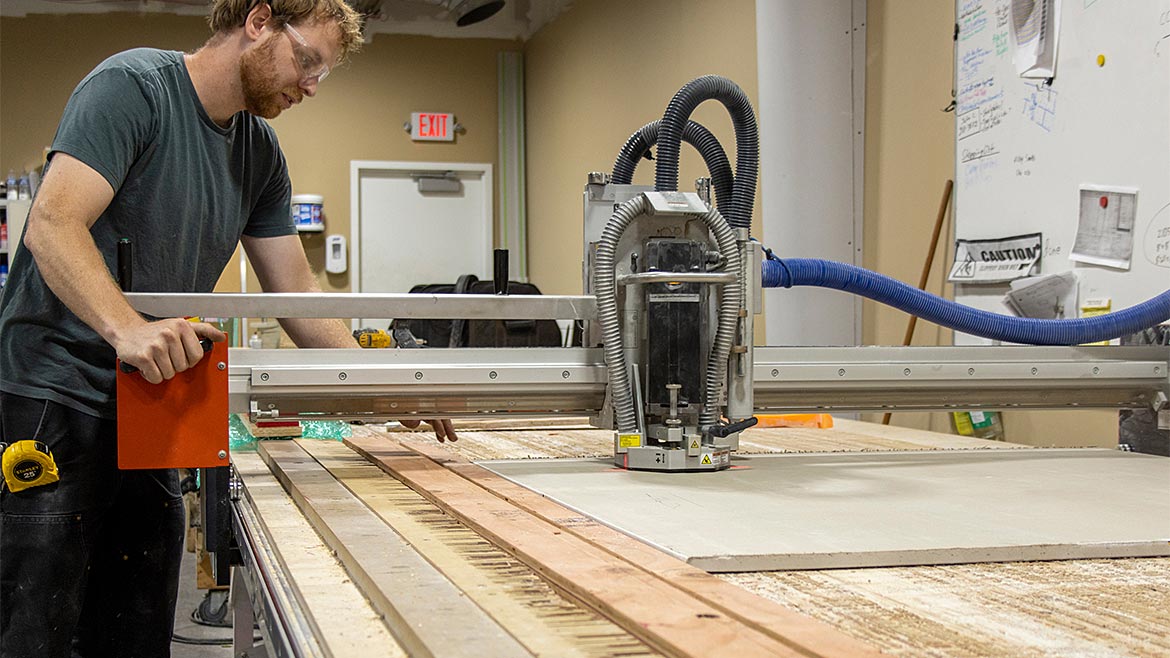 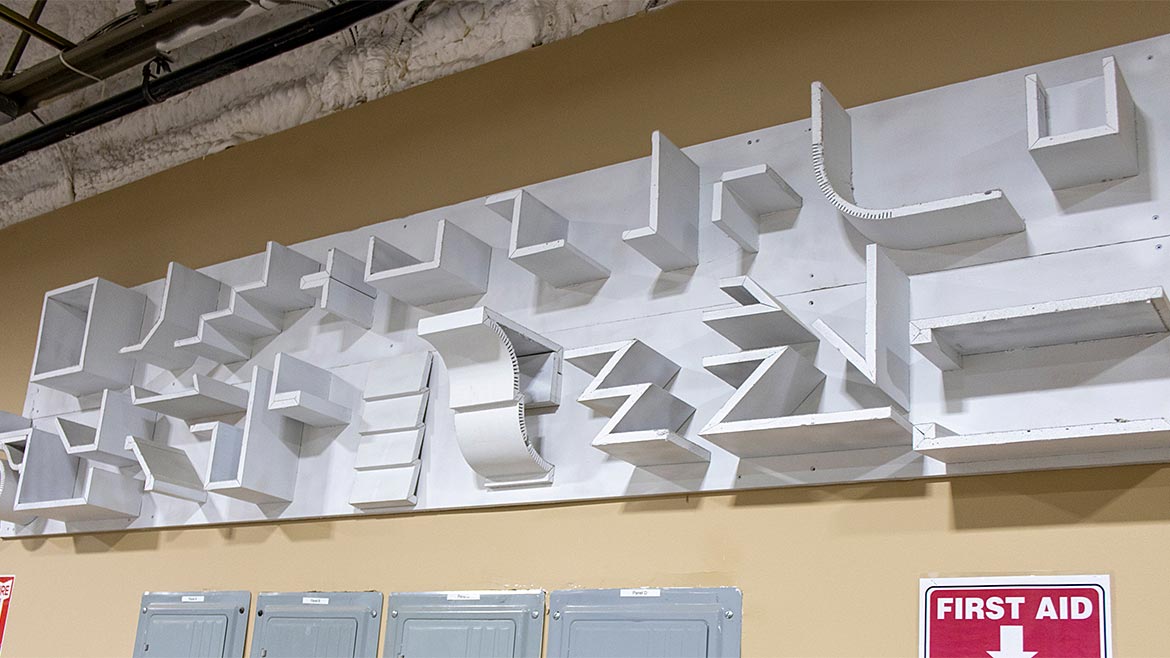 And what will happen when the next recession hits and how will the company respond?

Perry says he doesn’t know what the company will do differently but PDC did learn a lot this past year that it plans to continue to implement even as the pandemic seems to be ending. One of those is staying positive and understanding there’s a light at the end of the tunnel, he says. “Everyone was going through the same thing as us; it’s not like we were the only ones who had to adapt to a new way of life. We stayed focused through the entire experience, ducking and weaving as new problems arose, remaining flexible.”

Shaink says stick to the plan. “You make a plan for a reason, so it’s good to stick to it when times are tough. Trust that what has worked before is still going to work with a few minor adjustments. We also take a lot of pride in choosing the right people to work with us, who have been dedicated to helping the company as a whole adjust to this new normal.”

And the among the company’s greatest achievements, Perry says opening two more offices outside of western Massachusetts has been the biggest one since taking over PDC. “It has been integral toward reaching our long-term goal of expanding down the East Coast, and has helped us to be able to bid on projects we may not have been able to previously. I’m so proud that we have been able to get as far as we have as partners in the past few years, and I see a lot of growth in our future.”