HOW TO FIND THE RIGHT AUTO-FEED DRIVER FOR METAL PANELS. STUDS, SIDING AND MORE.

Auto-feed screwdrivers have become a go-to fastening tool for many types of jobs, from drywall to fencing to subfloor. By automatically feeding one screw after the next and leaving one hand free, auto-feed systems reduce fatigue, boost productivity and generally turn two-person jobs into one-person jobs.

The fact is, auto-feed technology has improved substantially over the last decade, with some models designed specifically for higher-volume metal fastening jobs. If you’re considering using an auto-feed screwdriver for metal, there are several factors you’ll want to consider to make sure you get the right tool for your application.

Auto-feed screwdrivers come in two basic types: integrated systems, which include the motor and feed system in one corded or cordless tool; and attachments, which slot onto the front of standard screwdrivers that are typically sold separately. Contractors increasingly prefer cordless tools due to the mobility they offer. Corded drivers are great for consistent power delivery on jobs where electricity is available.

Whether you prefer corded or cordless, there are plenty of options for integrated systems suited to metal fastening. Attachments warrant more research prior to buying. Typically, attachments are compatible with specific models or brands of screwdriver. An auto-feed attachment may be rated for metal, but it will only work if the screwdriver it’s attached to has the right speed and torque for the job. In short, make sure the driver you’re using can handle the type of metal you’re drilling.

An auto-feed screwdriver should do more than just work—it should excel. Here are some advanced features to look for to make sure your auto-feed driver will perform well in multiple materials and gauges. 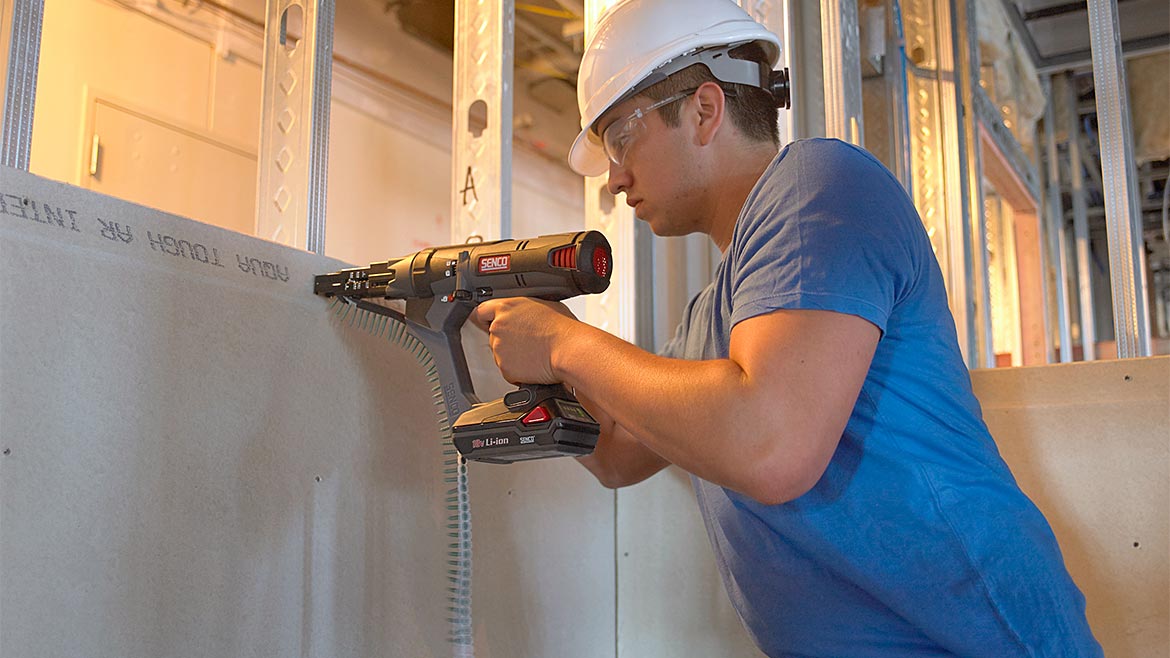 When it comes to tapping metal, slower is faster. If your driver’s RPM is too high, the screw tip will overheat and dull from friction, preventing it from biting and potentially ruining the work piece. A good driver for metal drilling should have a variable speed trigger for speed control on the fly, and it should max out at 2500 RPM. Some drivers have the ability to drop the maximum speed down to 1600 RPM for ultra-dense material.

Over-driving a screw in metal could dent the work piece or strip the screw, so you want a tool that reliably stops at the proper depth. Most drills and some drivers rely on a torque-sensitive clutch to prevent over-driving – once the drill encounters a set amount of resistance, it stops rotating the bit. Some auto-feed drivers rely instead on a depth-sensitive clutch, which simply stops rotation once the fastener hits a predefined depth.

The action of the mechanism that automatically feeds screws might seem inconsequential, but when precision matters – as it often does when attaching metal – a “feed-on-return” system has no equal. Most auto-feed drivers have a “feed-on-drive” system, which lines the screw up with the bit as you begin to drive. Other systems feature a “feed-on-return” system, which lines the screw up before you drive.

Visually, this gives the user a more precise idea of where the screw will go. It allows the user to create straighter lines and line the fastener up with tapped or pre-drilled holes much more easily. 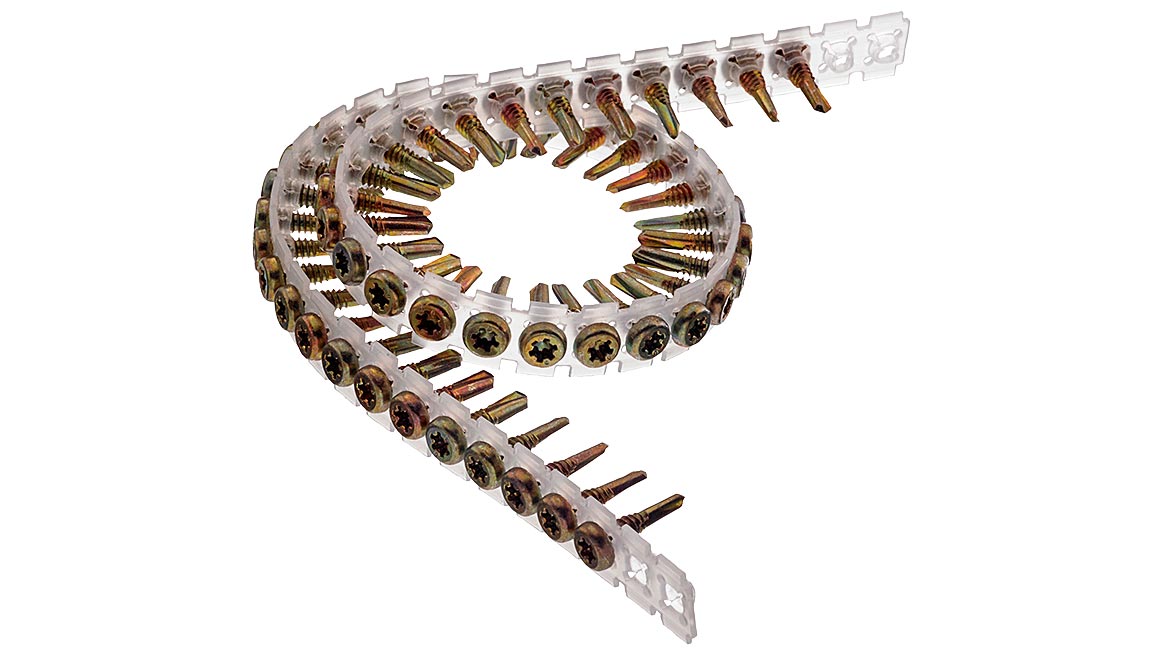 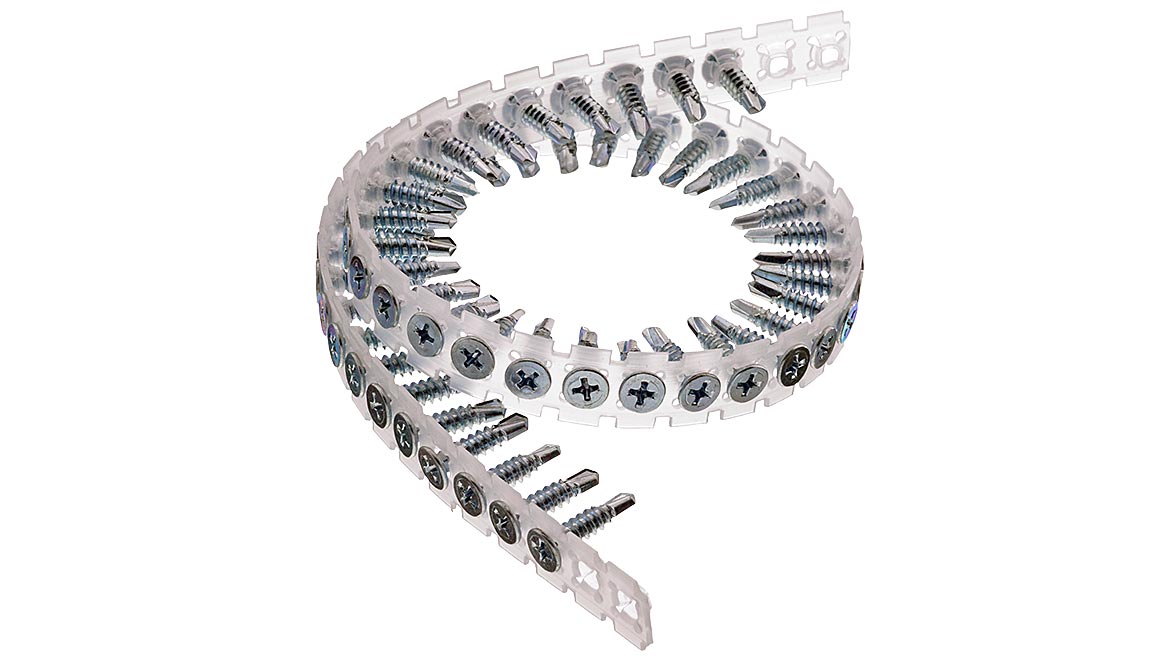 Most collated screws used in auto-feed drivers are drywall or wood-to-wood screws. It goes without saying, but these screws are not recommended for metal applications. Metal screws generally have self-tapping points, tighter threads and other features that make them suitable for metal fastening. There are a wide range of metal screws for highly specific materials and applications – make sure the driver you use accommodates collated screws of all types.

Additionally, make sure you have drive bits that are up to the job. The drive bit, for example, is similar to a star bit, but with a rounded tip. The secure fit and increased contact area between the bit and screw head is optimal for high-torque applications and reduced cam-out in metal drilling.

In case of a misplaced screw or an incomplete sink, you may need to remove the feed system to touch up your work. The best cordless drivers and attachments include an easily removable feed system, allowing you to expose the bit. This makes it easy to fix mistakes without switching tools.