After a multi-punch assault on the USGBC’s LEED 2012 rating system, Rick Fedrrizzi, President of the USGBC, was forced to announce that LEED 2012 would notf 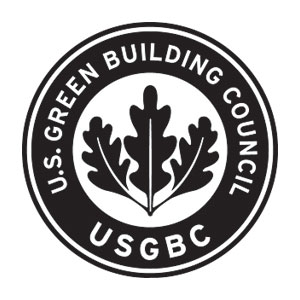 go to ballot as originally planned, would be renamed LEED V4, and would be delayed until June 2013. The lead up to this has been brewing for several months as multiple iterations of LEED 2012 were released for public comment, each of them significantly different than the last. This, in combination with a GSA report that favors a competing green building rating system over LEED, proved to be LEED 2012’s undoing.

In 2006, the GSA identified LEED as the “most appropriate sustainable building rating system available for evaluation of GSA projects “for use in construction of federal facilities.” This was a huge deal for LEED and give it instant credibility and sped its adoption in both public and private sector work. A press release on the USGBC website touted the report’s conclusions as “a major boost” to LEED and the “endorsement” of LEED by the GSA tantamount to “a de facto standard for the industry.”

The GSA is required to re-evaluate green building certification rating systems for use in federal facilities every five years. Its second evaluation was released in March 2012, and pitted LEED against the new ANSI Green Globes rating system. The report concludes that Green Globes aligns most closely with the review criteria for new construction, aligning with 25 of the 27 criteria, while LEED only managed to align with 20 of the 27.

The release of the GSA evaluation study was followed closely by a hearing conducted by the House of Representatives Science, Space, and Technology Committee’s Subcommittee on Investigations and Oversight on the science behind green building rating systems. Committee Chair Paul Broun of Georgia opened the hearing with the following statement:

“Are taxpayers saving money as a result of LEED standards? I’d like to learn why [LEED and Green Globes] are more effective than one that could be developed by DOE and GSA themselves. I am also concerned that consensus appears to be missing in some cases. Recent proposed changes to LEED for 2012 also appear to penalize some common building materials with little to no basis in science such as PVC piping. Shouldn’t we instead be focusing on saving taxpayer dollars rather than social engineering? Adopting standards that don’t save taxpayer money or tell American workers that the products they make are not welcome in federal buildings defies common sense.”

Several individuals were invited to testify before the committee, including representatives from the USGBC and Green Globes’ Green Building Initiative. The most substantive, and damning, testimony came from Professor John Scofield, PhD Physics of Oberlin College. Dr. Scofield is particularly critical of the LEED rating system and its unfulfilled promises of energy efficiency. He cites a 2008 National Building Institute study that shows “no correlation between the number of energy efficiency points awarded by LEED and measured energy consumption.” He goes on to say:

In a letter to Rick Fedrizzi dated May 18, 2012, a group of self-proclaimed sustainable design leaders representing several US-based architectural firms, a plea was made to put the brakes on the development of LEED 2012. The letter states:

“… the current version contains many elements that suggest a variety of consequences which are unpredictable, and which are punctuated by the significant variations we have observed between the four versions of the proposed changes released thus far. Furthermore, these numerous versions have continued to propose changes that are highly prone to have unintended consequences in the marketplace, credits that promote practices that are weak and not aligned with the overarching goal of transparency and performance, credits whose compliance paths include tools that are not yet in our firms’ practice toolkits or do not have clear consensus and as a result have not yet been adopted by industry, and credits for which the complexity of documentation is only adding to these challenges and therefore will diminish participation. In some cases, we fear that credits being proposed have already been proven as unachievable within the day-to-day reach of our practices. To the extent that this leads our clients to not pursue certain sustainable design strategies, our projects will be diminished in their environmental intelligence.”

I have to assume that these concerns were raised during the “open and transparent” development process and that they were ignored by the USGBC, something I am personally familiar with having seen it happen on more than one occasion during my tenure with the USGBC Materials and Resources Technical Advisory Group.

In a letter dated May 18, 2012, 56 U.S. Congressmen, both republicans and democrats, express their deep concern about proposed LEED rating system changes to GSA’s Acting Administrator Daniel Tangherlini. The letter is consistent with the concerns raised by the sustainable leaders USGBC membership group and offers even more explicit concerns:

“The proposed LEED 2012 rating system is a significant departure from the previous version and will eliminate the use of dozens of materials and hundreds of proven building products, all while driving up building costs to the taxpayer and threatening employment in our districts.

“We are deeply concerned that the LEED 2012 rating system is becoming a tool to punish chemical companies and plastics makers and spread misinformation about materials that have been at the forefront of improving environmental performance—and even occupant safety—in buildings.”

The letter concludes with a request that the GSA stop using LEED as a preferred green building certification tool if the USGBC adopts LEED 2012.

Fedrizzi’s open letter about the delay of LEED 2012 spins it simply as “100 percent in response to helping our stakeholders fully understand and embrace this next big step.” Really? One-hundred percent? That’s hard to believe in the face of the multiple blows LEED 2012 has been dealt.

So what will LEED V4 look like? It seems reasonable to me that if the USGBC is interested in continuing its cozy relationship with the GSA, it will look different than LEED 2012. And if I were the USGBC, I would additionally look for ways to more closely align LEED with the federal criteria to which it will be judged by the GSA.

What does all this mean for Green Globes? Well, if I were the GSA, I would be interested in showing those 56 U.S. Congressmen that I love Green Globes, and that I no longer favor LEED over a superior green building rating system.

We shall see. W&C

Will LEED v4 Ever Be Usable?

Is a LEED Building Healthy?