Will Synthetic Biology Save the World?

A look at Synthetic Biology and the effects it has on the world, now and in the near future.

What do skin moisturizer, anti-malarial drugs and diesel fuel all have in common? All are among several products made with genetically re-programmed yeast cells, thanks to a newly emerging science and technology field called Synthetic Biology. One of the most exciting fields in science, Synthetic Biology is a cross between biology and engineering in which blocks of DNA are custom designed, built and placed into an empty living cell to produce pre-defined chemicals. Computers are used to design and simulate specific combinations of DNA for the desired end product prior to building the DNA and implanting into empty living cells.

Yeast is the living cell of choice for this process because of its combination of relative simplicity, workability and predictable results. Human beings have enjoyed yeast’s byproducts, alcohol and carbon dioxide, for centuries for drink and baked goods. Reads like something straight out of a science-fiction novel. But it isn’t science fiction. It is happening right now.

Malaria is one of the biggest scourges of our time, a treatable disease that kills about 1 million people a year. As a former Peace Corps volunteer having served in a country where malaria is rampant, this author can personally attest to the havoc it wreaks on the human body. I contracted a mild form of the disease even though I took a weekly prophylactic dose of the anti-malarial drug chloroquine. The feeling of death warmed over within 24 hours of exhibiting the first symptoms and I found myself in the hospital soon after. At that point in time the drugs available and used to combat the disease ended in “-ine”; as in chloroquine, primaquine, and quinine—each prescribed for different stages and types of the disease (and each with a unique set of side effects).

The “-ines” drugs have been used for decades, and for decades were very effective. After about 50 years of use, however, malaria became resistant to this family of drugs, an outcome that accelerated the need for new drugs necessary to combat the disease. The search ended when a drug known to the Chinese for 2000 years called artemisinin, used for everything from fever to ulcers, was discovered to be extremely effective against malaria as well. Today artemisinin is used in combination with other anti-malarial drugs to control the disease. But there is a problem with artemisinin; it comes from a plant that is grown commercially in very small amounts, in one small part of the world, which does not produce reliable yields year to year. This is where Jay Keasling comes in. Seven years ago Keasling and his biological engineering team genetically modified yeast to produce a synthetic form of artemisinin that is now being produced in large quantities by French pharmaceutical company Sanofi. 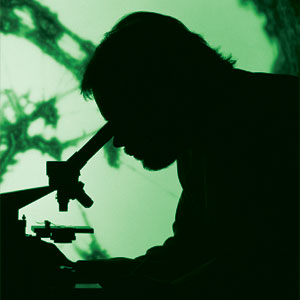 So what does this have to do with sustainability? Keasling is a leader in the field of Synthetic Biology, a field that has opened the door for all sorts of new, synthetically produced stuff. In addition to figuring out how to make a synthetic anti-malarial drug, Keasling has also developed a modified yeast that produces synthetic diesel fuel, a “drop-in” fuel that can be used in any diesel powered engine without modification. His company, Amyris, produces what it calls “renewable diesel” in its factory in Brazil using Brazilian sugarcane as feedstock because, according to the Web site:

“Sugarcane remains the most abundant source of plant sugars at low cost and with relative price stability. Brazil’s favorable climate and soil conditions help make sugarcane one of the most photosynthetically efficient plants widely available on earth.”

Plus, sugarcane is renewable, which is what allows Amyris to label its diesel renewable. Just think about it—no drilling, no refining, no transporting—just pop some modified yeast in a vat with some cane sugar solution, and out comes diesel fuel that goes straight into the tank!

According to the Web site, renewable diesel has been used in 300 public transit buses in Sao Paulo and Rio de Janeiro over a combined distance of more than 10 million kilometers and counting. Keasling claims that renewable diesel represents an 80 percent reduction of greenhouse gases, contains no sulfur and works better in engines than petroleum-based diesel. It has been a huge success. Spring boarding from this success, Keasling has developed and is in the final stages of acquiring certification for a renewable jet fuel using the same proprietary synthetic biology platform.

And Keasling is just getting warmed up. His company is aggressively engaged in the development of even more products made from its modified yeast including tires, lubricants, plastics, cosmetics and perfume in partnership with large companies (like Michelin) which will ensure that these new products get to markets very quickly, and in abundance. Keasling believes that microbes can be transformed into little chemical factories to produce any chemical desired. The possibilities seem limitless. Will synthetic biology spawn a new industrial revolution? Keasling estimates that his renewable diesel will replace as much as 30 percent of standard diesel fuel used for transportation in 20 to 30 years.

It’s not hard to imagine that Synthetic Biology could soon be used to produce substitutes for petroleum-based building materials such as paints and coatings, sealants, roofing membranes, foam insulation, waterproofing, carpet, resilient flooring and more. It would not surprise me to learn that major chemical manufacturers that provide the basic building block chemicals for these materials are already looking to Synthetic Biology as a means to continue producing these materials. And this author will be the first to specify such materials. Who knows, maybe that dusty old rapidly renewable material credit will finally be achievable!

Will LEED v4 Ever Be Usable?