According to the Statistical Review of World Energy, human beings consumed the equivalent of 132,000 terawatt hours (TWh) of energy in the year 2008. One 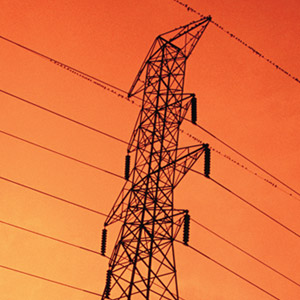 terawatt hour is equivalent to a billion kilowatt-hours (kWh). Numbers this big are difficult to relate to—but to put this into perspective, the average annual electricity consumption for a U.S. residential utility customer is just under 1,000 kWh per month (according to the U.S. Energy Information Administration), which adds up to about 4 TWh per year. The majority of electrical energy generation in the US comes from coal (45 percent), followed by natural gas (24 percent), and nuclear (20 percent). A mere 10 percent is generated by renewables, and of this wind generated power accounts for just over 2 percent, and solar 0.03 percent. It is estimated that worldwide energy consumption will increase by 30 percent from now until the year 2035. Our consumption of energy is insatiable, but unsustainably so in the way we produce it.

For all the hype about how renewable energy will save us from inevitable doom, its impact in the amount we produce annually, at less than 3 percent for wind and solar combined, is awfully underwhelming. If every building had a solar array on the roof, every yard a wind turbine, it still wouldn’t make much of a dent. And this is all the more frustrating when considering that, according to the Worldwatch Institute, the potential for annual renewable energy production worldwide is staggering; many times over what the world produces and uses annually—for all energy sources:

It has been estimated that a mere 100 by 100 square mile area in the Mojave desert could satisfy the entire U.S. electrical energy demand!

It is a tragedy that the world is not tapping into its vast renewable resources. They’re right there for the taking, so what’s the problem? There are several, but the biggest is the problem of intermittence. Wind and sun are not always available. Heating a home with solar power in the winter, at night, is impossible. Powering a manufacturing facility in the middle of the day with a wind turbine, when there is no wind, is also impossible. The solution to the problem is storage.

A battery is made of three basic parts; a cathode, an anode, and the electrolyte. A chemical reaction occurs between the cathode and the anode, separated by the electrolyte. This chemical reaction produces electricity. Battery technology has not changed much since the invention of the first battery by Italian Alessandro Volta, and although we have made some impressive improvements, batteries are still not where they need to be to make renewable energy storage a reality.

THE STATE OF THE ART IN BATTERY TECHNOLOGY

Recent advancements in battery architecture have resulted in a re-emergence of a battery that works by separating the anodic portion from the cathodic portion of battery into tanks separated by a membrane that creates the chemical reaction necessary to charge and recharge the battery. This is called a “flow” battery. In a conventional battery, all the components are interconnected and fixed. However, the electro-active ingredients in a flow battery are stored externally, and are introduced into the device only during operation. This offers many advantages over a conventional battery including greater power density, low maintenance, lower cost, and the ability to use and transport the charged electrolyte like fossil fuel. Imagine driving to a fueling station and, instead of filling your car with gasoline, you were to fill your electric car with charged electrolyte. Currently available flow batteries would require a very large amount of electrolyte fluid to power a car, but size is not a big problem used as storage for renewably generated electricity, which is how these batteries are now being used.

An exciting, radically new type of flow battery developed by researchers from MIT uses a semi-solid fluid with 10 times the charge storage density of typical flow batteries. The inventors of this semi-solid material, dubbed “Cambridge Crude” due to its black gooey appearance, estimate that the cost of their flow battery will be half that of present flow batteries. The team hopes to have a fully functioning prototype battery ready for production by the end of 2013.

Imagine living in a world that instead of burning coal, gas, and oil to power our cars, light our offices and heat our homes, wind and solar are used to charge a new kind of fuel that can be used to do all of these things. If the inventors of “Cambridge Crude” are successful in developing their flow battery system at an affordable cost, this may just become a reality. The possibilities are endless. On a large scale, semi-solid flow batteries could be used to stabilize our energy grid as more and more renewable energy production is added. On a small scale, the charged fluid could be used like petroleum – electric cars “filling up” with fully charged “Cambridge Crude” at fueling stations. Small scale renewable energy production would also be affected, allowing residences to efficiently store wind and solar power during the day for use in the evenings when it is needed most.  W&C

Benefits of the Variable Refrigerant Flow

Will Synthetic Biology Save the World?

Three Products Not to be Missed