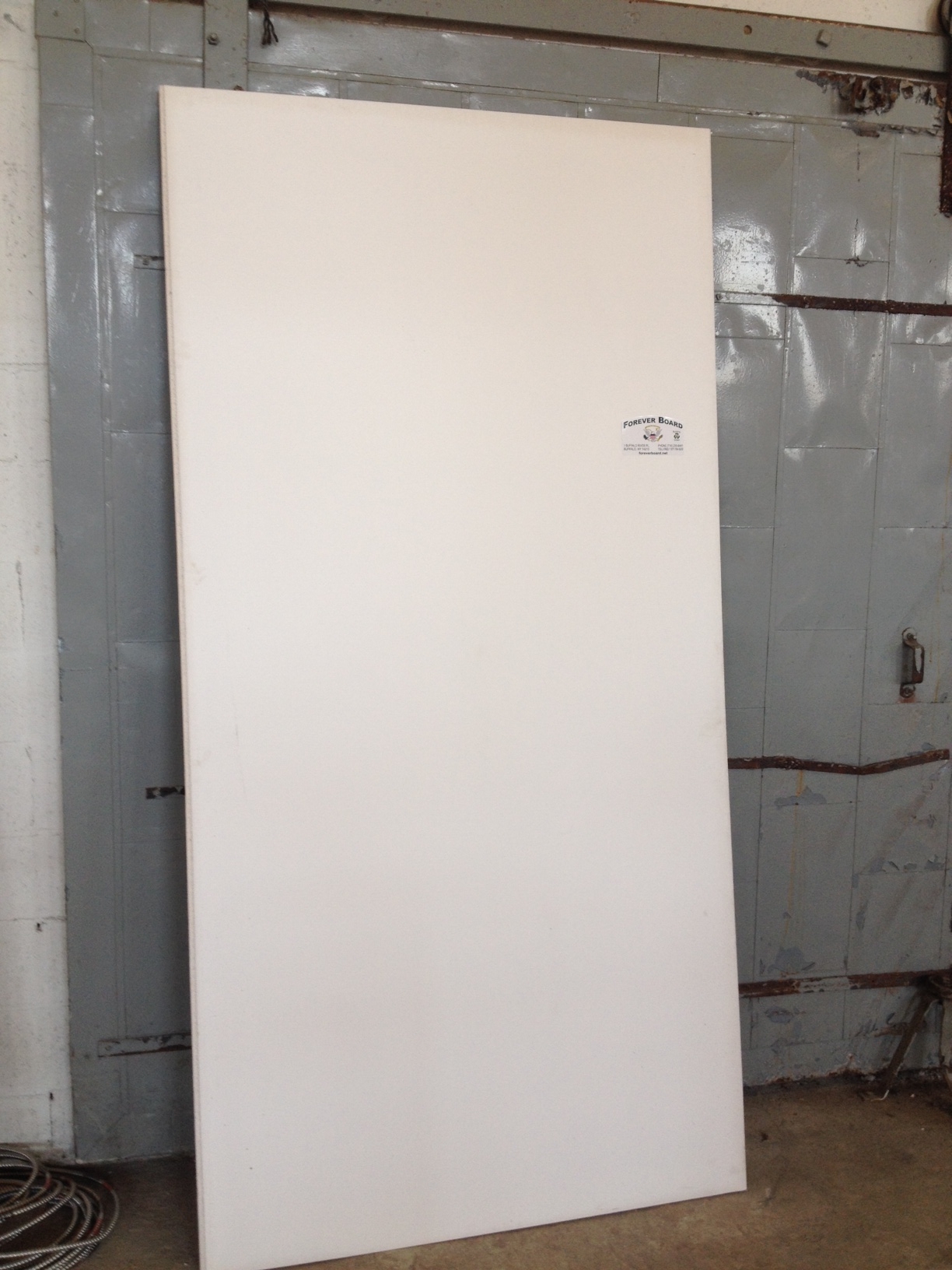 On March 10, 2014 the production lines began running for FOREVERBOARD LLC in Buffalo, NY with a product that will revolutionize the building construction industry with no carbon footprint. The experts in the industry have called it the next generation of residential and commercial building material. As gypsum board replaced lath and plaster in the 19th century building and construction industry, FOREVERBOARD dry wall will be the building product to replace interior and exterior gypsum board products in the 21st century and beyond.

Ron Voit, 2002 New York State Inventor of the Year, has developed a proprietary process that significantly improves the benefits and performance of Magnesium Oxide in the production of a board that can be used in the building industry for other purposes besides drywall and exterior sheathing. Some versions are suitable for a wide range of general building uses such as ceiling tiles, backer board for tile, and exterior sheathing, etc. and for other applications that may require
significant fire resistance, mold and mildew control, as well as sound control applications.

As an environmentally friendly building material, FOREVERBOARD has strength and resistance due to very strong bonds between magnesium and oxygen atoms that form the magnesium oxide molecules (chemical symbol MgO). The bonds formed, because of the proprietary chemical process in the FOREVERBOARD, resists water, moisture and bugs in the structure.

The term drywall has been synonymous with products such as plasterboard, wallboard, gypsum board, sheetrock or gyp-rock all made from gypsum plaster. These products will soon be obsolete as the benefits of the proprietary FOREVERBOARD becomes well known and commonplace as the next generation drywall in the building and construction industries. Since World War II drywall construction has become the prevalent process in the formulation of walls as a speedier alternative to wet walls or the then traditional lath and plaster process of constructing walls. Gypsum plaster became the primary ingredient in the process of the post-World War II drywall which replaced the lath and plaster wet wall construction process.

However it has since been acknowledged by empirical evidence that Gypsum plaster products have a considerable amount of vulnerability when used as a building material such as mold spores and damage when exposed to moisture, sulfur emissions, low fire resistance ratings and susceptibility for termites and other insects to feed on. The gypsum drywall industry has attempted many different types of expensive specialty boards which may ameliorate one or two of the concerns but has yet to find the magic bullet.

As of March 2014 that magic bullet is being produced in the USA, ironically in a converted gypsum plant in Buffalo, NY (20 miles from Clarence Center, NY where one of the first gypsum mines were being used for drywall). Since 2007 there have been other pseudo-Magnesium Oxide products that have made their way from China but none with the performance, environmentally friendly and resiliency of the made in America FOREVER BOARD.

To learn more about this product please visit www.foreverboard.net.