The U.S. Office of Management and Budget has reaffirmed its strong preference to use voluntary consensus standards such as LEED and Green Globes in the recently modified Circular A-119—Federal Participation in the Development and Use of Voluntary Consensus Standards and in Conformity Assessment Activities. Circular A-119 establishes minimum requirements that voluntary consensus standard bodies must meet such as openness, balance of representation, due process and an established appeals process. Due process requires:

The General Services Administration’s 2012 “Green Building Certification System Review” study concludes that Green Globes is better aligned with Federal requirements, meeting 25 of 27 (LEED came in a distant second meeting 22 of 27, and the Living Building Challenge trailed well behind, meeting only 14 requirements.) The study was based on the new Green Globes ANSI standard, which dovetails perfectly with Circular A-119 requirements. And although the GSA study authors believe that both rating systems meet Circular A-119 requirements, the truth is that LEED unmistakably, blatantly does not.

There is a veiled component to the LEED rating system in the form of what the USGBC calls “addenda” that may surprise those that believe LEED subscribes fully to a consensus process. These “addenda” are revisions made to the rating system by the USGBC without going through any sort of due process; changes made without any participation from users or members, and are final with no possibility of appeal. From the USGBC Web site: 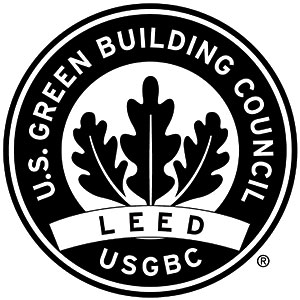 “If the composite wood product using MUF can meet the testing requirements and is found compliant with the California Air Resource Board (CARB) Airborne Toxic Control Measure (ATCM) 93120 requirements for no-added formaldehyde based resins or the requirements for ultra-low-emitting formaldehyde resins (ULEF), the product can contribute to IEQ credit 4.4.”

The recent ruling about electronic cigarettes is an example of something that could hurt an unknowing project team and prevent the conferral of a LEED certification altogether, as this is a LEED prerequisite:

“Electronic cigarettes are considered a form of smoking for the purposes of both the interior and exterior smoking provisions of the LEED Prerequisite Environmental Tobacco Smoke Control.”

Anyone that has ever gone through the LEED certification process knows all too well how complicated, time consuming and expensive it is. In addition to having to comply with the rating system requirements, project teams must also comply with thousands (nearly 2,300 for LEED for New Construction) of addenda. It is an overwhelming amount of information that teams are faced with.

A newly released study by Jeffrey L. Beard, PhD, “A Study of Comparative Sustainability of Certification Coasts: LEED and GREEN GLOBES,” compares the effort and cost involved in certifying Drexel University’s Papadakis Integrated Sciences Building, a five-story, 130,000-square-foot laboratory and classroom building that opened in September, 2011 in Philadelphia. The study underscores just how complicated the LEED certification process is in finding that “the owner’s internal costs for administering USGBC’s LEED were nearly 500 percent higher than GBI’s Green Globes.” That is not a typo.

The study found that LEED costs were greater due to a number of reasons including required documentation, high prerequisite costs, and pursuit of single point credits that ultimately did not bear fruit. The study states that using Green Globes, “the owner is not desperately seeking components that add up to points due to flexibility and greater variation in the points spread.” The study found that the project team regarded both systems as “valuable and helpful in leading the owner, professional consultants and constructors toward a highly positive sustainability rating outcome,” underscoring that there is little reason to spend the time and effort required with LEED in obtaining equal results.

Those that have experience with LEED will not be surprised by Dr. Beard’s findings. The study confirms claims that have been made by Green Globes proponents—that there are less expensive, less complicated alternatives to LEED. Attention is being paid to LEED alternatives and given their due, in some cases replacing LEED as the preferred rating system. Baltimore is an example of this. The city, an early adopter of LEED—requiring in 2007 that most buildings in the city achieve a minimum LEED Silver rating—has recently enacted legislation allowing developers to use either LEED, ASHRAE 189.1 or the International Green Construction Code.

The Maryland legislature paved the way for this change by enacting legislation in 2007 that allows local governments to adopt the IgCC. According to attorney Stuart Kaplow, Montgomery County, Maryland, is in the process of repealing its existing LEED requirements in favor of the IgCC. This is a trend that will likely be on the increase, especially once the current version of LEED (v. 2009) is rendered unavailable by the USGBC in 2015, and replaced with the controversial LEED V4.

Chris Dixon is a registered architect, Certified Construction Specifier, and LEED AP. He serves on GBI’s Green Globes Technical Committee and is a former USGBC Materials and Resources Technical Advisory Group member.
You must login or register in order to post a comment.