FIRESTOP FRAMING INNOVATIONS HAVE INCREASED EFFICIENCY AND MINIMIZED THE NEED FOR LABOR DURING RECESSIONS. YET FURTHER INNOVATION REMAINS A NECESSITY.

In the late 1970s, when the need for firestopping dynamic joints first emerged, it was the drywall manufacturers that answered the call and designed wall assemblies that could be tested per design standards found in ASTM E119 and UL-2079. At this time, the known non-combustible materials were drywall, mineral wool, steel framing, and spray-applied fireproofing, so naturally that’s what was used. Fifty-plus years later these materials are still the workhorse behind fire rated wall assemblies.

HW-D-0001 provided the first dynamic joint system. This system did not require any fire sealant or fire spray. However, it did require a unique wall assembly that utilized field cut drywall rips attached to a metal angle. The drywall rip and metal angle were placed over the finished drywall and joint as a way of protecting the open joint.

The upside to this joint assembly is that it could be built by a single trade, which would generally be the framer, drywaller, or carpenter. This system provided substantial dynamic movement and there was no need to bring in a secondary trade to install additional firestopping.

The downside to this joint assembly is that it is very labor intensive to install, and it only had UL joint listings for two different assemblies; concrete and perpendicular to fluted deck. 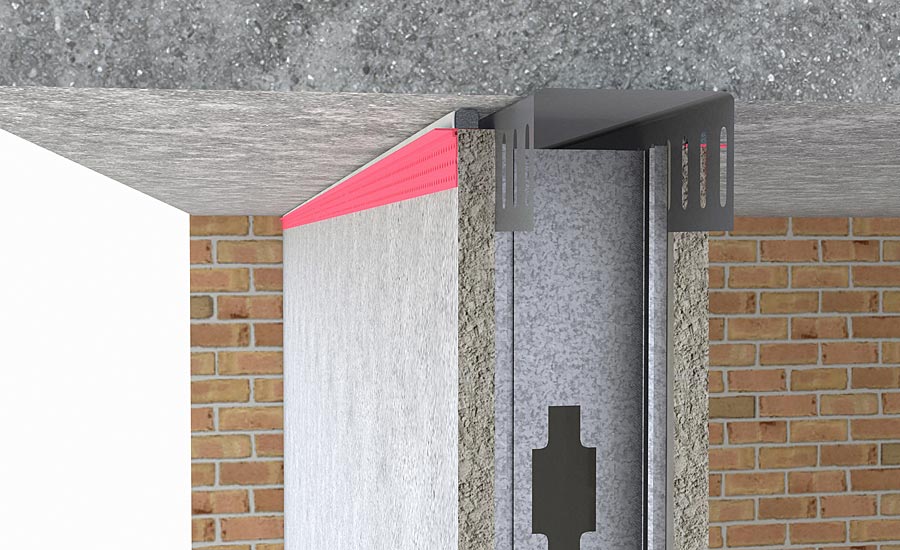 Since many other tested joint systems were still required to complete a given project, a new industry of fire sealant and fire spray was launched. This approach to joint firestopping utilized fire sealants and fire sprays installed within the joint (fill material). Since fill material was installed within the joint, this type of joint system became known as an “encumbered joint.” Meaning it provided a certain percentage of movement based on the flexibility of the fill material.

This was a vast improvement to current limited joint listings. Ultimately this new approach resulted in hundreds of new UL joint listings coming out over the last 40 years. These UL listings were tested per UL-2079 which included a combination of head-of-wall, bottom-of-wall, and wall-to-wall joints. Additionally, Intertek has a wide variety of joint listings tested per ASTM E1966 for the various joint assemblies required in today’s construction industry.

The downside side is that unlike HW-D-0001, that provided 100% unencumbered movement, these new encumbered joints provided far less movement. In addition, given the installation complexity of many of these joint systems, special training and certification is required for installers. 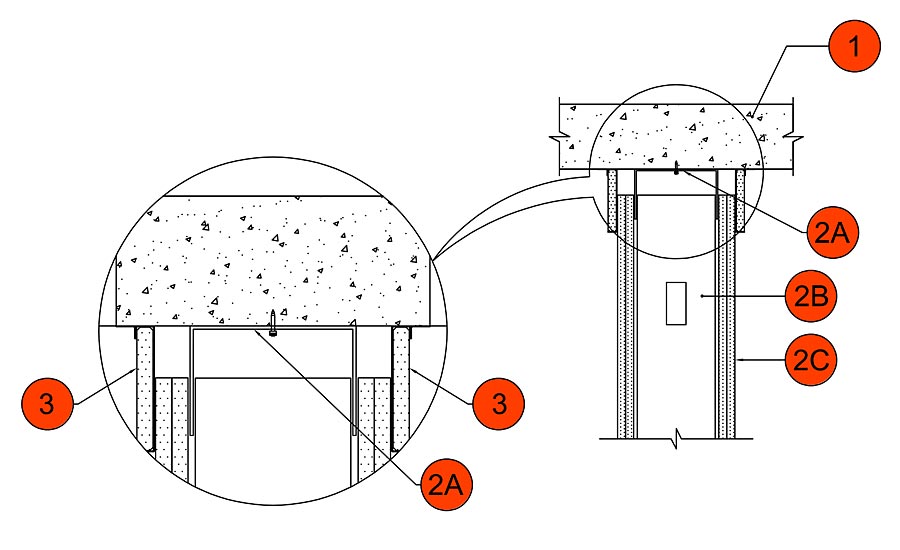 Coming out of the Great Recession of 2008, the labor pool never rebounded to post recession levels as many high school and college graduates gravitated toward the tech and software fields, leaving the labor trades scrambling to find able bodied workers to join the ranks. This, combined with the new IBC 2012 requirement for third party firestop special inspections, put enormous pressure on builders finding workers with the proper skillset to properly install firestopping. Once again, the firestopping manufacturers stepped up and developed products that required far less training, and less skillset to properly install firestopping.

These new products are fully cured, meaning they install dry (unlike fire sealant that installs in a wet state) and can be inspected the day they are installed. These products are generally known as “devices.” Devices can be used on pipe penetrations as well as joint firestopping. Almost all firestopping manufacturers offer some type of device firestopping. Some devices install directly to the framing member prior to being installed into the wall, while other devices are categorized as “fire rated drywall accessories,” meaning they install over the drywall to seal off and protect the deflection joint.

The upside is that contractors now have several new options that require a lower skillset to properly install. These joint assemblies can be installed by a single trade, which would generally be the framer, drywaller, or carpenter. Firestopping manufacturers provide training, technical support, and engineering judgements which are critical when working with the AHJ or firestopping special inspectors.

The downside is that some of these device products offer limited movement and have limited third party joint system listings. Fully understanding the type of device you are using is very important to make sure it will provide the required amount of dynamic movement for your project. 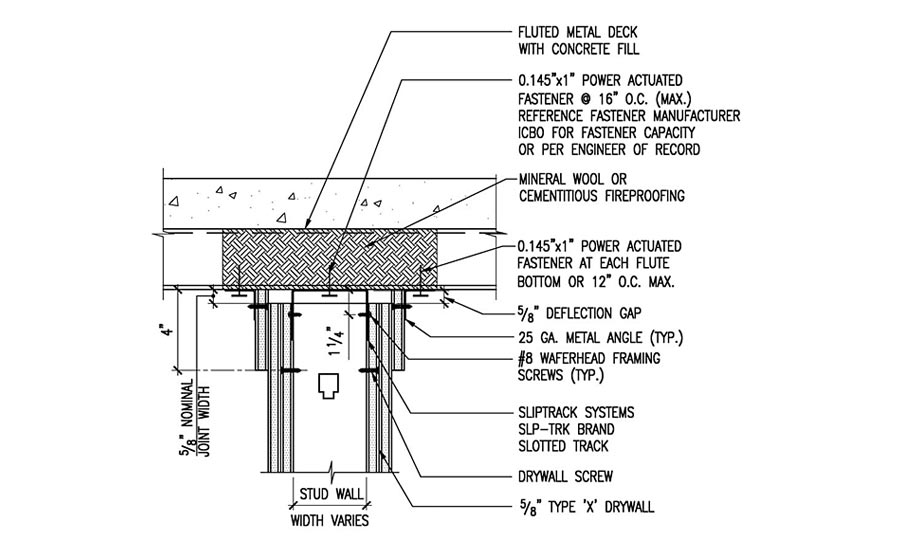 Where We Are Today

Today’s construction industry faces obstacles on several fronts. For starters, the amount of deflection required by structural engineers continues to increase. Data centers, factories, and warehouses typically require taller walls that tie into the roof. These wall assemblies can require up to 4 inches of overall dynamic movement. Encumbered fill materials will not provide that type of higher dynamic movement. This type of dynamic movement can only be provided with unencumbered joints that are typically framed into the wall assembly utilizing drywall rips. Up until now there have only been two choices for this type of high deflection joint system. This joint system utilizes field cut drywall rips with metal angle and has limited third party testing. The joint system is also very labor intensive. In today’s world, where labor isn’t exactly copious, this is not a good thing. Similarly, builders may also use a custom T-shaped track that also requires additional field cut drywall rips, and fire sealant. Again, this approach is labor intensive and has limited third party joint assembly listings.

However, this need for greater deflection has manufacturers continuing to innovate. Sometimes that innovation goes full circle by improving on earlier designs. One product does just that by providing greater deflection (up to 4 inches) of unencumbered dynamic movement in an easy to install, single step joint assembly.

Fire Rip is a drywall rip factory encased into a metal angle on three sides. No need for field cut drywall rips. This allows the installer to merely install a finished fire rated product over the finish drywall. Unlike those earlier versions, it does not require fire sealant or fire spray. In addition, it has several third party joint systems tested through UL to ensure that most of the joint assemblies required on the project are covered by a tested assembly rather than having to rely on engineering judgments.

Don Pilz has more than 35 years of experience in cold-formed steel framing, stucco assemblies, and interior fire and sound-rated assemblies. Pilz has not only installed and supervised projects from the steel framing to the finished wall, but also worked alongside designers, architects and inspectors to balance performance and design.