Norwegian Cruise Line recently constructed a huge new terminal in Port Miami, FL that can accommodate ships of up to 5,000 passengers.

Dominating the terminal’s passenger waiting area are three large floor-to-ceiling, barrel-shaped drywall structures nicknamed the “pearls.” Inspired by a nautilus shell, the longest is 809-feet and the shortest is 266-feet. The largest is nearly 118-feet high and the smallest is 73-feet high. 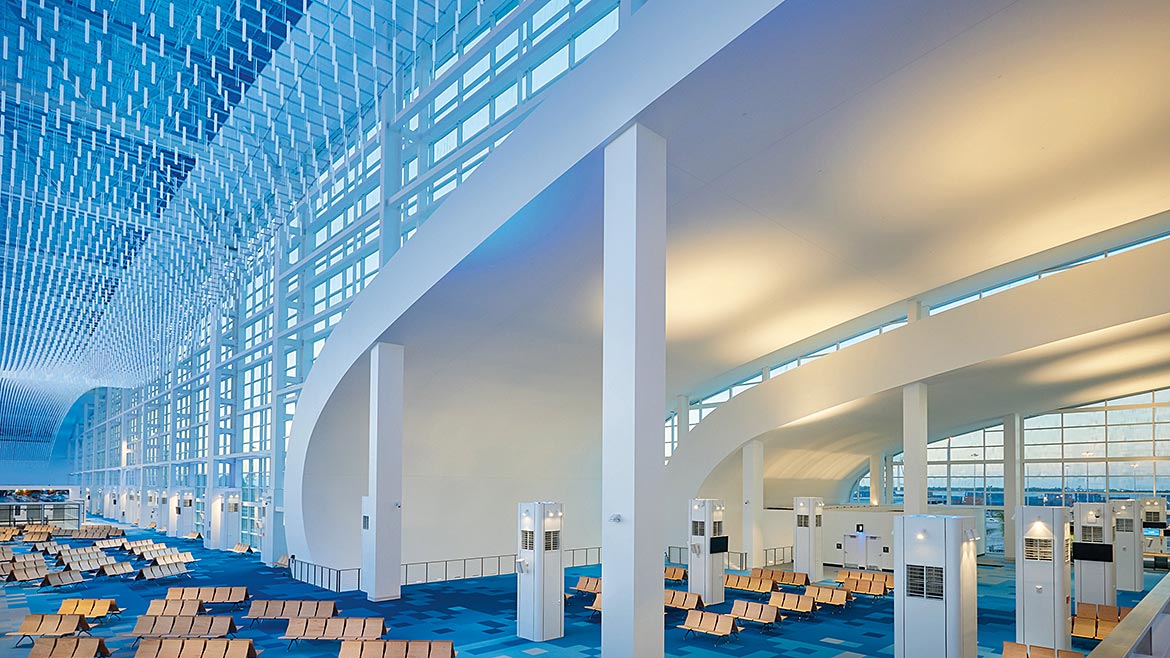 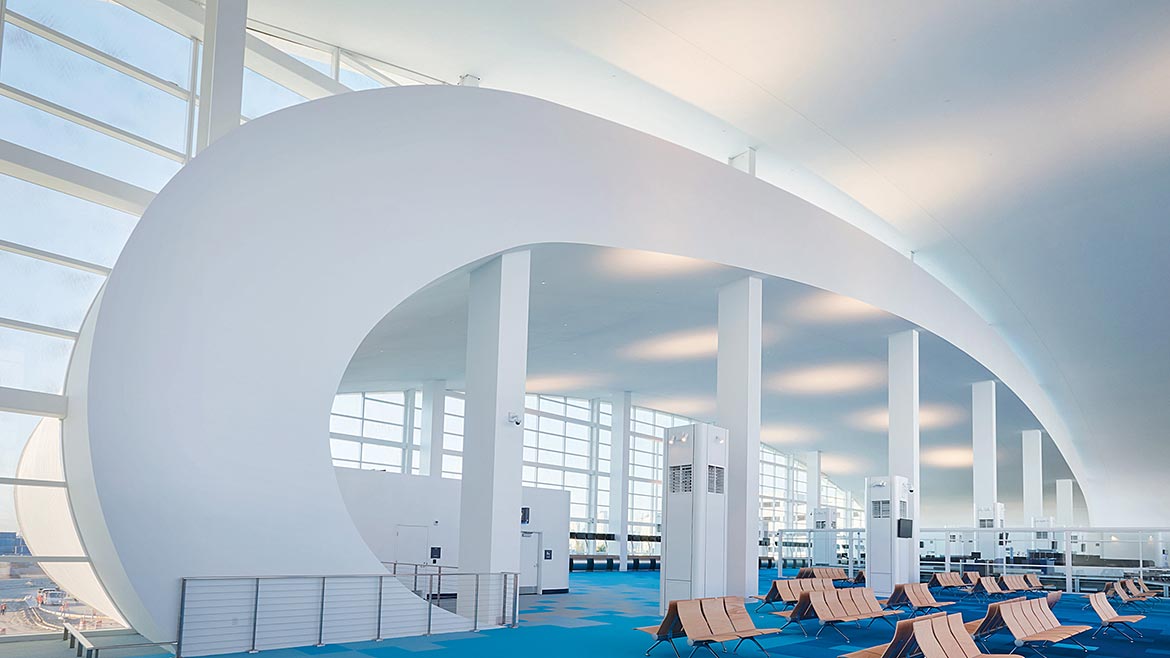 Irvine also notes the original design called for metal stud framing, but he switched to a drywall grid system. “This was a huge expanse that was perfect for drywall grid,” he says. “Drywall grid met all load requirements and converted to a much faster, easier installation. “We took a complicated framed ceiling design and made it relatively easy.”

Armstrong also provided training, especially regarding bending the mains.” Mains were bent only at the ends of the “pearls,” Irvine states. “The radius is so large in the midsection, we didn’t have to bend the mains, only camber them about 1/8 of an inch.”

“Production was fantastic,” Irvine adds. “No way could this ceiling have been done other than with drywall grid. If it had been stick-framed, it would have been much more labor. By switching to drywall grid, time and labor were saved and the schedule shortened by 40 percent. 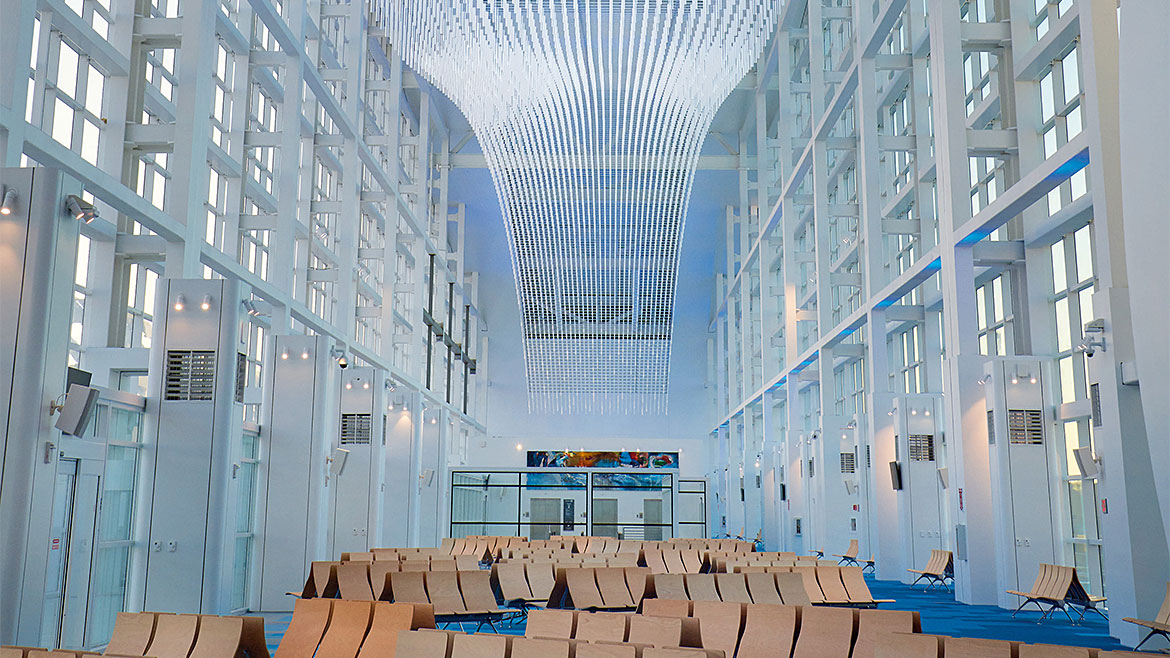 Towering above the passenger waiting area is a unique undulating custom ceiling that mimics the wave in the cruise line’s logo. It measures 768-feet long and 36-feet wide.

A total of 6,808 acrylic tubes are suspended from the ceiling’s custom curved grid. Seventy percent of the tubes are frosted and 30 percent are clear. Colored LED lighting throughout the interior shines onto the tubes, creating different visual effects depending on if a tube is clear or frosted. The ceiling grid that holds the tubes is suspended from a curving roof deck and features curved main beams at 9-foot-4-inch centers and straight cross beams at 2-foot centers.

“The architect had a conceptual idea of what he wanted to do and we brought it to fruition,” said Armstrong Installation Systems Specialist Wade Little who worked with the installing contractor to bring the architect’s vision to life.

The new Norwegian Cruise Line Terminal B is the winner of the 2021 Gold Construction Excellence Award from the Ceilings and Interior Systems Construction Association. Mark Paternostro is senior project manager, Architectural Specialties, for Armstrong World Industries. He can be reached at mfpaternostro@armstrongceilings.com.

The Money and Time You Save Is the X-Factor