From Intern to President

IN A TIME OF CRITICAL SHORTAGES, DON’T UNDERESTIMATE THE VALUE OF EXISTING EMPLOYEES OR THE POWER OF PROGRAMS THAT ENCOURAGE NEW RECRUITS TO GO THE DISTANCE

As a college student in the early ’90s, Erik Santiago thought his construction degree would lead him to work for a general contractor. 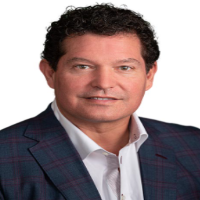 But when it was time for his internship, Santiago took the one offered to him by Tampa specialty contractor KHS&S because he thought it would offer a more hands-on experience.

His instinct was right. Some weeks he would find himself working on five different job sites including office buildings, hospitals and schools during that semester in 1993. He filled in wherever he was needed—in the office or in the field—from working on proposals to tracking materials. He even earned a forklift certification when a job was short-handed.

Santiago gained a wide variety of experience in a short amount of time, just like he had hoped.

What he didn’t predict, however, was how the company would welcome him like family, and how his boss would keep in touch with him after he returned to Gainesville to finish his last semester at the University of Florida.

So, when he graduated and had multiple offers for employment, he chose KHS&S, if only “just for a while,” as his then-girlfriend, now wife, finished school. He never dreamed that 27 years later, he would have built his entire career at one company and would be serving as only the third president in KHS&S’ remarkable 38-year history.

While his story of rising through the ranks to the top job is unusual, he’s not alone at the company. And that’s by design. As a private, non-family-owned company, the opportunity for partnership is a major draw and a company model that has proven to serve individuals and company continuity.

Former intern Rob Evans is now a senior vice president and partner leading KHS&S’s Pompano Beach office. Senior Vice President Jess Robinson, who began his 20-year career at KHS&S working in the field, is now a partner and Tampa division head. Each of KHS&S’s 15 partners joined the company between 1991 and 2003.

And the trend doesn’t stop with partners. In 2021, approximately 25 percent of KHS&S’s East Coast work force have tenures of 15 years or more. More than 37 percent celebrated 10 years or more with the company.

The reason for this longevity? KHS&S has stayed true to a culture that recognizes individual worth and rewards loyalty. It’s something KHS&S takes seriously. And it’s a strategy that has paid off, especially as companies wrestle with ongoing shortages of skilled labor due to changing work structures and the global COVID-19 pandemic.

Despite periodic job site shortages, the company has retained most of its work force, key office staff and field supervision. 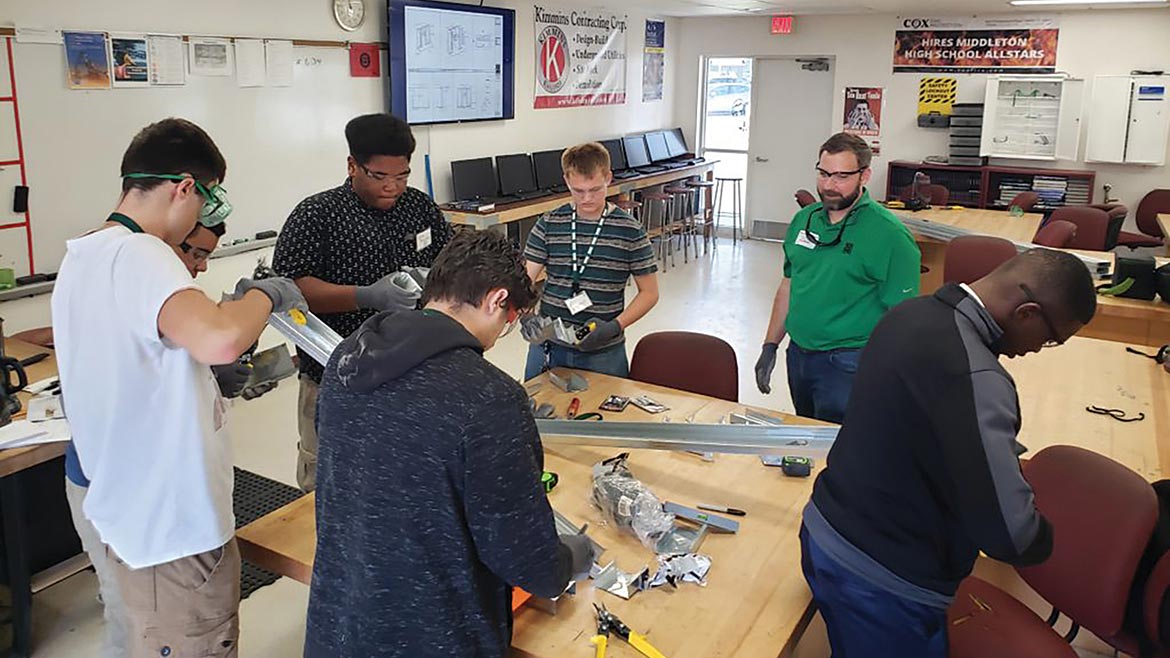 Just like in Santiago’s experience, desire to be part of a work family inspires employees to come to KHS&S. It’s also the reason why they don’t leave. It’s more than just the regular company outings or ball games. It’s an overall feeling of family, value and empathy.

Before he was an owner, Santiago’s mom passed away, and the company partners showed up at her funeral. He saw they cared about him as a person, not just a worker.

Now he and other leadership return the kindness. They attend weddings and funerals. Erik has even ended up at the hospital for the birth of one of his colleague’s grandkids. It’s a fabric of the company that has endured and continues to serve the company, even in industry-wide upheaval.

But even workforces with low turnover erode with retirements and relocations. So KHS&S has taken proactive steps to create a pipeline of employees to help KHS&S and other companies in the industry thrive.

College internships, like the one that brought Santiago to KHS&S, continue to be crucial to growing the next generation of company leaders. But they are just one piece of the puzzle.

KHS&S also has an internal apprenticeship program, which trains new craftsmen for the company’s specialized scopes of work. Apprentices rotate through structured on-the-job training opportunities that expose them to each of the company service offerings. Rotations also allow them to work alongside multiple types of workers, creating bonds and relationships that help foster a sense of team and unity—critical values impacting workers’ desire to stay on the job. 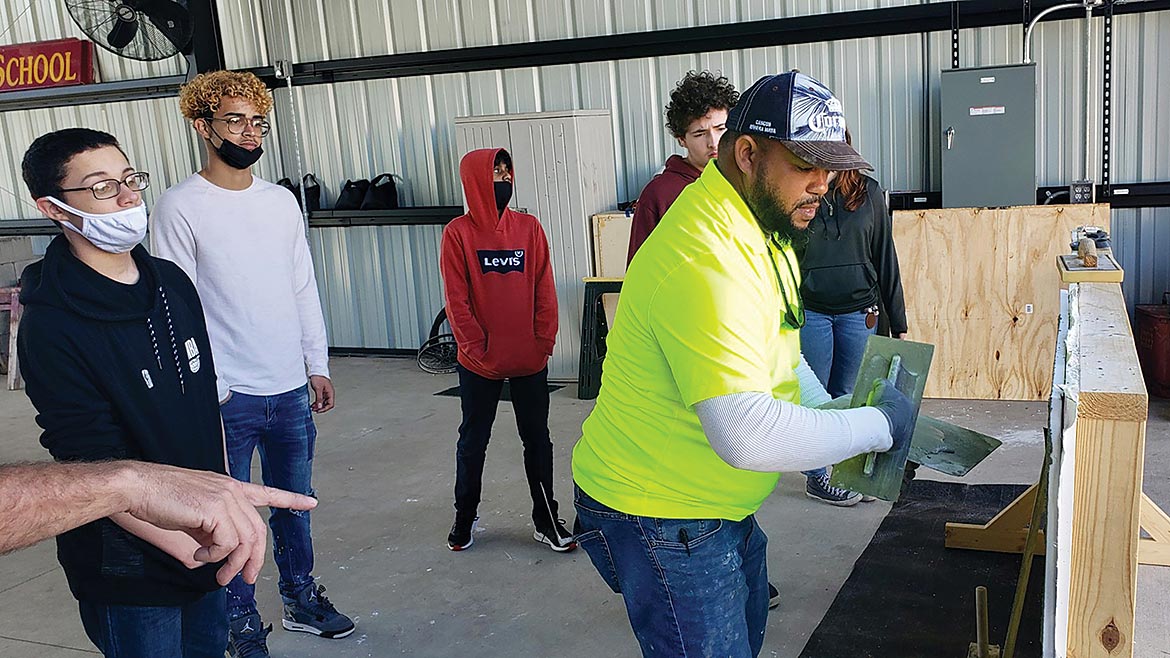 KHS&S is even investing in attracting high school students to the industry and, hopefully, to the company. What started with material donations to a public school construction education program has evolved into a multi-year program that puts KHS&S workers in the classroom teaching students the fundamentals of commercial construction, from framing a wall, to installing drywall, to job site safety.

The program has recently expanded to include construction design. Cooperation with an engineering-focused public magnet school allows students to participate in modeling real-life KHS&S projects while giving them the experience of working in an actual corporate work setting. The company is also sponsoring a local technology student association where students compete nationally in areas such as architectural design, engineering design, CAD architecture, and CAD engineering—all skills that align with key KHS&S services.

Reminiscent of Santiago’s experience, leaders keep in touch with students, who have returned during holidays for additional work stints.

Of course, not every apprentice, intern or student is a fit for the company. It’s a vetting process on both sides. KHS&S only “on-boards” those who really want to learn and have shown traits that will help them be successful for the long-term in KHS&S’s team-focused structure.

And Santiago is up front with students and community leaders in explaining that students need to determine their own life path. Although the company is offering multiple ways to enter the construction work force, each person must pursue their own dreams, just like Erik did as the first in his family to attend college instead of following his parent’s path of entering the military.

But for students with aligned goals, the right mindset, excellent communication skills and a willingness to learn, KHS&S can help make their dream a reality.

And you can bet Santiago is keeping an eye out for new ways to embrace and encourage interns, apprentices and students who land at the company.

Who knows? In another three decades, one of them might be the next to take the helm of KHS&S.

Janet Puglisi is director of marketing and communications at KHS&S-East Coast. She will soon celebrate her 24th year at the company. She can be reached at janet.puglisi@khss.com.