As mentioned in the EIFS Briefs (September-October-2021.pdf on eima.com), the New York City Council passed an updated code that will take effect on November 7. Filed under Int. No. 2261-2021, the new code “completes the most recent code revision cycle with amendments to the New York City Building, Fuel Gas, Mechanical and Plumbing Codes, based on the 2015 editions of the International Building, Fuel Gas, Mechanical and Plumbing Codes published by the International Code Council, where necessary, modifying or adding new text tailored to the unique needs and characteristics of the City’s built environment.”

One of the code’s modifications that is “tailored to the unique characteristics of the City’s built environment” is essentially banning the use of EIFS in NYC as we know it. The new code goes beyond the IBC requirements of NFPA 285 testing by calling for modifications to buildings that use foam plastic insulations, including extensive use of fire-blocking to cut off concealed spaces within the wall covering around wall openings; in alignment with the slab edge for a height of not less than 8 inches at maximum intervals of 20 feet vertically and more.

What EIMA is Doing:

EIMA mentioned that passage of this new code was expected at last fall’s October “Fall Committee Week,” the previously-referred to issue of EIFS Briefs and the recent Annual Meeting. The bill for the new code is over 2,900 pages long, includes 600 major updates and thousands of smaller changes that all result in a scope that cover a number of industries and interests that go beyond exterior cladding.

At the same time, EIMA’s board has agreed that EIMA must advocate on behalf of the EIFS industry. The attack on exterior insulation and the EIFS industry was manifested largely by a misguided policy reaction to a terrible fire in a different jurisdiction on another continent in a building that was not clad with EIFS. The Grenfell Fire tragedy in 2017 was absolutely horrific, but study of the issue has indicated there were many issues contributing to this horrible tragedy that were completely unrelated to exterior cladding – much less EIFS. What resulted was a toss-out of the long-tested, approved, widely recognized NFPA 285 standard as a means to evaluate lateral fire propagation characteristics, and instead was supplanted with a new, largely indistinguishable code section that prescriptively requires fire blocking.

Given these dynamics, EIMA has pursued a two-track solution for the prospective EIFS-as-we-know-it ban mandated in the new code. 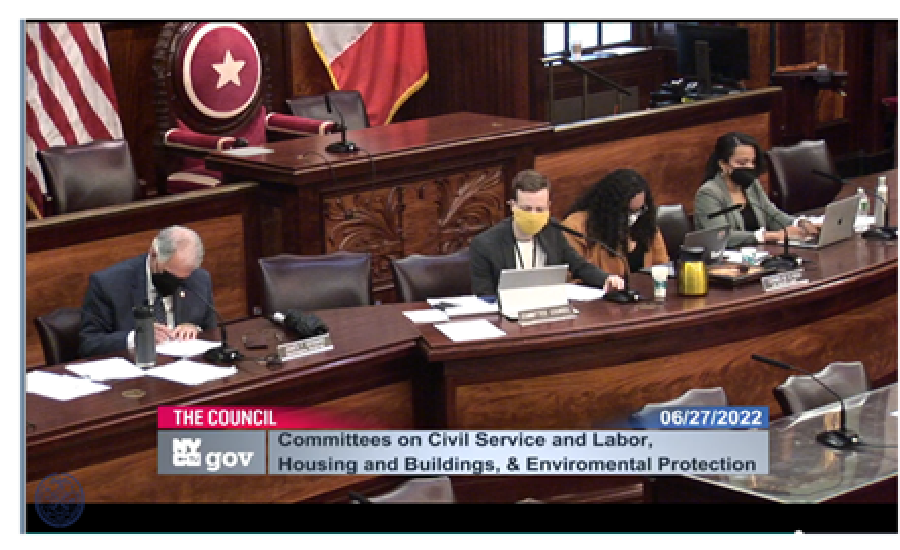 Interfacing with the NYC Department of Buildings via the American Chemistry Council’s North American Modern Building Alliance: EIMA is an executive committee member of this group, and EIMA’s Stephen Sears was elected chair of this group earlier this year. With its outstanding technical expertise, NAMBA is communicating directly with the NYC Department of Buildings and has emphasized the fact that buildings that pass NFPA 285 have a superb track record of fire safety in high-rise construction. Moreover, requiring the use of fire-blocking will add time and expense to a system that has already been proven to work, and it may not improve the testing outcome.

Building a Coalition to Recognize NFPA 285 Under the Guise of Climate Action. The position EIMA is taking – which Mercury Public Affairs outlined at EIMA’s Annual Meeting – is that if New York City wants to realize the ambitious climate change goals that the city council passed in 2019 with Local Law 97, then foam plastic insulation – and specifically EIFS – will have to be part of the solution. Mercury is helping the industry develop a coalition with real estate, building engineers, architects, labor, contractors and other potential allied groups.

Additionally, EIMA is taking a proactive approach itself on behalf of the EIFS industry. Last week, Stephen Sears testified at a Local Law 97 Hearing held by three New York City Council Committees: The Committee on Environmental Protection; the Committee on Civil Service & Labor; and the Committee on Housing and Buildings. EIMA wrote a detailed LinkedIn post after the hearing and Sears emphasized that EIFS is an ideal cladding solution for the war on carbon and has already been used successfully in several hundred buildings in all five boroughs.

While the revised New York City building code is still on schedule, EIMA is continuing to educate stakeholders about EIFS’ usage, performance in NFPA 285 testing and ability to fight the war on carbon. After all, it would be damaging if EIFS’ usage was curtailed and NFPA 285 was summarily redefined - because of misinformation and misperception. Consequently, EIMA’s consistent position has been to allow EIFS to be used as defined by the requirements outlined in the current International Building Code. No more. No less. 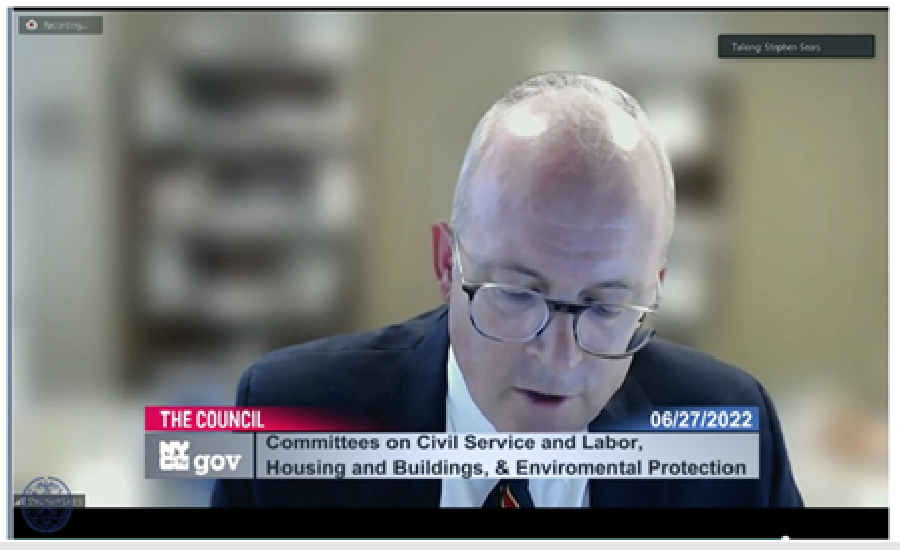