Fort Worth, Texas, recently was named the second fastest-growing city in the United States by the U.S. Census Bureau, and this growth is quickly spreading into surrounding suburbs. The 27,000-student Northwest Independent School District offers one example. A December 2021 report noted more than 4,300 new home starts within the district’s borders in just the previous year, with 2,200 new students enrolling during the same period.

District leaders know that amenities are important to these new arrivals and recently unveiled the system’s first aquatic center, with Olympic-quality swimming and diving facilities – and an eye-catching exterior design highlighted with a wall of reflective metal tiles. The new 80,000-square-foot center, which includes a 50-meter competition pool and a 25-yard practice pool, along with space for weight training and sports medicine, has been a long time coming. The district’s four high schools have had to rent practice time from other districts for their swimming and diving teams for years. Now, they’ll be able to host events for others, with ample seating for 850 spectators. 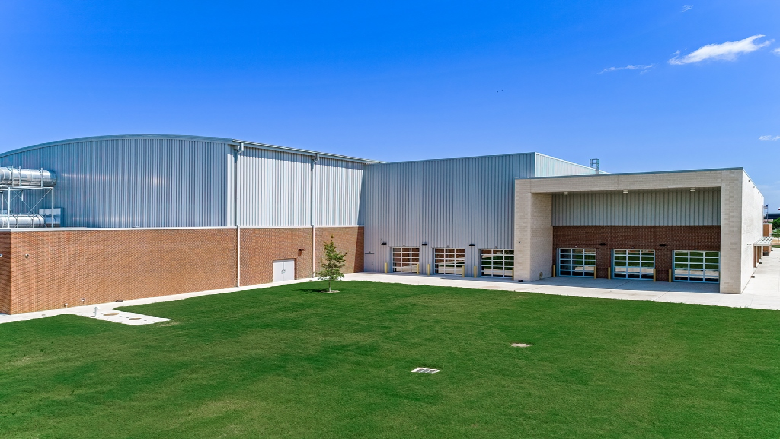 Visitors shouldn’t have any trouble locating the facility from the road, thanks to the striking reflective metal tiles that stretch across the façade, serving as a background for the building’s main signage. Their aqua-toned reflective hue creates the appearance of ripples across the wall, like one might see in a pool filled with swimmers. 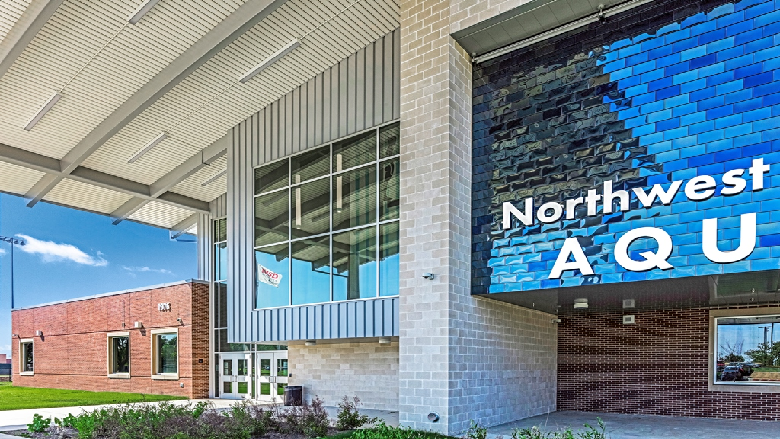 Unusually, the client specifically requested the designers with Huckabee Architects to specify Petersen for the tiles (owners more frequently leave such decisions to their architects or contractors). “They just liked the look of the tile,” says Dwayne Maynard with Heritage One Roofing, the Dallas-based company that installed the wall system. 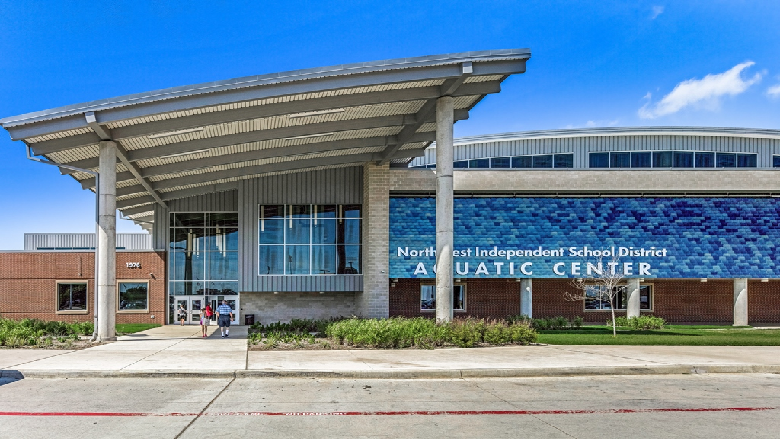 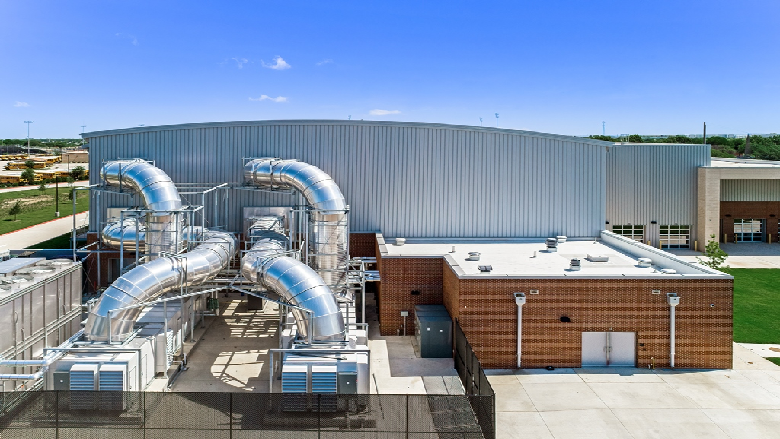 The choice of Petersen suited Heritage One Roofing’s team just fine, according to Maynard, who says his company has a long history with the supplier. “I use Petersen 99% of the time, if I can,” Maynard says. “I’ve dealt with Petersen for 25 years – the service is good and salespeople get back to me on time.” 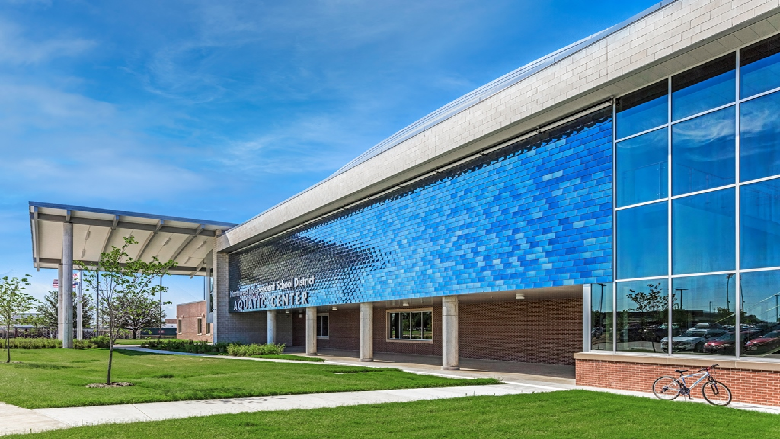 The project kicked off just as the Covid-19 pandemic began, causing havoc with construction schedules and supply chains, which put some added pressure on Maynard’s team. “The project just got behind because of materials issues with other trades,” Maynard says. “We worked a lot of overtime – we were working seven days a week and 10 hours a day for most of it.”

The extra effort paid off, though, with a satisfied client. “They love it,” Maynard says. “It looks nice – it turned out good.”