The construction industry is constituted of several major trades, including framing, roofing, flooring, plumbing, etc. All of the various trades have many materials available to properly construct and require extensive training to install or apply. This report is designed to address the multiple product categories and techniques for creating decorative and protective wall finishes. We will examine four product categories, which require specific types of tools and are manufactured with specific material ingredients. Each has their own range of decorative effects.

Surprisingly, the most common wall finish of all is not addressed in this report. Paint is certainly predominated, serves structures well and has decorative applications, but the four categories we address here are generally more labor-intensive and require more training and skill for application than most paints. Please note ceiling treatment is not addressed here and could have its own category.

In the United States, gypsum plaster can be considered the grandfather of wall finishes. White cementing material made by partial or complete dehydration of the mineral gypsum, commonly with special retarders or hardeners, render the plaster product. It began as a “hardwall plaster” applied onto wood lath strips, often at a nominal thickness of 3/4 inch. 20 years later, the gypsum plaster was applied to a special gypsum board with round holes, called rock lath, in which the plaster was anchored. Twelve-inch steel trowels and flat handled hawks were created to apply the plaster.

In the early days, gypsum plaster was generally painted or tinted with cement color powder to achieve a degree of decoration. It was during this era that plaster unions were created to train and protect the wages of the members.

As gypsum drywall was created in the mid-1900s, a new formula for gypsum plaster was created to apply the plaster as “thin coat,” or veneer plaster. Application techniques using special plaster trowels were developed to have more decorative effects and even polish the veneer plaster. This plaster was often termed “diamond finish.”

During the era of the development of gypsum plaster, the exterior of residential and many commercial buildings were clad with stucco systems. The systems were installed manually with one crew applying 20-gauge stucco wire to the framing and Jumbo Tex moisture barrier paper. Another crew troweled cement and sanded base coat in two passes to a thickness of 3/4 inch. The first coat was scored with a plaster scratcher tool to ensure that the second coat would bond when it hardened in place. The second coat was leveled and smoothed out with a mahogany wooden 6 inch by 5-foot darby. The two coats were termed “scratch” and “brown coats.” A third and last coat was toweled to create either a textured or smooth finish, which was factory tinted with a chosen color from a color chart. This cement-based finish material with appropriate aggregate came to be known as stucco. For nearly a half-century, colored cement-based stucco was the decorative finish for most exterior cement plaster systems.

In 1972, at the AWCI trade show in Phoenix, two new players from Europe emerged as the counter to cement stucco: Dryvit, brought over by a Rhode Island businessman, and Sto, a German family finish product line settled in Vermont by the Stotmeisters. Dryvit and Sto were here to stay, and each introduced acrylic technology with features superior to cement stucco. These finishes were weather-resistant and moisture protective as well as more color fast, with many more decorative textures than stucco. Time would tell that acrylic finishes would virtually take over the exterior finish market, leaving cement stucco in its wake.

Not only did Dryvit and Sto lead the way of introducing acrylic finishes, but they had another hold card with the acronym EIFS, or Exterior Insulation and Finish System. This system incorporated a white foam board, generally 2" thick. The board was adhesively applied to exterior gypsum wallboard, then covered with reinforcing mesh embedded in an acrylic modified cement coat. The system was then prime coated and finished with the same acrylic finishes being used over cement stucco systems. EIFS were then, and are still today, competitive with stucco systems. They have advantages, including more crack resistance and affordable secondary insulation for the structures they are applied to. Additionally, there are approximately one dozen EIFS competitors in the U.S. today. 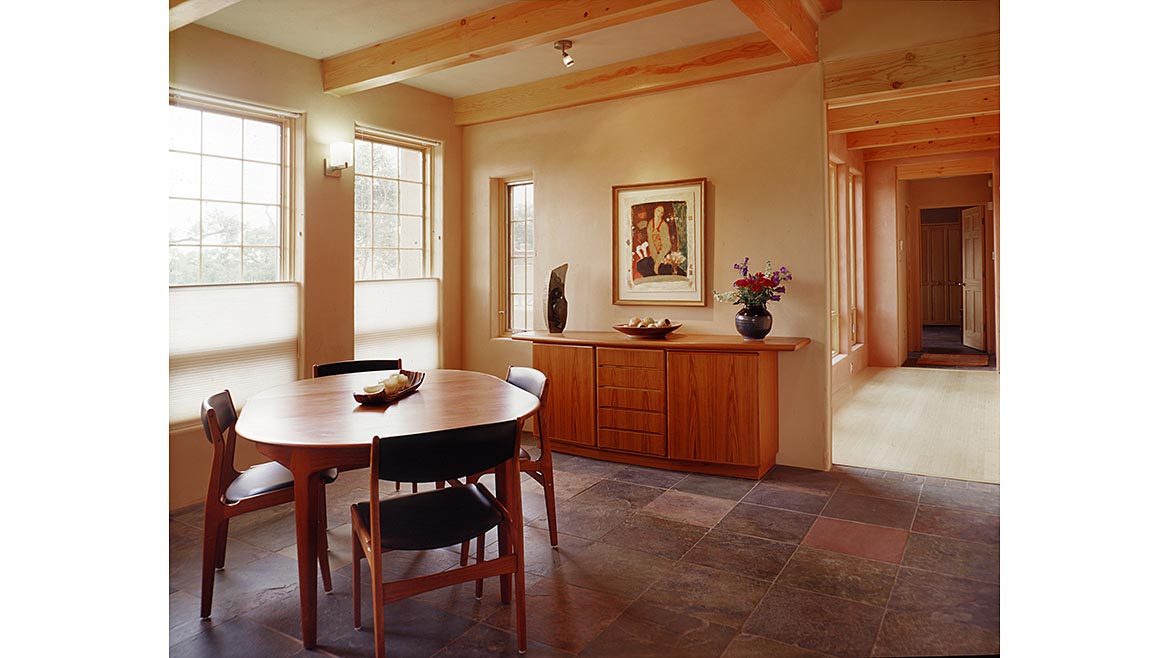 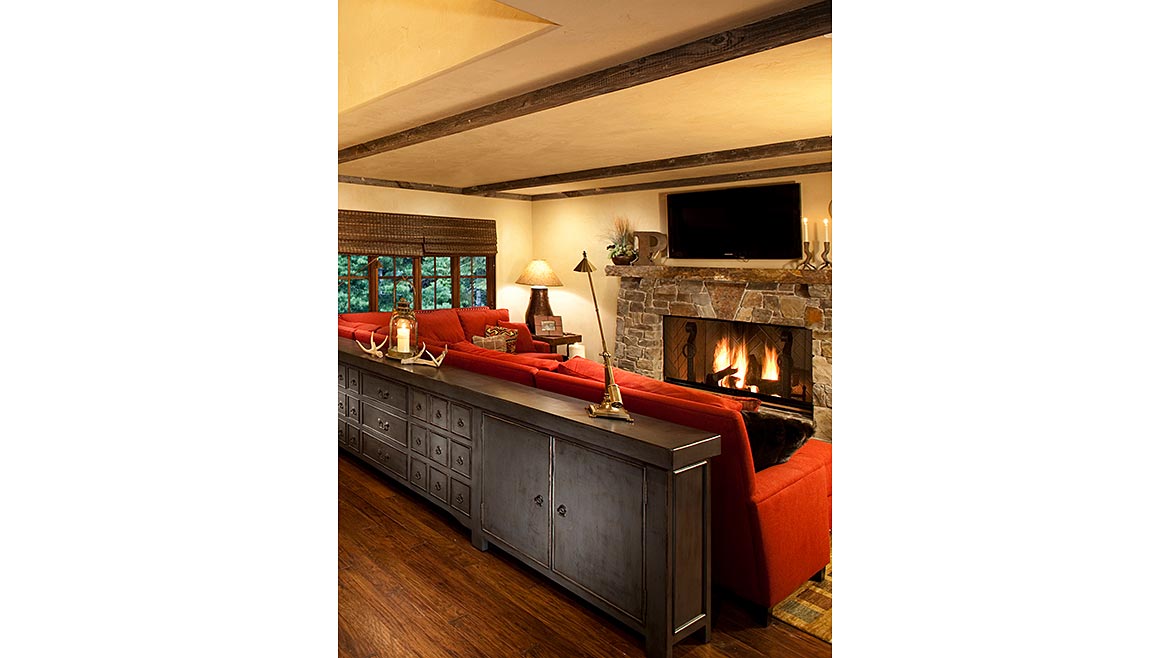 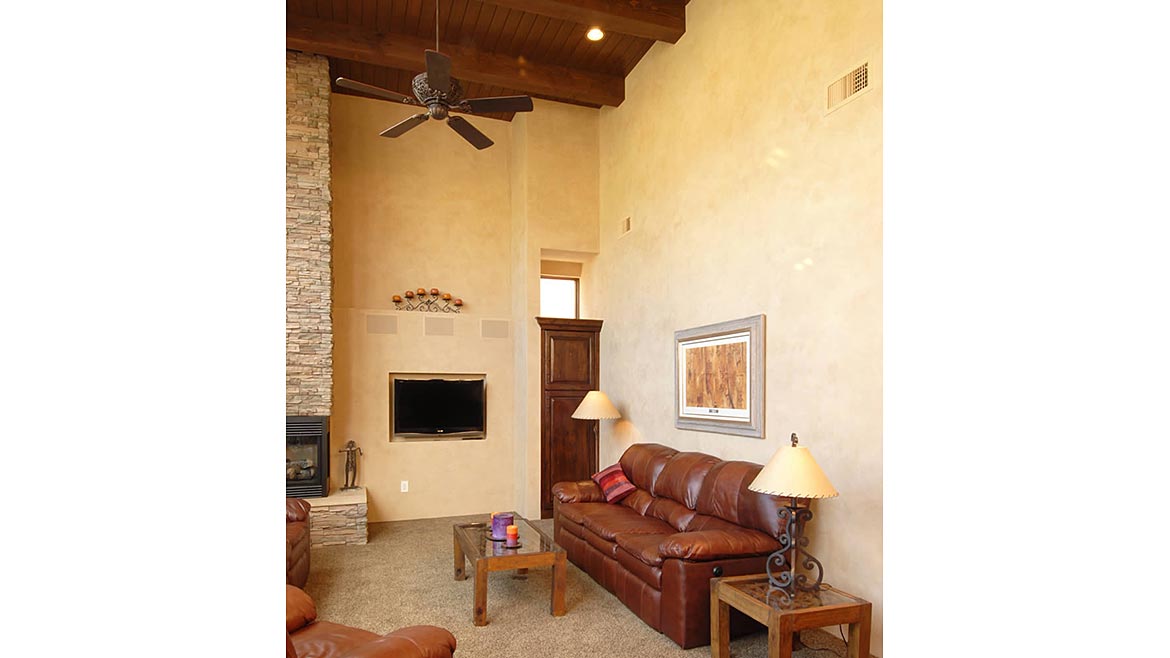 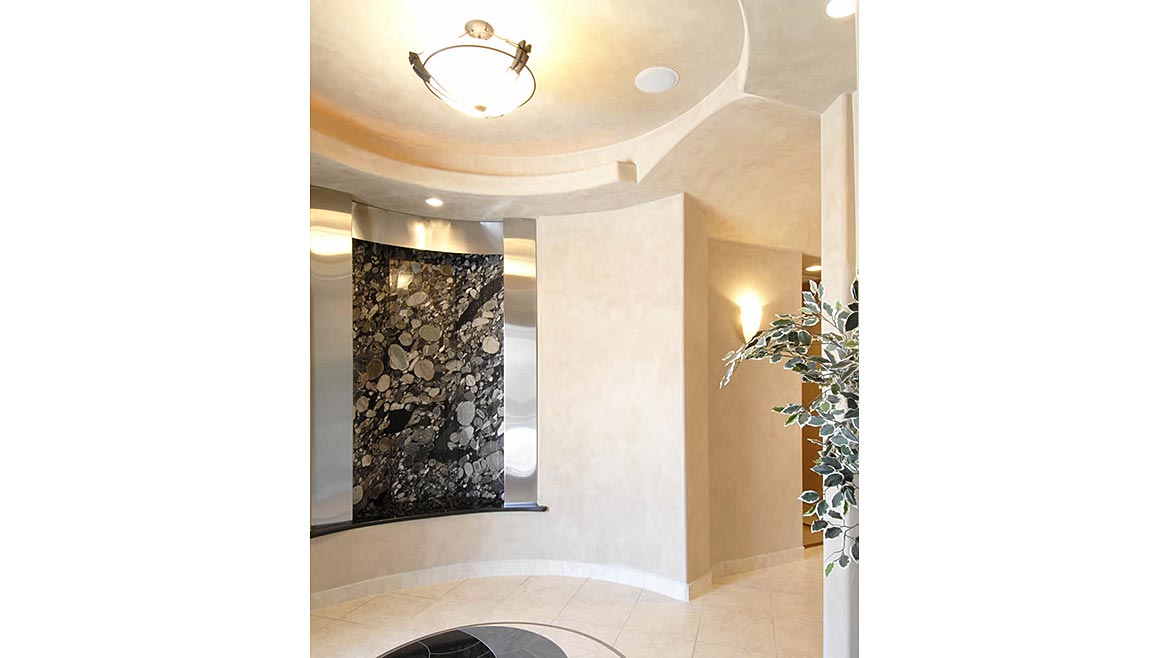 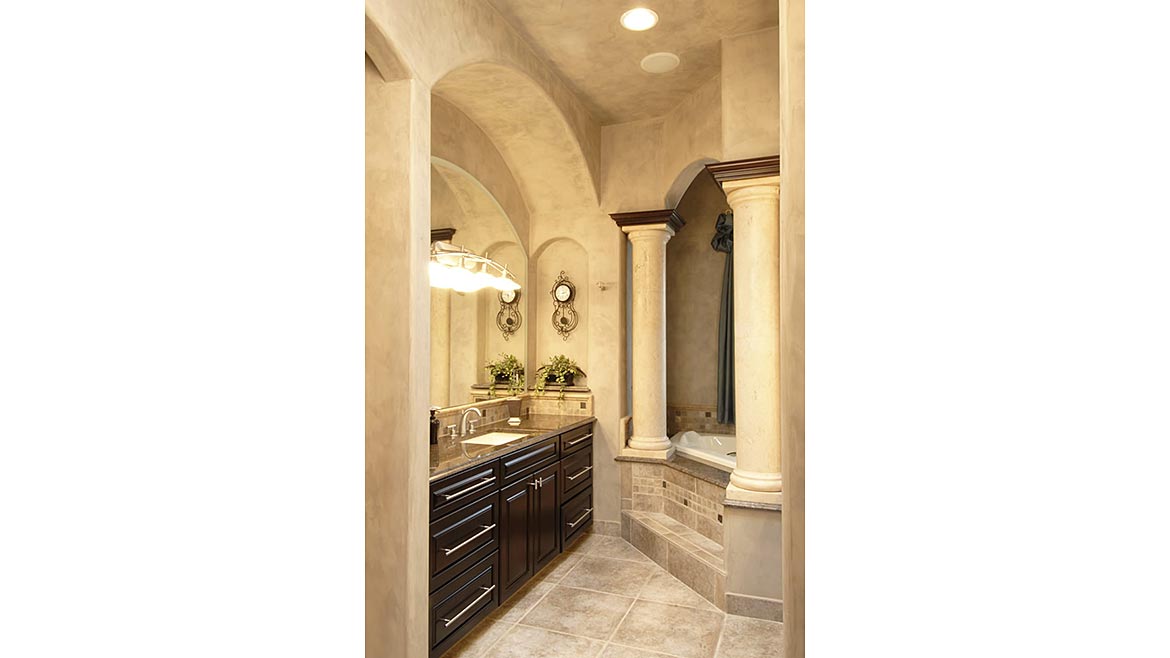 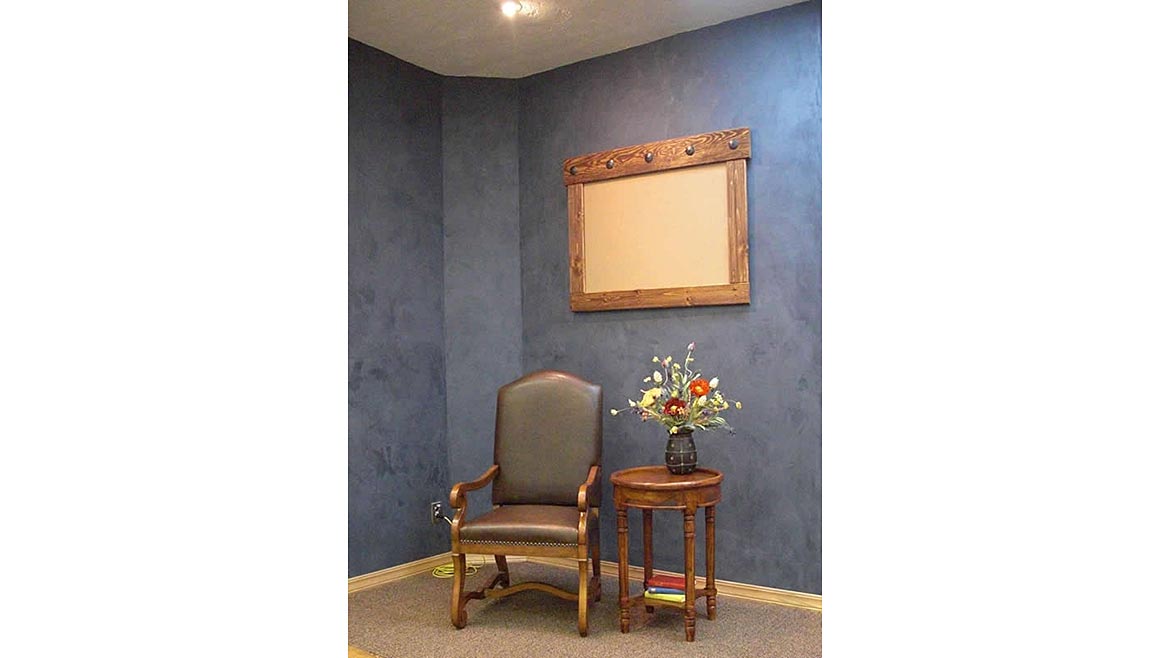 Acrylic-based finishes have also been developed for interior application over properly prepared gypsum drywall. These finishes bring two primary benefits to interior wall surfaces. First, they are generally desirable for their decorative attributes, including color variation or mottling. They can be polished, or matte finished and tinted to virtually any color. The second benefit, sought after by many owners, is the abuse-resistant properties exceeding virtually all other products. Schools, senior living facilities and heavily trafficked corridors in public buildings are prime candidates for abuse-resistant acrylic finishes. If properly formulated, abuse-resistant finishes pass ASTM C1629, the testing for abuse-resistant wallboard at the highest level available.

No discussion of wall finishes is complete without introducing Venetian plaster. Most Venetian plasters are in fact lime-based. There is a significant art to creating lime plaster. It begins with non-hydraulic hydrated lime as the catalyst for plaster, with the addition of sand and water creating a heavy paste, which is easily troweled and creating a smooth or variable appearance with decorative effects.

The earliest lime plasters were created in Turkey and Jordan 7,500 years ago. They used the newly developed lime plaster to coat exteriors of stone buildings, floors and hearths in their homes. Centuries later in the Renaissance era, the masters of production of lime plaster became popular in Italy, and Venetian plaster was born.

Today, the greatest volume of decorative lime plaster the U.S. has is imported from Italy, although high-quality lime plaster is also produced in the U.S., largely in California. In addition to lime plaster, Italy is also home for the highest quality of decorative plaster tools and accessories. The largest distributor of imported lime plaster in New York shows evidence that demand for these products among architects, designers and builders is increasing annually.

Unknown to many in the family of lime plasters is Tadelakt, a waterproof finish developed in Moroccan architecture and used in all types of construction where water proofing was needed. It, too, is imported from Europe in container load quantities.

Like the three preceding plasters in this article, clay plaster is derived from the earth. Clay has lineage to another form of construction primarily common to the great southwest U.S. The indigenous U.S. citizens began founding their Pueblo communities not long after 1,000 AD. They are virtually all earthen in construction with adobe blocks and mud plaster. Therefore, I find it not surprising that the only manufacturer of clay plaster in the U.S. is in New Mexico.

While this is logical, clay plaster as marketed today has an ambiance that has evolved well beyond “mud” plaster. There is another clay plaster imported to the U.S. from Britain. Both brands produce several textures, have extensive color pallets and can be applied over most substrates with proper procedures. The appeal for owners choosing clay plaster is obviously due to the decorative variety the plasters offer. It is a fact that clay plaster is limited to interior applications. The British manufacturer has adapted the previous plaster category we reviewed, lime plaster, so they may have exterior finishes to offer.

This completes our review of the primary plaster-related build products in the U.S. and their decorative features. I would welcome opportunities to do organized presentations to groups and do have CEU-approved programs.

Rob Knight is the business development manager at Variance Specialty Finishes/Parex. He brings over 35 years of experience in the commercial and residential markets with a wealth of stucco, EIFS and specialty finishing materials experience.
You must login or register in order to post a comment.