History of the Walls & Ceilings Industry

The walls and ceilings industry has history that extends beyond the magazine that was to become Walls & Ceilings. From plaster to the invention of drywall to different ceiling systems, to EIFS and stucco systems, the industry continues to grow. What does the industry present for the future?

It was originally called “Sackett Board,” after the Sackett Plaster Co., a USG subsidiary. The United States Gypsum Corporation, a company that vertically integrated 30 different gypsum and plaster manufacturing companies 14 years prior, created it to protect homes from urban fires, and marketed it as the poor man’s answer to plaster walls. A 1921 USG ad billed drywall as a fireproof wall that went up with “no time [lost] in preparing materials, changing types of labor, or waiting for the building to dry.”

Twenty-six lathing and plastering contractors assembled in March to form the Contracting Plasterers International Association. The founders of this new organization planned for the CPIA to perform two important functions: to establish friendly and cooperative interests among the members and to provide service to the building public. The association later becomes AWCI.

Gray Company Inc. (now Graco Inc.) is founded by brothers Russell and Leil Gray to manufacture and market an air-powered, portable lubricator that Russell invented while working as a parking lot attendant and greaser in downtown Minneapolis. The fledgling company set up manufacturing and sales operations at 120 South Tenth Street in Minneapolis. 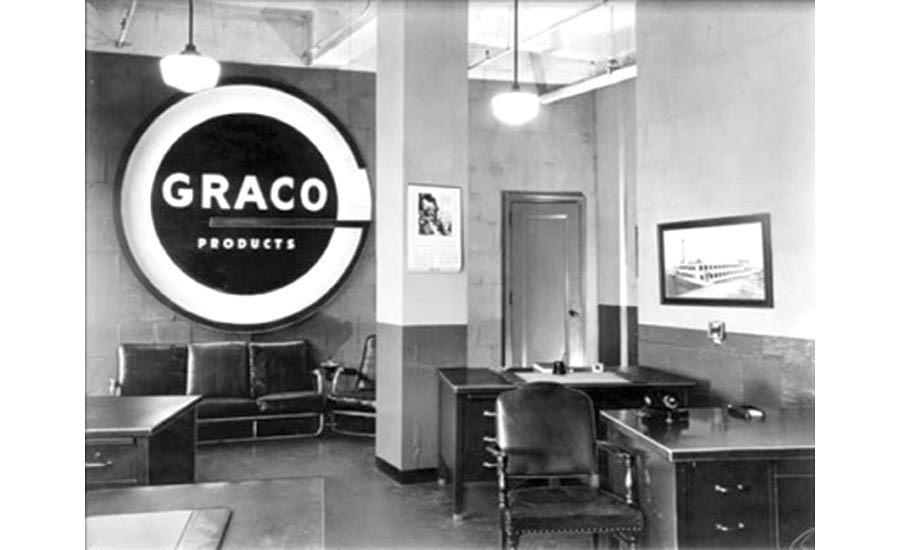 The first meeting of the Gypsum Association is called to order in April, at the Palmer House Hotel in Chicago. Henry J. Schweim was appointed the first executive, and granted the authority to establish an office. 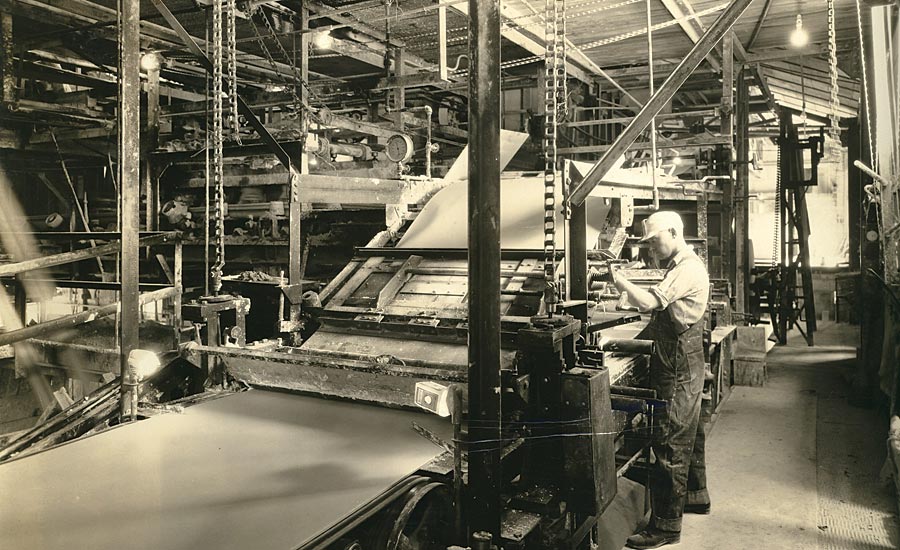 At a time when the country was still recovering from the lingering effects of the Depression and global tensions in Europe were moving the nation toward World War II, the Raymond Group is founded. Working closely with his wife Averill, George M. Raymond started the company as an individual contractor and applied good business sense and ethical work practices to the company. Over the years, these qualities set the George M. Raymond Co. apart from its competition and positioned it well to capitalize on a better and expanding economy in the post-war era.

Northwest Plastering Industries’ first issue is published. The magazine, based in the Pacific Northwest, is targeted to the lath and plaster contractors of that area and later becomes Walls & Ceilings. 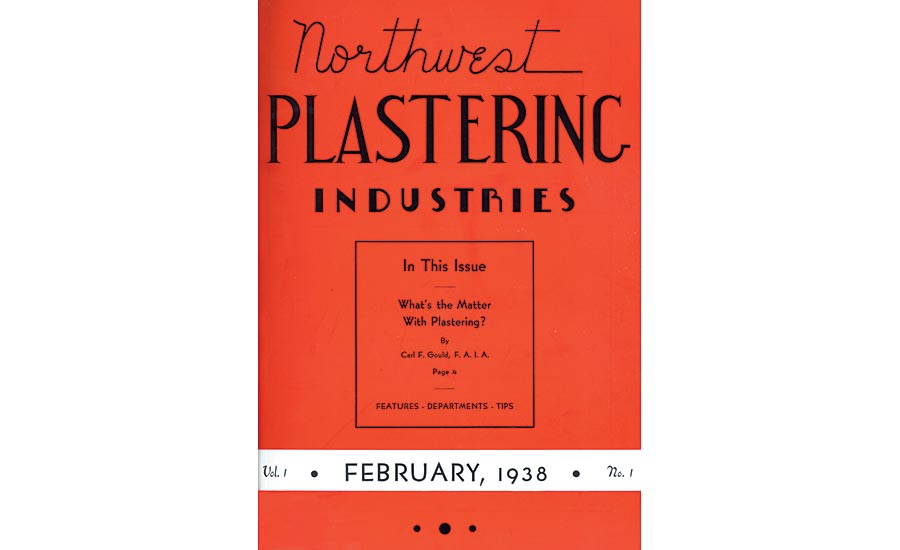 The Metropolitan Life Insurance Co.’s San Francisco Park Merced is the largest lath and plaster job of its time. Frank D. Smith was in charge of the lathing, plastering and stucco work on this project that featured 52 square blocks of apartment buildings. 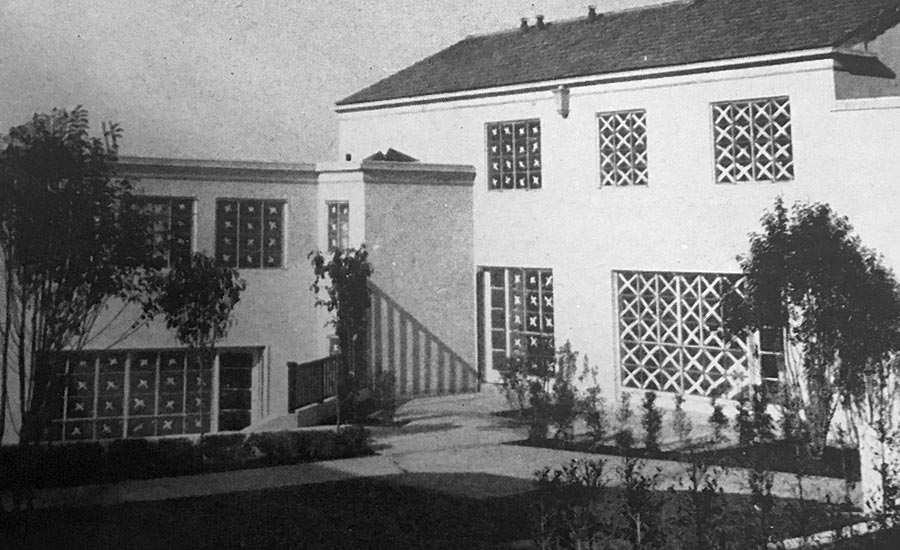 F.L. Crane & Sons Inc. is established by, you guessed it, F.L. Crane. The company thrives today as one of the largest wall and ceiling contractors in the southeast.

The Texas Lathing and Plastering Contractors Association is founded to help gather state-based contractors to review and promote quality methods and practices in these trades. 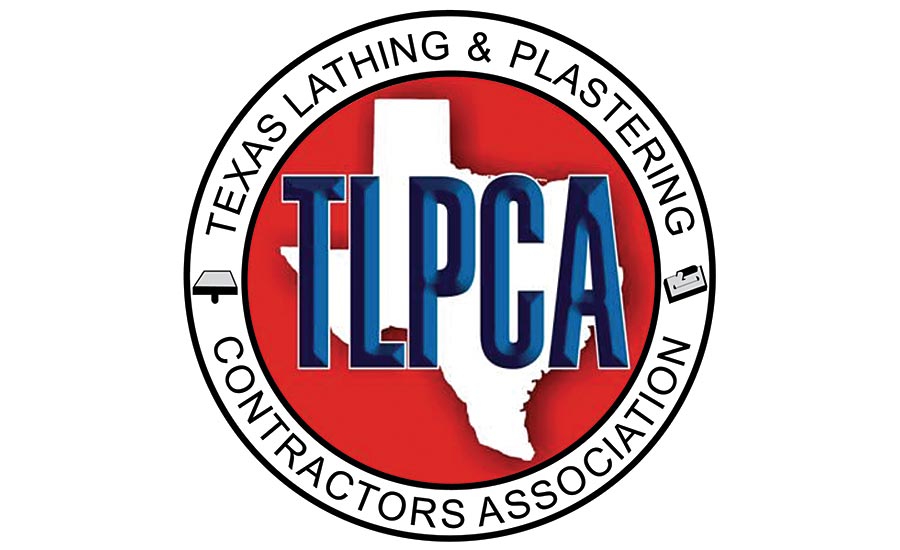 Flexible foams are commercialized this year, followed with rigid foams like polyurethane insulation for buildings in 1957.

Five Essick PG-18 plastering machines and five mudslingers, from Cyclone Sandblast Equipment, were employed by Galie Plastering Co. for the 30 story U.S. Courthouse in Chicago. It was one of the largest fireproofing projects of its time. 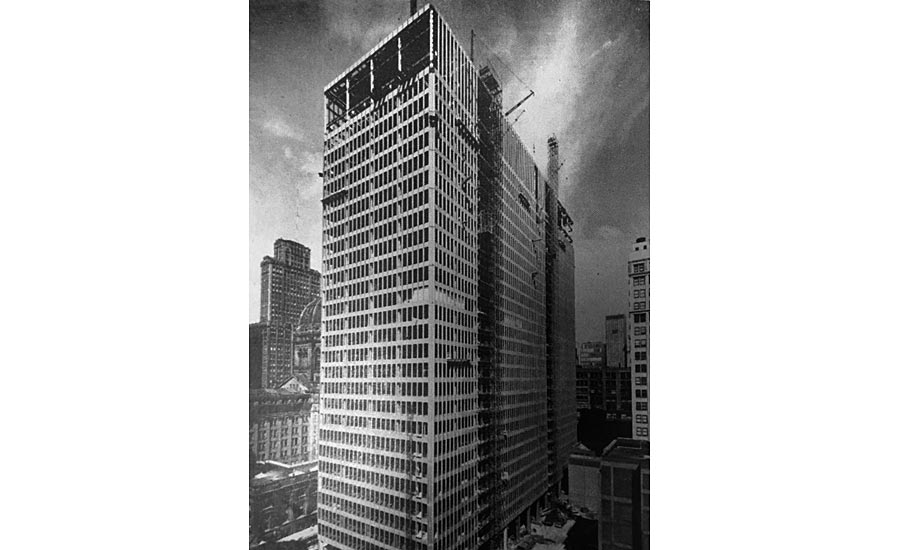 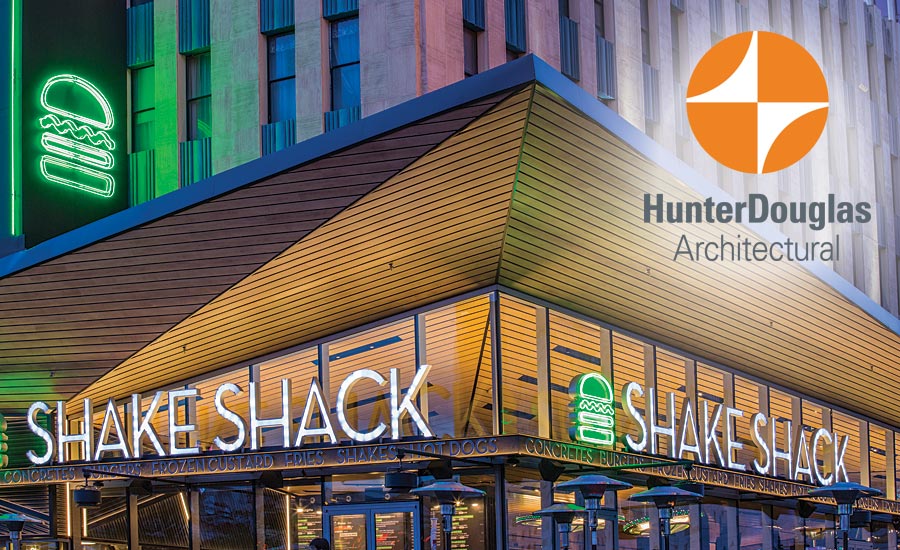 It all began with an idea for a better way of attaching drywall and a better drywall screw in 1967. It’s hard to imagine now, but at that time most drywall was hung using galvanized nails and a hammer. Grabber’s coarse thread drywall screw helped change the course of the construction industry and made work easier and more efficient for hangers. Fifty years later Grabber is an international company representing thousands of professional quality products to the construction industry. 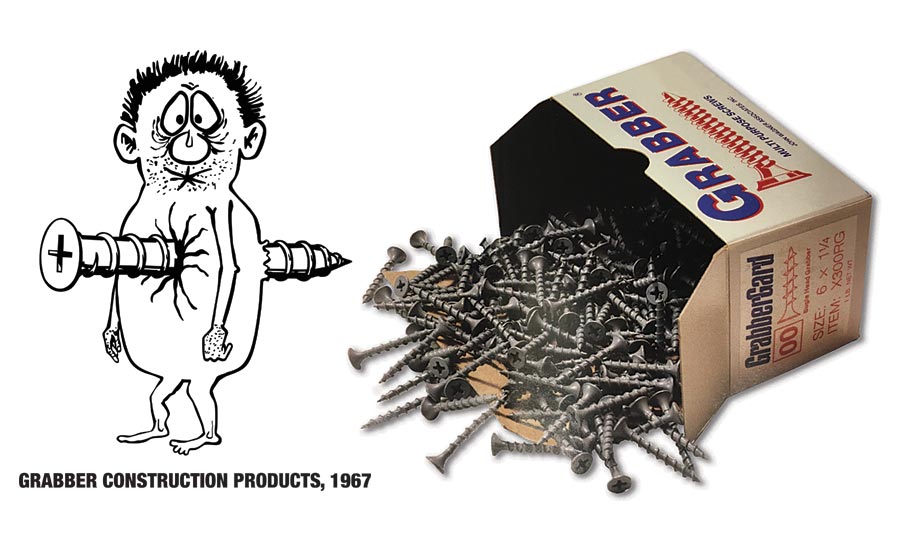 Joseph Koenig Sr. was the first person to manufacture vinyl siding in 1962 with his company Vinyl Tex. The building was damaged during a riot after the assassination of Martin Luther King, Jr. and went into bankruptcy. Joseph then became the first person to introduce rigid vinyl to the drywall industry with the J Bead in a time when it was dominated by metal. This invention would serve to revolutionize this industry forever. By selling J Bead out of his truck, Joseph was able to purchase his extruders at the bankruptcy auction and founded a new company, Trim-Tex, in 1969. 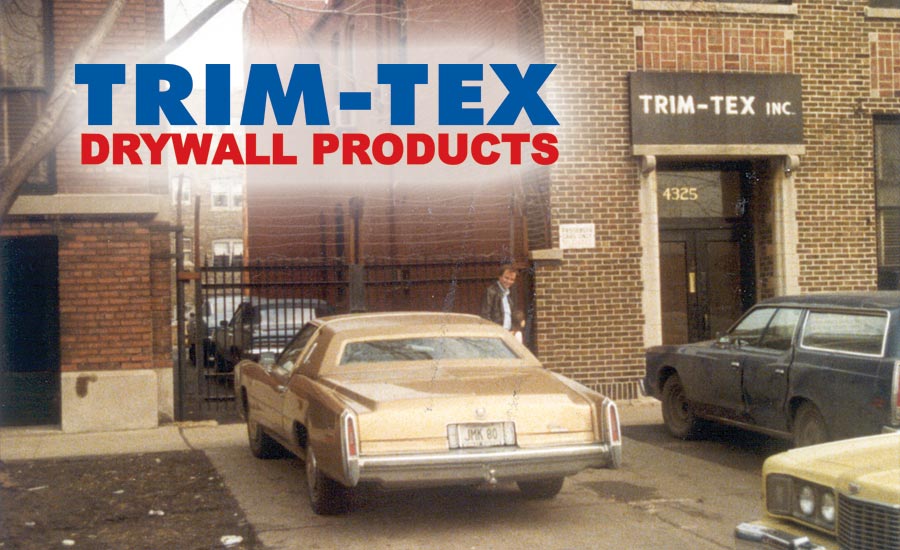 Frank P. Morsilli, President and CEO, founds Dryvit Systems, Inc. and introduces Outsulation®, the first EIFS to the US market.  Since that day, Dryvit’s mission has been to educate construction professionals that building insulation is more effective on the exterior of the wall. 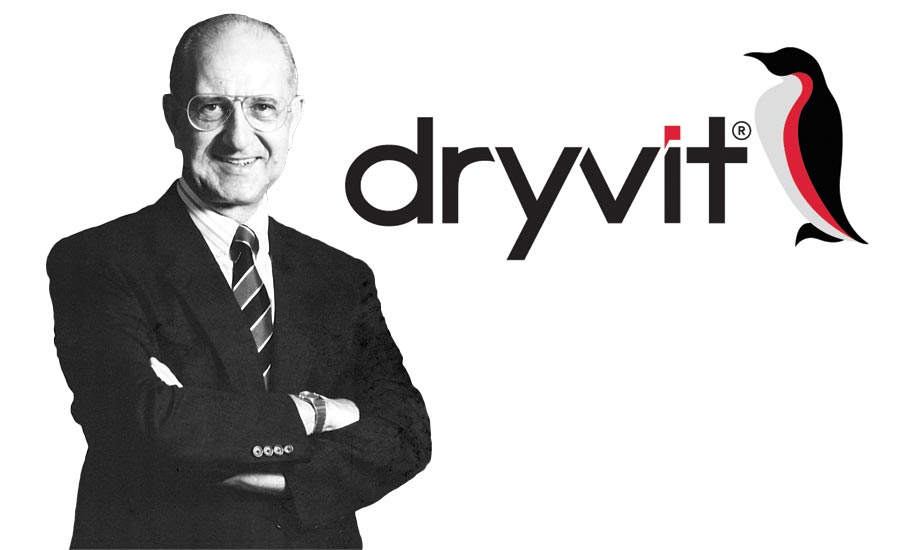 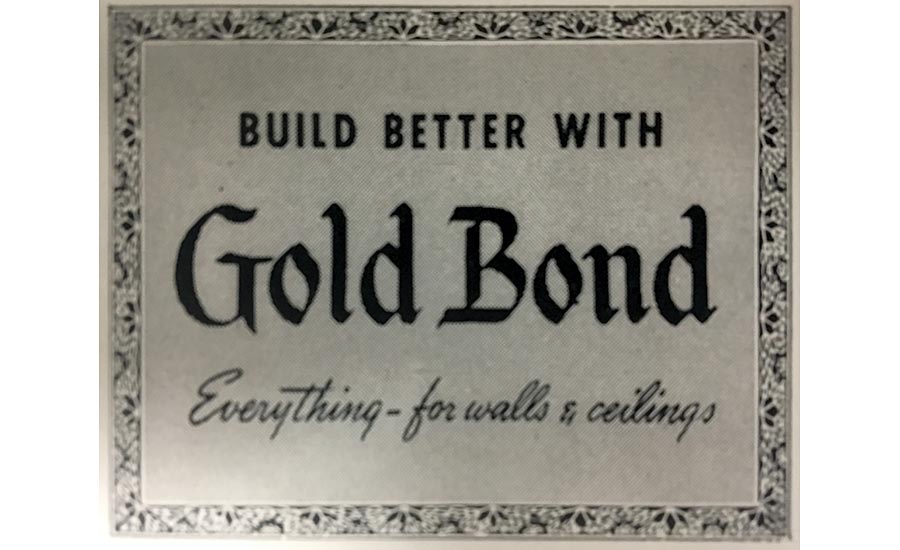 Weep screed for stucco is first introduced to the building code. 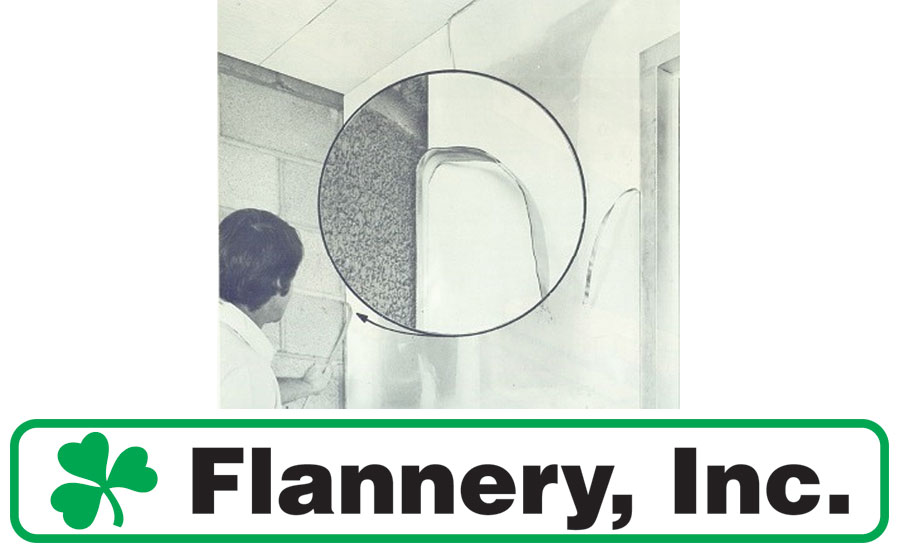 Originally called Powerwall, this one-coat stucco was invented by Bill Nicols and According to U.S. consumer product safety commission, asbestos was banned for construction products by the EPA. 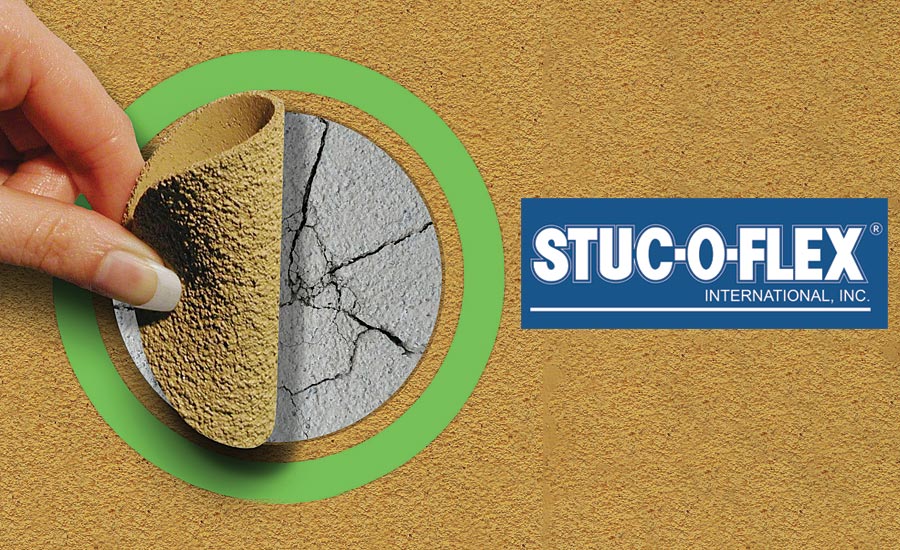 Hunter Douglas Architectural opens a facility in Norcross, GA, to serve as its design, engineering and manufacturing base of operations in the USA. 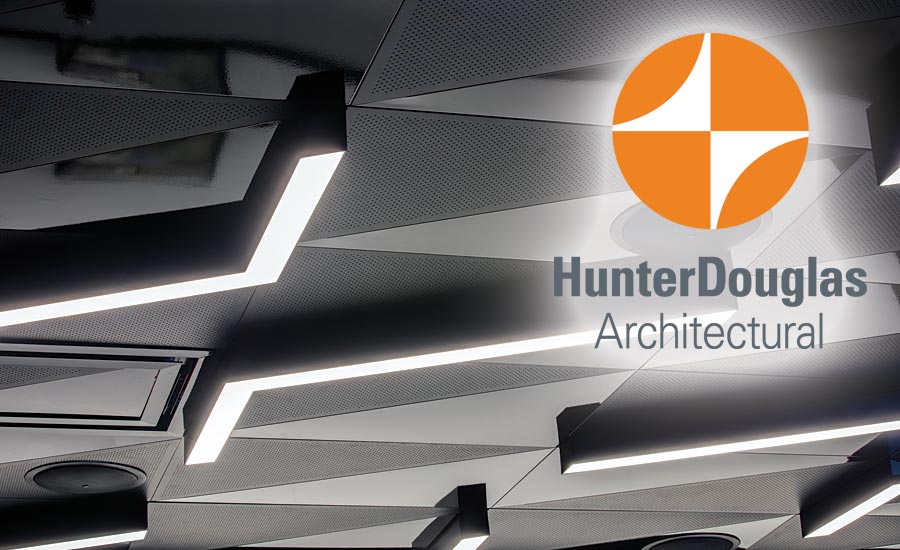 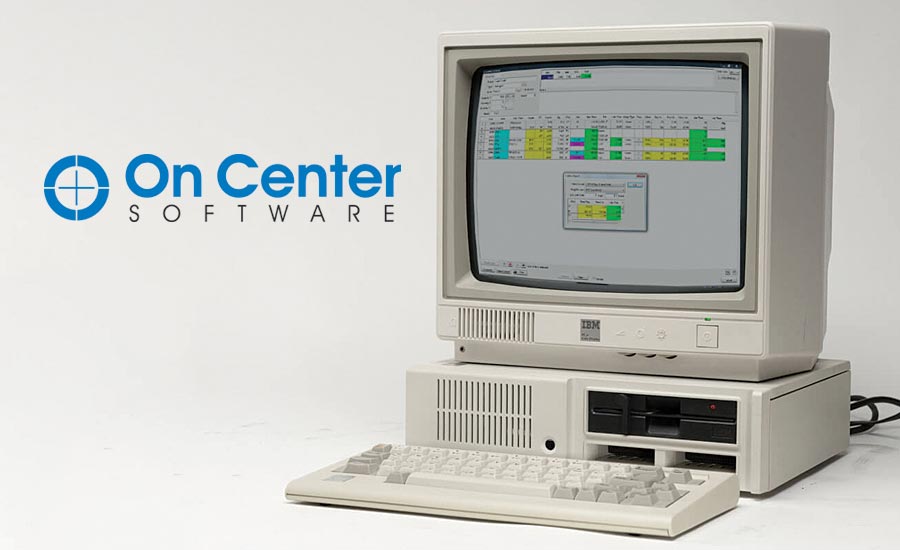 Joseph Koenig Sr., attributes the turning point of the company to his son, Joe Jr., who joined his father in 1989. Joe Jr. embraced and expanded his father's vision with the development of four patented products, the Pullaway Pre Mask L Bead, Magic Corner, Hideaway Expansion, and Flex-Grid Angle. In 1990, Trim-Tex relocated to a 63,000 square foot facility in Lincolnwood where the company has since expanded to 270,000 square feet in 2017. The passion, inspiration and dedication of the team led by Joe Jr. has allowed Trim-Tex to fulfill demand for an extensive worldwide distribution network. 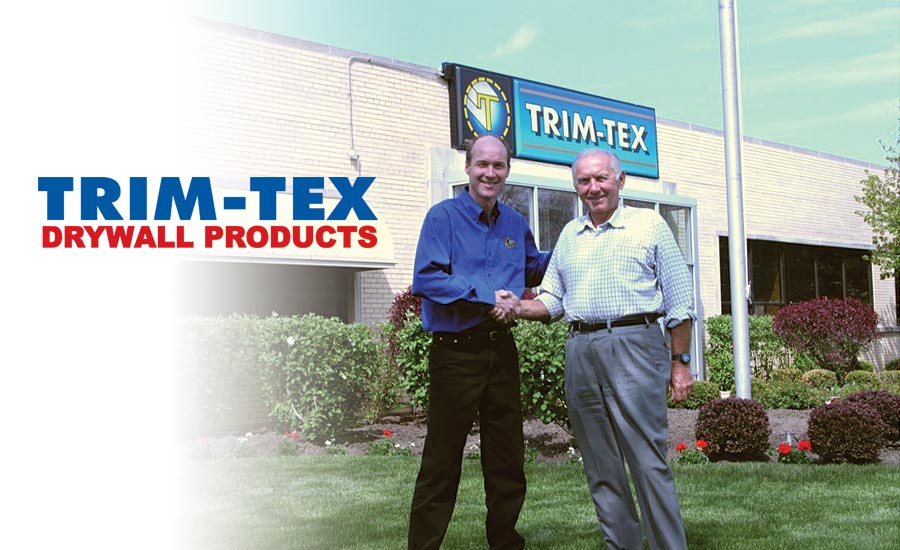 On Center Software launches its flagship product, On-Screen Takeoff®, a best-in-class software solution for takeoff and estimating. With OST, thousands of customers have reduced costs, saved time, and improved accuracy. 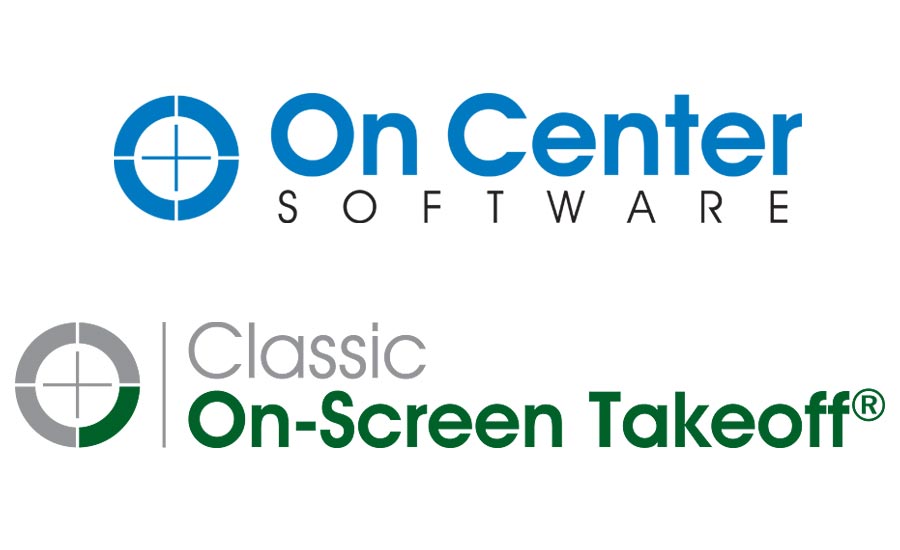 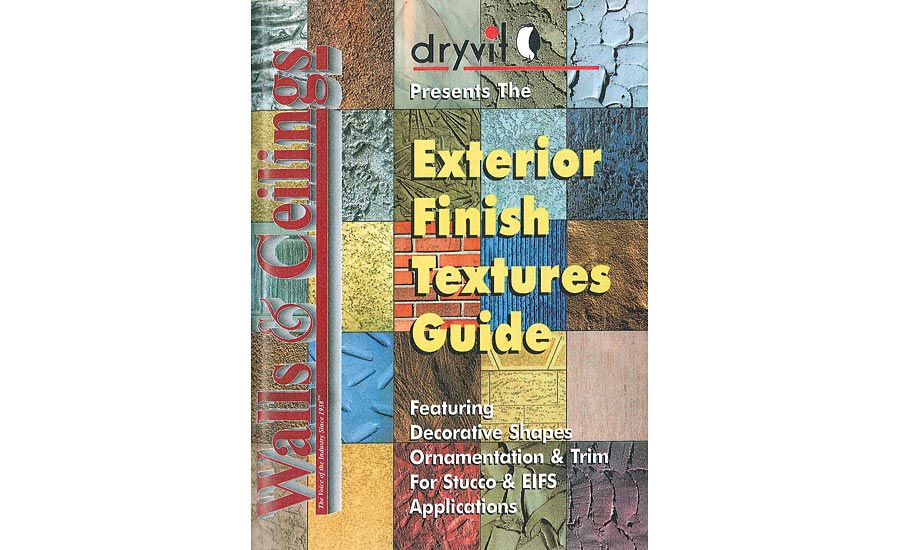 To mitigate challenges associated with water penetration, Stuc-O-Flex International introduces “WATERWAY” rainscreen mats providing drainage & ventilation behind EIFS, Stucco, Stone Veneer & Siding. From Boston to Seattle, the concept to create space between the building & the elements has found acceptance with building enclosure specialists. For both new construction and cases of cladding remediation, rainscreen mats have become an essential criterion in today’s construction environment. 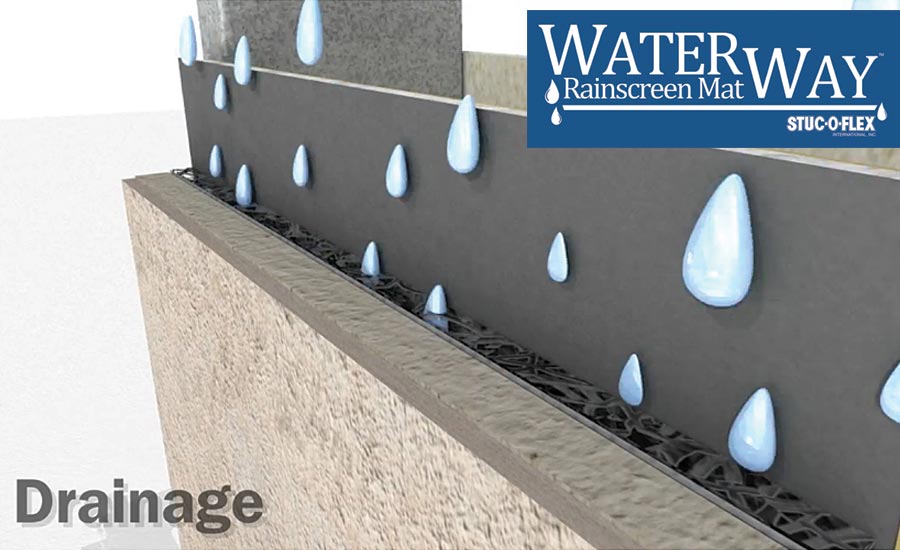 In California, the La Habra School District chooses ICFs over originally slated wood-framed construction. Manufacturer Arxx wins the approval from the Division of State Architect—the governing body that oversees products usage and construction methods for schools throughout the State of California. 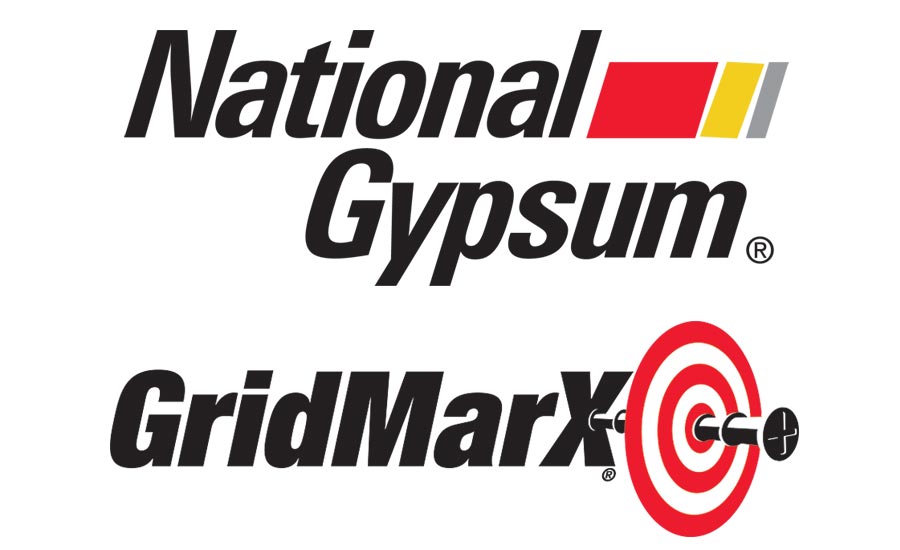 Walls & Ceilings—along with several of BNP Media’s sister publications—sponsor a home for the Jimmy Carter Work Project. The 1,500 square foot home was built in a depressed part of Detroit’s Southwest. Jimmy and Rosalind Carter worked adjacent to BNP’s sponsored home.

After providing extruded aluminum trims for two decades to the drywall and stucco industry, Flannery expands its aluminum trim line to include products for Fiber Cement and Millwork panels. 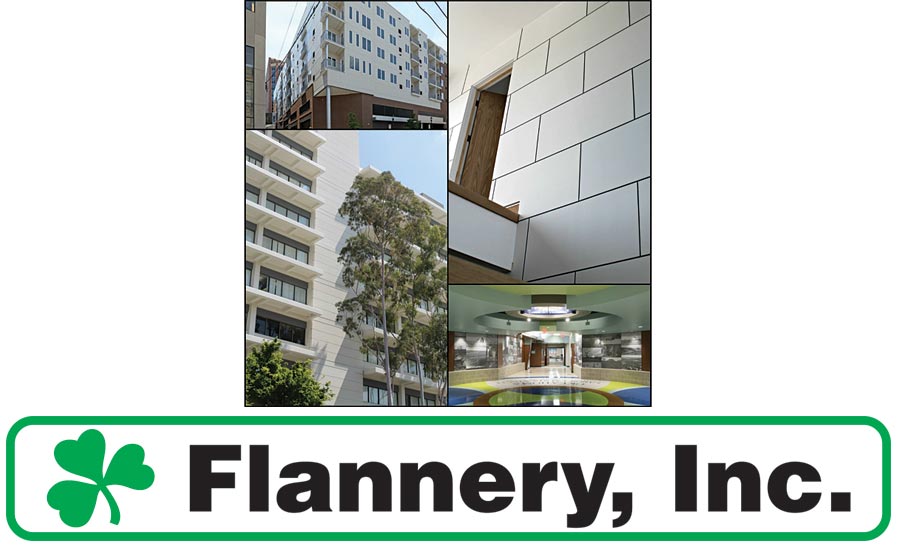 Grabber introduced its PanelMax drywall panel fabrication technology to the U.S. construction market. This new advanced technology is quickly changing the drywall industry bringing precision, automation and just-in-time delivery to what has traditionally been a time-consuming custom installation process. 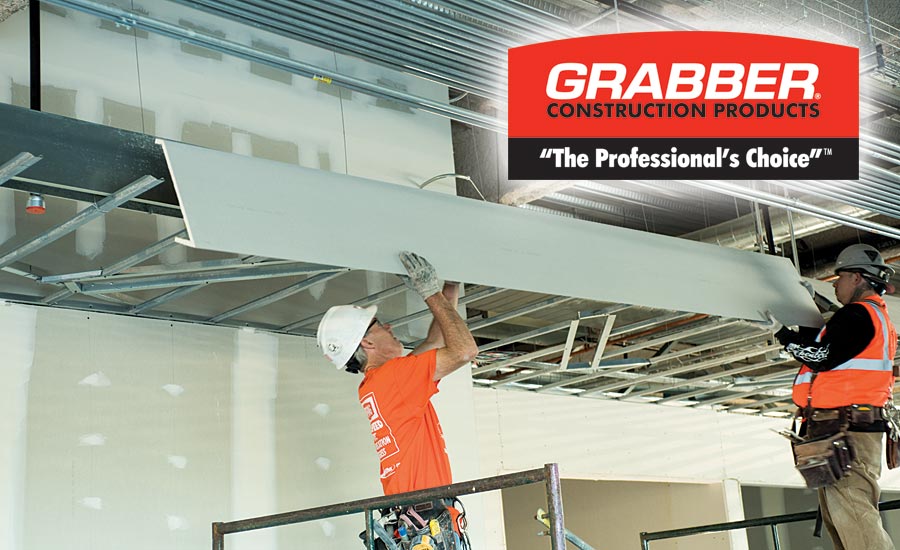 National Gypsum launches a comprehensive marketing campaign that strategically engages and educates audiences on its PURPLE® high performance moisture, mold and mildew resistant products. The distinctive purple color of its XP® and eXP® products was granted trademark registration from the United States Patent Office in 2012. 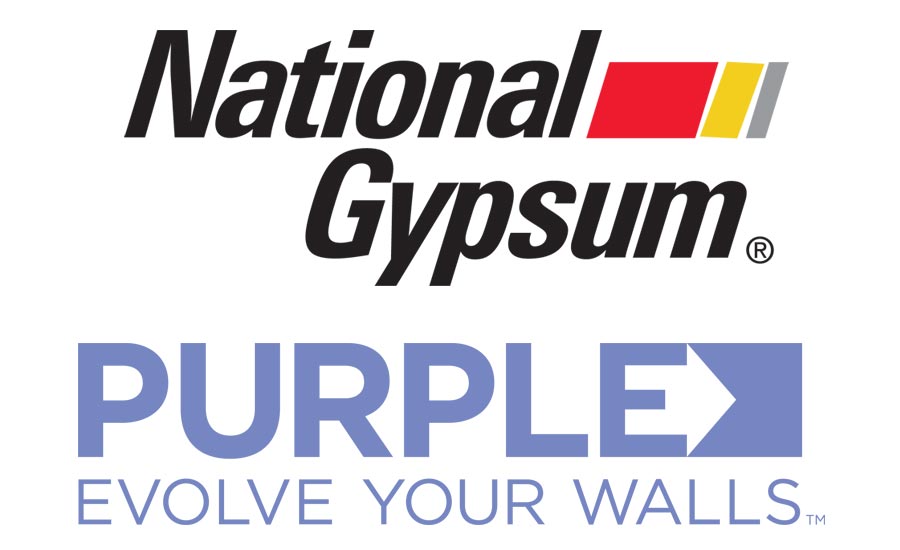 Dryvit Systems, Inc. disrupts the construction market once again with the introduction of NewBrick®, the lightweight, insulated, energy-efficient cladding that is changing the way we think about masonry construction. Ideal for plastering contractors and masons alike, NewBrick can be used over a Dryvit Outsulation® system or directly over solid substrates. 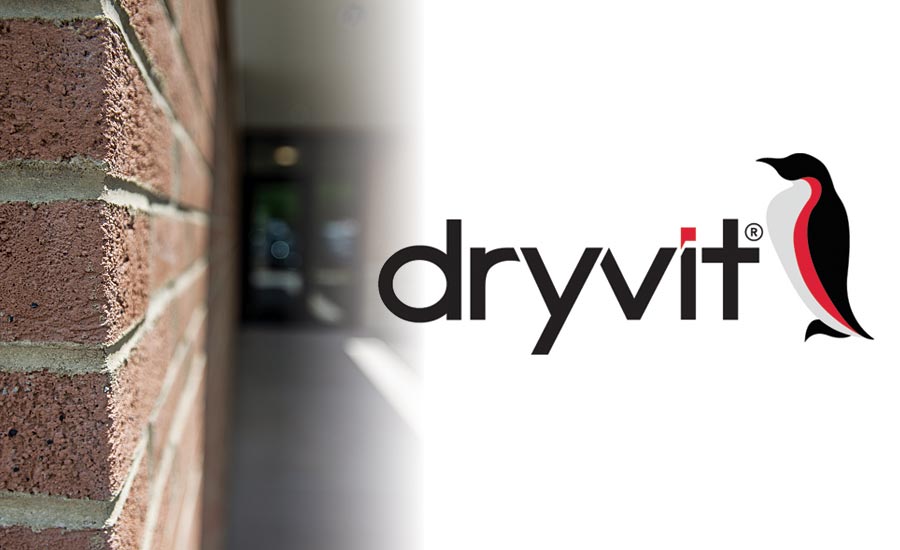 Walls & Ceilings celebrates its 80th anniversary. Construction employment increases by 11,000 jobs in May to the highest level since October 2008 and average weekly hours set a series high for May as contractors struggled to find enough workers to meet demand for projects. 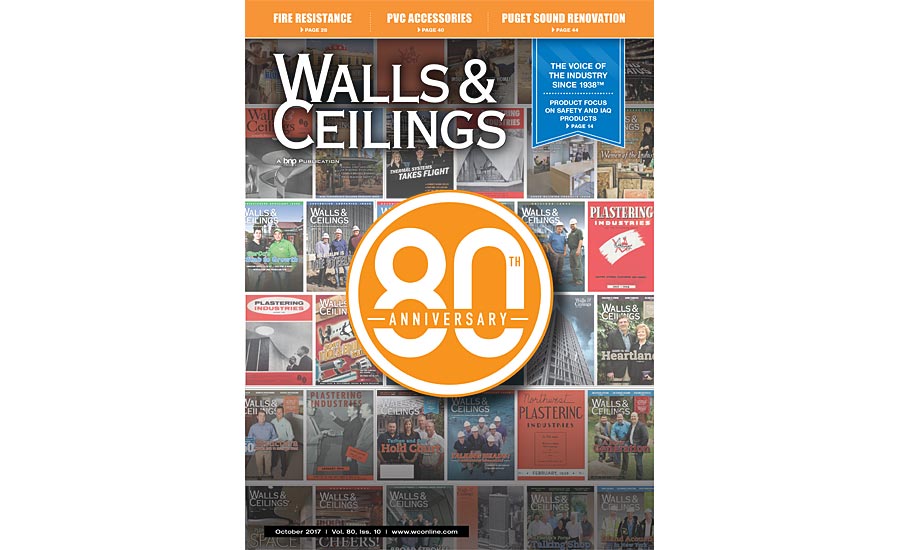 From Frame to Finish: Curved Walls for Cycle Gear