Robert Thomas: Loved By Many

We lost one of our own recently, and as one of our own I mean within the Walls & Ceilings family. Robert Thomas who wrote the column, “The Finish Line,” passed 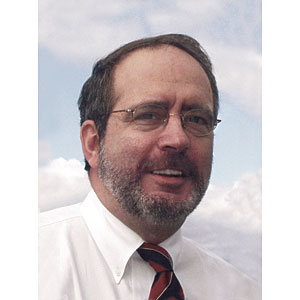 away, and while he was certainly more than an industry icon, he was beloved by the entire staff of Walls & Ceilings magazine. We all know he was the guru for EIFS, he started with Dryvit in the heyday and helped make EIFS a household name in this country. He chaired ASTM committees, ran seminars, wrote books (even a cookbook). He was kind of a renaissance man and he might have been the most interesting man in the world.

I first met Robert (“Bob”) Thomas in the 1990s, when we both were in Seattle. He would invite a group of us to sit on his large boat to watch the yacht races on Lake Union as he prepared dinner. His stories were always entertaining and the food was delicious. He lived on his boat, and if you knew him—that was Bob, living life the way some of us only dream of. I had only envisioned living on a boat, while he would actually do the things most us did not have the courage to try and venture out on.

Yes, I considered him Mr. EIFS. I relied on him for expertise and we all counted on him to be there when the fight to defend EIFS was on. What made him so good was he was never at a loss for an answer with regard to an EIFS problem or question. If you wanted to know about any issues and how it related to EIFS, he was the man who knew the answers, and I came to believe he was a real leader in the EIFS industry with regard to technical data, proper usage and troubleshooting.

He helped us at the Northwest Wall and Ceiling Bureau by putting together the EIFS inspection program and helped me give the classes to provide registered third-party inspectors what was so desperately needed back then. I am sure many of our readers have been in one of his classes and owe him for the knowledge he graciously imparted to all. He had a very “common sense methodology” approach to looking at problems, one I have tried to emulate for years—and I will keep trying. But he is a hard act to follow.

I did not talk to Bob as much as I did when we were living in the same city: he moved to Florida and I went California, but we did keep in contact. As Editorial Director, it was always interesting to see what Bob Thomas would come up with. It was always relevant, timely and a joy to read. Those who knew Bob well know he was a character to the end. He was quirky, fun, and could talk to you about anything under the sun. The women loved to talk to him as he knew more about fashion than any straight man I know. It was hard to believe he was an engineer by training. You never knew what Bob would bring up and talk about, so you had to hold on (it could be a bumpy ride at one of Bob’s boat dinners).

I will truly miss Bob. I will miss his unique and very direct way of being honest to a fault. He called it like it was—and if you did not like it, so be it, but he always stood his ground. I had my arguments with Bob too, but I was afforded one of the strongest compliments in my career when a homeowner wrote to me about a stucco question and remarked that Bob Thomas said I was the man to talk to regarding stucco. For me, to be recognized by Robert Thomas as a stucco expert, was very high praise.

The EIFS industry will not be the same without him. Albert Carrillo is slated to take over a column that will address EIFS and stucco for the magazine and will do a fine job. When I meet with other industry peers, be assured we will be raising our collective glasses to toast out departed wise and eclectic friend. As you cross that final Finish Line, rest in peace my friend. W&C