This website requires certain cookies to work and uses other cookies to help you have the best experience. By visiting this website, certain cookies have already been set, which you may delete and block. By closing this message or continuing to use our site, you agree to the use of cookies. Visit our updated privacy and cookie policy to learn more.
Home » How to be a Greater Asset for General Contractors (Part 2)
Centered on Solutions
centered on Solutions

How to be a Greater Asset for General Contractors (Part 2)

In the first installment of “Learn How to be a Greater Asset for General Contractors” (W&C, June 2013) the answers to the questions “Why me?” and “Why this subcontractor?” were raised. Being the “low bidder” is not enough. Bid activities were reviewed and certain differentiators were called out, enabling a subcontractor to demonstrate value to a general contractor. The subcontractor that is able to be both detailed and flexible in the information he provides to a GC shows his worth. Package information that can be summarized in various ways—area, phase, floor and then digitally (electronically) communicated in a timely and efficient manner further elevates the subcontractor’s value to the GC. These pre-award measures are essential first steps in solidifying a subcontractor’s importance to a GC’s success. 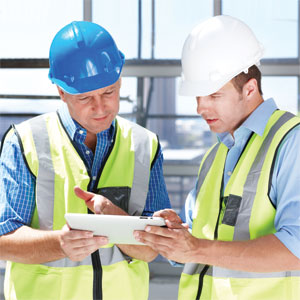 Subcontractors must continue to establish their value to a GC post-bid. This is where the largest bottom line value-add arises. Once a project has been awarded, GCs focus on new and different concerns from those during the bid phase. Their attention is now concentrated on delivering a quality project on schedule and within budget. A subcontractor that enables a GC to meet these goals is critical to the success of the project and the GC. There are a few critical points of the build phase in which subcontractors influence a successful outcome.

GCs look for quality across the project—from bid to closeout. There have been many modifications to crews across the last three plus years. Subcontractors have reduced overall crew numbers but have been able to retain top talent. Quality of work ranks among the most sought after traits of a subcontractor. A close second is staying on schedule. When the project is under construction, a valued subcontractor helps the GC build on schedule, at least the part the subcontractor is providing, and become an “A” team player.

S.M.A.R.T. objectives have long been a part of corporate office culture but it is time to take this to the construction site. “Specific, Measurable, Achievable, Realistic and Time” bound goals have a place with the field crew. The more that work is laid out for crews in precise, track-able, do-able, understandable, and scheduled ways, the more likely the crew is to deliver exactly what is needed in the time allotted. A crew managed with S.M.A.R.T. standards has a much greater probability of delivering higher quality with fewer punch list items.

Stocking reports let the subcontractor know exactly where and when materials are needed so that the crew isn’t idle. Placing materials and crew in the same place sounds simple—but even 15 minutes of lost work time chips away at profitability. Staying on top of hours worked and materials used keeps the subcontractor’s site manager informed of possible overruns. Using automated job cost reporting, the subcontractor monitors a job to date status.

Each job site is unique and has its own set of challenges but the work activities performed remain similar across jobs. General contractors need subcontractors who are proactive and learn from previous work. On-going education and training of the crew should be a normal course of business. They should be trained on equipment, safety, or construction automation methods. Investing in a good crew will deliver quality and productivity to the project.

The subcontractor needs to know where the crew stands compared to schedule. The job site foreman should close each day walking the site and indicating what work has been completed. This is easily done using a tablet in the field—no need to be in the office or trailer or standing at the gang-box waiting for someone else to indicate results. This information is then easily shared with the office immediately over an internet connection. Identifying the percent complete and color-coded results indicate whether the crew is on or off schedule and whether the project is or isn’t profitable.

The real question that subcontractors need to ask themselves is “Do I know where I am going?” It is one thing to know where the project budget stands after payroll is posted. After all hindsight is 20/20. Leveraging project management automation, the subcontractor sees where the crew has worked but most importantly it will control where the crew will work next. Reactive project management simply allows subcontractors to notify the GC that there are problems but by the time adjustments are made another week is gone and the magnitude has increased. When the subcontractor controls where the project is going, he is being proactive which allows problem resolution upfront.

Involvement by a subcontractor in all phases of a project (pre-bid, bid, build, and closeout) ensures a GC’s success. Collaborative efforts and ongoing communication between these roles provides a win-win-win situation for the subcontractor, the GC and the owner. When success is reached by all three parties on one project it is more likely that the combination will want to leverage each other for future projects. Trusted relationships and partnerships have a foundation built one successful project after another. Focusing on scope of work, critical communication, itemizing scope, crew allocation, and job site coordination elevates the subcontractor in the eyes of the GC.

It is challenging to describe the relationship between general contractors and subcontractors. The GC that respects and collaborates with the subcontractor understands that the financial wellbeing of the subcontractor is critical to the wellbeing of the GC. Subcontractors that take the time to identify a differentiating value proposition will be recognized by the GCs. Subcontractors need to build a positive reputation and be the trusted provider of trade business for the GC, who in turn will reward these efforts with repeat business and on time payments. Given the smaller and smaller or perhaps nonexistent backlog of work (and carryover profits) that subcontractors currently are facing, they realize the dilemma they face—united we stand, divided we fall.

Running Your Business in a Recession

Cecilia Padilla, president of On Center Software Inc. is an internationally known expert in the construction industry. Padilla’s expertise spans 25 years in drywall, light- and heavy-gauge framing, lath and plaster, EIFS, fireproofing-themed facades, and acoustical ceilings. Prior to joining On Center, she worked for Marek Brothers Systems in Houston and for Raymond Interior Systems in Las Vegas and Orange County, Calif.

How to be a Greater Asset for General Contractors