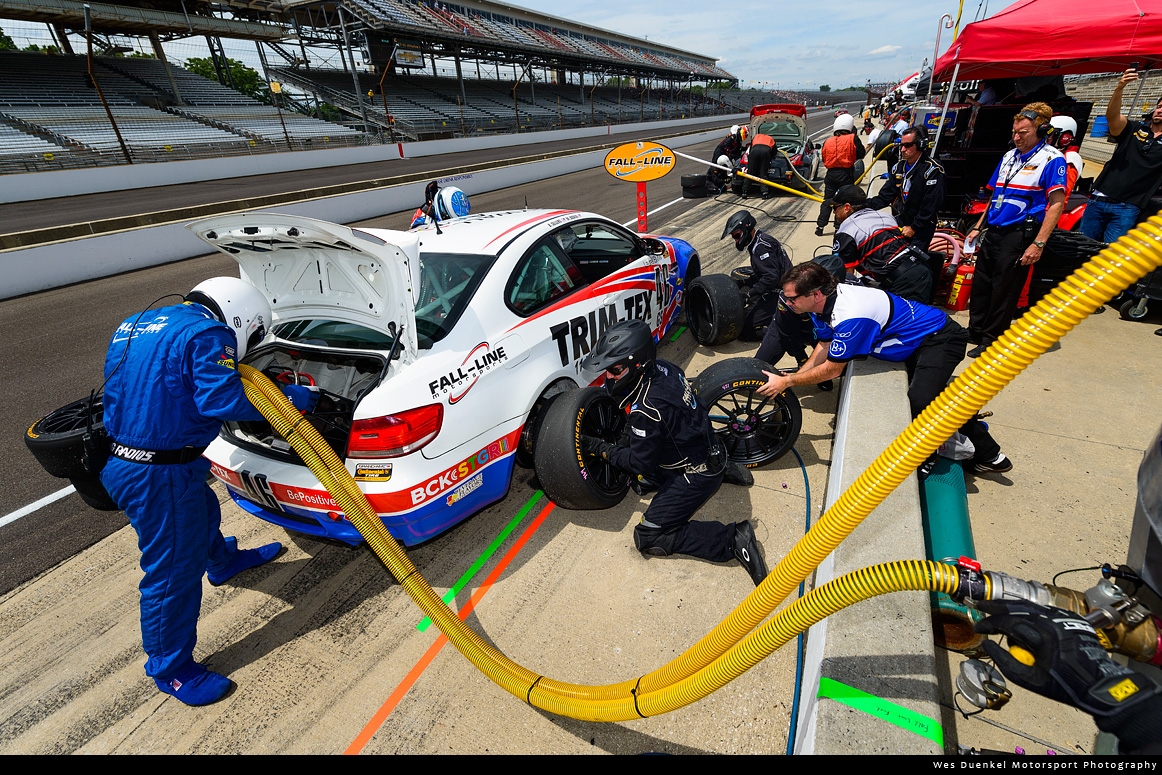 Recently in Indianapolis, Bryan Sellers and Mark Boden crossed the famed finish line at the “Yard of Bricks” in first place of the Continental Tires Sports Car Challenge series race, making it two in a row for the Fall-Line Motorsports pair. Teammates Charles Espenlaub and Trent Hindman finished just off the podium with a 4th place finish which is also the second race in a row that Espenlaub has finished 4th.

Al Carter and Hugh Plumb ran into misfortune once again at Indy after making contact with another competitor and having a misstep in the pits. They were classified 19th after failing to finish the race.

Boden drove the first stint in the #46 Trim-Tex Drywall Products/ Fall-Line Motorsports BMW after starting 13th. He drove a long stint- over an hour- and handed over the reins to Sellers in 11th position. The #46 car's strategy worked out perfectly, and the extensive caution periods played into their hands making the race on only one stop.

In typical Sellers form, he drove his BMW to the front, taking the lead and then holding off one of the Roush Performance Mustang driven by Billy Johnson for several laps. The two were in a tight battle, just a few tenths separating the two, but ultimately the race ended under full course caution. Sellers led his third race in a row in the CTSCC series, and wins his second race in a row following the duo's first victory at Watkins Glen just weeks ago. Boden now moves into 6th in overall standings.

“We were strong all weekend,” said Boden. “We didn't have a great qualifying but we knew we had a good car. I got tangled up early in the race but it had a minimal effect on the car. The team did a great job giving us a phenomenal car but also with pit stops, which put us in the position to allow Bryan to work his magic, get the car up front, and hold off a very strong 61 car. Also, hats off to BMW for finishing 1, 3, and 4 in the GS class.”