This website requires certain cookies to work and uses other cookies to help you have the best experience. By visiting this website, certain cookies have already been set, which you may delete and block. By closing this message or continuing to use our site, you agree to the use of cookies. Visit our updated privacy and cookie policy to learn more.
Home » Issues with Walls and Fire-Rated Floor Ceiling Systems
ColumnsCeilings/AcousticsDrywallAll Things Gypsum
All Things Gypsum

Model code language addressing the intersection of a wall and a fire-rated floor-ceiling system continues to evolve in a manner that benefits a contractor who is willing to study and abide by the relevant code text.

Traditional methods first mandate the installation of an uninterrupted ceiling membrane. Following application of the membrane, walls are framed tight to its underside and sheathed. This sequencing ensures that the fire rating on the ceiling is not compromised.

Unfortunately, this sequence ignores that structures are often framed from the ground up and bearing walls are erected to support the horizontal construction that rests atop. In many instances, the wall and floor structure must be erected simultaneous or the incomplete structure might collapse. 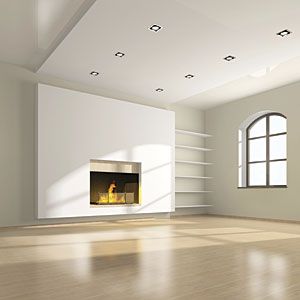 It also ignores that the framing contractor and the drywall installer is rarely the same entity. Unless a single company is framing the structure and hanging the board, maintaining the integrity of the ceiling membrane requires the drywall contractor to come onto the project early and partially or completely close in the ceiling.

Partially closing in the ceiling by installing board only above the imaginary wall layout lines requires coordination to ensure that the board follows the intended wall layout and that the installed sheets comply with the joint spacing pattern in the applicable floor-ceiling fire test. Hanging the entire ceiling immediately after it is framed ignores the need to install mechanical and electrical services in the ceiling cavity.

On the other hand, if the walls and ceilings are framed concurrent, the ceiling membrane will be incomplete because the board won’t slide over the top plates of the walls. In that circumstance (and we don’t recommend doing it as an option, by the way) all it takes is an adept building inspector to walk onto the project and question the interruptions in the membrane. Red tags that stop work will undoubtedly follow.

Fortunately, some remedy for the conundrum now exists in the International Building Code. Language inserted into the 2012 IBC permits interruptions to occur in the ceiling membrane of a rated system as long as they are limited to instances where “the ceiling membrane of 1- and 2-hour fire-resistance-rated horizontal assemblies [is] interrupted with the double wood top plate of a fire-resistance-rated wall assembly.” It also requires that items penetrating the top plate be protected in accordance with the code and limits the fire-rating of the wall to not less than the rating of the horizontal assembly.

This adequately addresses the circumstance where a rated wood-frame wall interrupts the ceiling membrane; however, it leaves unaddressed two common situations: one, where an unrated wood-frame wall intersects with the ceiling and, two, where the wall is framed with metal studs. Note that the 2012 language requires a double-wood top plate. That would appear to limit its application to wood stud walls.

Working Out the Issues

The former outstanding issue (the non-rated wood-frame wall) was addressed in a proposal submitted to the hearings for the 2015 edition of the IBC by the American Wood Council. The proposal was reviewed by the ICC Fire Safety Committee and approved by the ICC membership.

The approved proposal strikes the phrase “fire-resistance-rated wall” from the 2012 language and substitutes a requirement to sheath the wall with “Type X gypsum wallboard.” The proposal also inserts a mandate that the ceiling membrane is to be installed “tight to the top plates.”

Effectively, this has eliminated the requirement for a rated wall. While the wall must be sheathed using Type X board, it does not have to be a tested fire-rated system; it simply must be a wall with Type X board attached. It also means that the wall does not have to comply with other code language, such as requirements for openings, that is specific to rated vertical assemblies.

The situation for metal stud walls is a bit murkier. No coincident proposal allowing metal studs to penetrate a rated ceiling was submitted for the 2015 IBC; however, a proposal was submitted to incorporate language in the 2015 International Residential Code (IRC) that would have permitted the penetration of the ceiling membrane by either a double wood top plate or a steel top track wall. It failed to pass the initial committee vote. It was re-submitted for approval during the Final Action Hearing but withdrawn by the proponent before reaching the hearing floor.

Setting aside the philosophic debate over whether the language should be applied to both wood and steel systems, one issue with the IRC proposal was that it wanted to include a requirement that applied to 2-hour-rated floor-ceiling systems. Unfortunately for the proponent, the IRC contains no requirement for a 2-hour rated horizontal system whatsoever. In fact, the code contains only one real circumstance where a horizontal one-hour system would be required: the relatively rare instance where duplex units are stacked one on top of the other in two-unit housing structures.

Once a jurisdiction adopts the 2015 IBC, you can also interrupt the ceiling membrane with a non-rated double wood top plate wall that is sheathed with Type X gypsum board. The ceiling membrane must be installed to comply with the code.

Note that none of the approved code language specifies the framing materials used to construct the walls; instead, the language identifies a double wood top plate at the head of a wall as the mechanism that permits the ceiling to be interrupted. Conceptually, and practically, this limits the use of the interruption concept to wood-frame walls; however, in theory, nothing would preclude the installation of a double wood top plate on a steel stud wall. But one should confirm code acceptance with the local authority prior to undertaking the construction of such a composite assembly.

Two and three story buildings with a 1-hour rated floor or roof-ceiling systems pop up all over the place. Small hotels and office buildings are often examples. If you understand the subtleties of the building code, you can apply them to specific types of construction and use them to your advantage.

All Things Gypsum: Using a Gypsum Board Membrane System for Fire Resistance