Widely praised for its amazing green-building-ness at the time of its completion in December 2000, the Chesapeake Bay Foundation’s Merrill Environmental Center has been plagued with water intrusion problems from the day it opened. The leaks were so bad that claims were eventually brought against the architect, contractor, and the supplier of the engineered wood structural members that hold the building up. The owner settled claims against the architect and contractor and the three then banded together and brought a lawsuit against an engineered lumber manufacturer for damages in excess of $6 million, equal to the construction budget of the building. The lawsuit contends that:

“As a result of Plaintiffs’ reliance on [the manufacturer’s] assurances that Parallams pressure-treated with PolyClear 2000 was appropriate material for use in construction of the project and that the preservative had been adequately applied—which statements were untrue—the structural integrity of the project is in jeopardy and the building is now at risk of collapse. Thus, the defective condition of the PolyClear 2000 has created a clear risk of death or serious injury at the project.”

Those that have been following this case probably know that all claims brought against Weyerhaeuser in this lawsuit were thrown out by the United States District Court on the grounds that the claims were made beyond the State of Maryland statute of limitations. The merits of the case were, subsequently, never argued, and never ruled upon.

What followers may not know is that the judgment in favor of Weyerhaeuser was recently vacated by the U.S. Court of Appeals and remanded for “further proceedings as may be appropriate.” This opens the door for a continuation of the original lawsuit brought against the lumber manufacturer.

When is a Material Green? 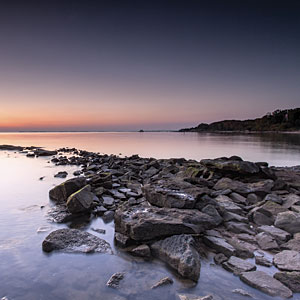 Anti-LEED and green building detractors have seized upon this lawsuit as a perfect “I told you so!” example of green building gone bad; green building concepts and materials rushed into service without so much as a thought. The results, as proven in this case, were disastrous. The material under scrutiny on this project is the engineered wood. Green proponents help the anti-green argument greatly with their many pronouncements and declarations that engineered lumber used in the Merrill Environmental Center is an inherently green material. The CBE Livable Building Awards information sheet on the building lists the material under Sustainable Features and declares that the material is:

“… manufactured from scrap wood and new growth trees that are harvested and quickly regenerated, not old growth lumber.”

In an APA case study of the building, the architect is quoted as saying steel requires 10 times more energy to produce than engineered lumber, therefore engineered lumber was the most environmentally friendly solution.

From the green building proponent side of things, a green material is anything that can be advantageously described as green. Attorney blogger Christopher G. Hill, in a recent post, asks:

“Does this case actually “tarnish” sustainable building, or does it just “tarnish” the use of materials that may not last over the long haul, “green” or otherwise?”

The truth is that all materials have environmental consequence. Structural steel is green by virtue of the fact that it is 95 percent recycled—with post-consumer metal scrap. Engineered wood is not a new product, not made from scrap wood, and not made from fast-growing wood either. It’s true that wood is renewable and takes less energy to produce than steel, but an argument can be made for either material, both pronounced as green. In the case of the Merrill Environmental Center, despite the architect’s declarations otherwise, steel would have been a much more durable, and therefore sustainable, choice for those members in danger of imminent collapse.

Between the time that water intrusion was first observed in the building and the date that the lawsuit was filed, the contractor had hired a forensic architect to ascertain why the building was leaking, and what could be done (if anything) to fix the problem. This investigation led to a paper written by the forensic architects titled “The Importance of Building Envelope Commissioning for Sustainable Structures” in which the authors lambast the architect for specifying materials ill-suited for this building in its particular climate (coastal = wet + windy):

“… the somewhat unique use of wood products on this project, while effective in conveying the design intent of the architect and vision of the owner, nonetheless created a building envelope that, in our judgment, was extremely vulnerable to moisture related deterioration and, as such, would very likely be difficult and costly to effectively maintain, requiring frequent and carefully monitored routine maintenance and periodic replacement of wood façade elements by the owner.”

The authors also conclude that the design of the building was flawed and that the manner in which the building was assembled “proved extremely difficult to effectively seal and properly integrate with the surrounding SIP panels, galvanized steel siding, metal copings, and related construction.”

The sobering reality about this building and its poor performance is in sharp contrast to the owner’s Web site which states that: “It is extremely cost effective and operates in harmony with the land, natural resources, and the Chesapeake Bay, proving that ‘green’ buildings work. Our facility also proves that it isn’t necessary to lose comfort or beauty to build responsibly.”

It will be interesting to see what happens with this case, now that the previous court ruling has been vacated and opened up to potential further litigation. Although often pointed to as an example of “green” materials causing serious problems, the truth is that bad design and bad decisions are to blame. The lesson in all of this, I think, is that when it comes to “green” buildings, what is really lacking is honesty. Honesty about calling anything and everything green purely for marketing purposes. Honesty about the fact that a LEED certification, even the highest level, does not necessarily have anything to do with a building’s sustainability. And, honestly, a poorly designed building that leaks like a sieve from the get go, requires as much money to repair as it did to build, and poses a “clear risk of death or serious injury” to occupants should never be accepted as “green.”

Chris Dixon is a registered architect, Certified Construction Specifier, and LEED AP. He serves on GBI’s Green Globes Technical Committee and is a former USGBC Materials and Resources Technical Advisory Group member.
You must login or register in order to post a comment.