Forty-four states and the District of Columbia added construction jobs in 2015 while construction employment increased in 39 states and D.C. between November and December amid strong demand for construction in most states, according to analysis of Labor Department data released by the Associated General Contractors of America. Association officials said that many of the states experiencing construction declines appear to be energy producing states. 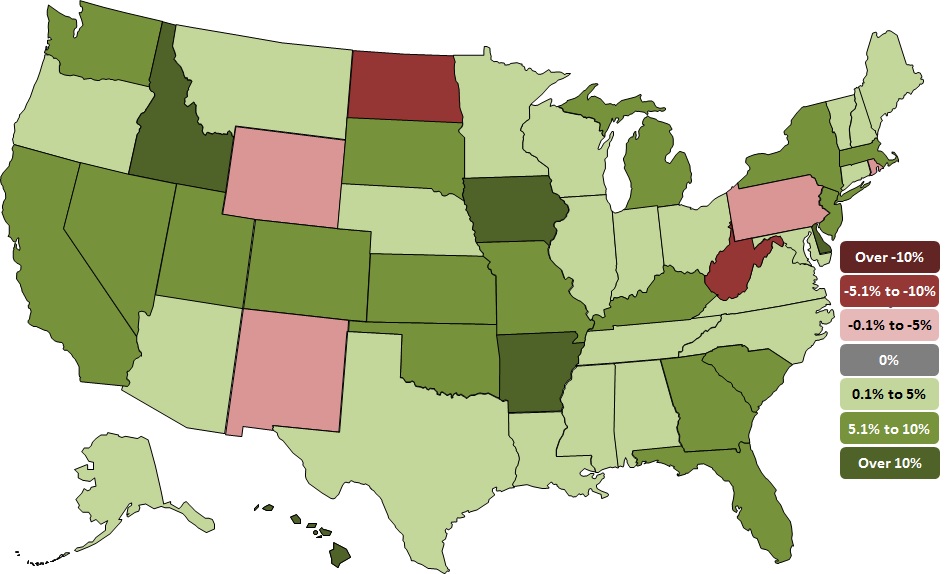 Association officials said the fact so many states added construction jobs last year is a sign that firms are finding a way to expand headcounts to meet rebounding demand for construction. They added that while many firms are optimistic about the construction outlook for 2016, there is no doubt the industry faces a number of challenges this year. Among those challenges are workforce shortages, growing regulatory burdens and the potential impacts of low energy prices in several key construction markets and related market turmoil.

"Considering the fact construction employment is expanding in most parts of the country, it is easy to understand why many contractors are optimistic about 2016," said Sandherr. "Yet the question all of us would like to answer is whether the broader market turmoil will drag down demand for construction this year."