In 2009, the Northwest Wall and Ceiling Bureau completed the publication Impacts to Labor Productivity in Steel Framing and the Installation and Finishing of Gypsum Wallboard. Statistical analysis was performed on 226 individual projects for the purpose of determining the effects to planned productivity when the work was subjected to impact variables such as, trade stacking, out of sequence work, fragmentation, congestion, etc. The research concluded that when specific variables are present, their presence will have an adverse effect to planned productivities. The research examined the effects of 38 separate variables or impacts and provided a value of impact for each of the 38 variables.

Although the degree of impact varied for each variable, few variables are more harmful to the planned productivity of wall framing, drywall installations or finishing, than MEP Interference.

As noted in the Labor Productivity Study, “There are basically two types of interior wall framing: Primary, Corridor or Interference walls and Secondary, or Partition walls. The corridor or interference walls are defined as walls that must be installed (including top-down gypsum wallboard) before any of the mechanical (HVAC ducts), main electrical conduits, plumbing, and in most cases, fire suppression piping (collectively referred to as MEP’s).” Secondary or Partition walls that are full height, extending to the underside of the structure, and are in conflict with MEP, must also be installed prior to MEP. 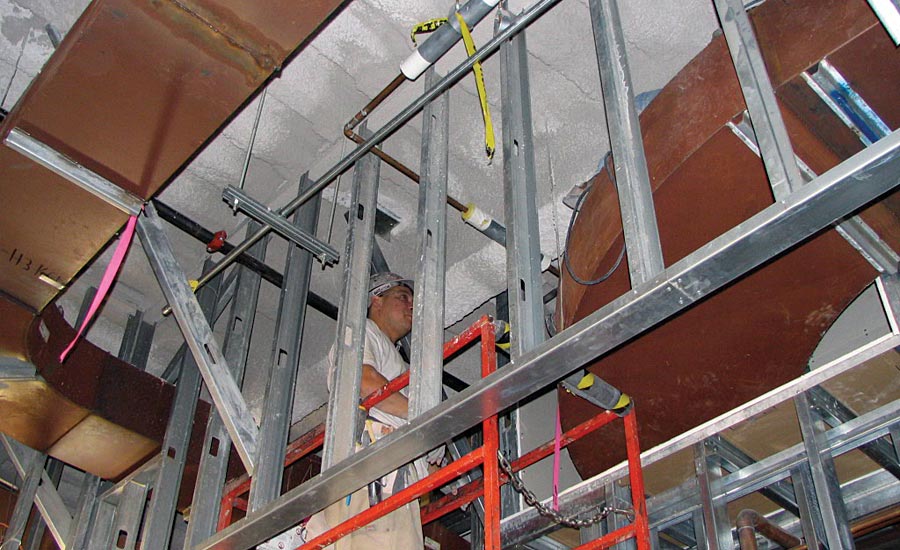 When MEP precedes wall framing, the interfering MEP often prevent adequate access for construction of the wall systems, including drywall top-down installations and firestopping (life safety) and compromise the ability of the building official to inspect the work. 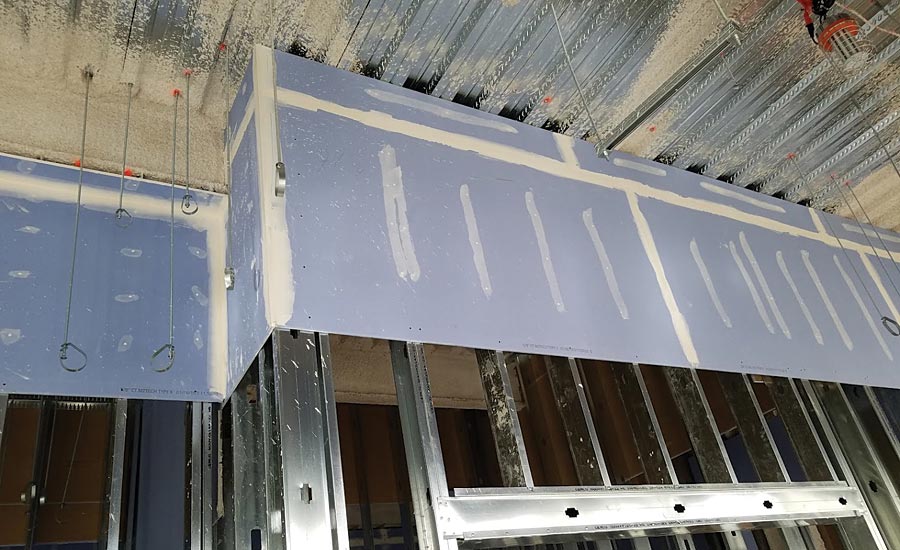 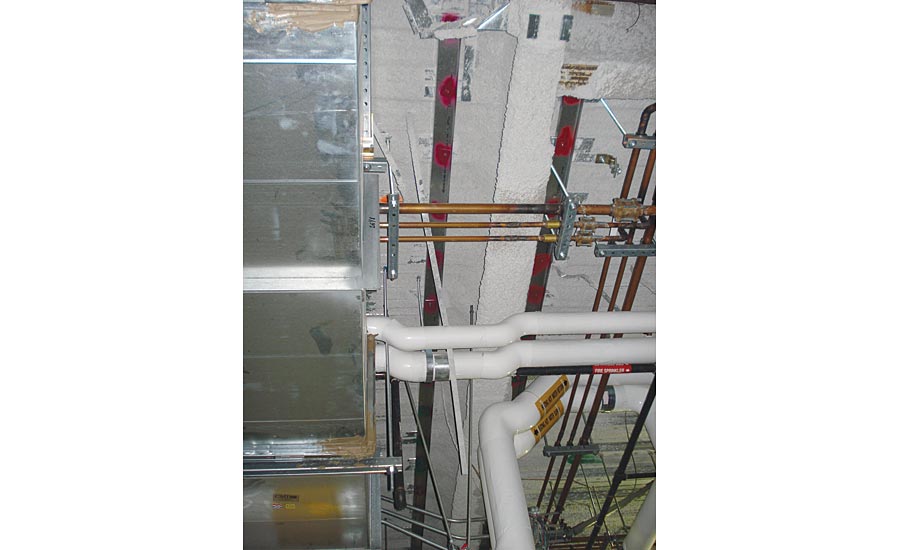 One of the functions of building information modeling is to discover those areas where the installation of MEP will interfere with the construction of wall and ceiling framing. Once discovered, necessary changes to the schedule and/or installations to eliminate the conflicts can be coordinated. On projects that utilize BIM, timely conflict resolution has been shown to reduce impacts to labor productivity and permit the project to proceed as scheduled and complete on-time. But BIM is not utilized on all projects.

Whether utilizing BIM or not, proper communication begins with the Bid Proposal. The NWCB recommends that the Bid Proposal always include the clarification that, “All full height walls are to be completed prior to overhead MEP trade work that may conflict or may interfere with the completion of our work.” 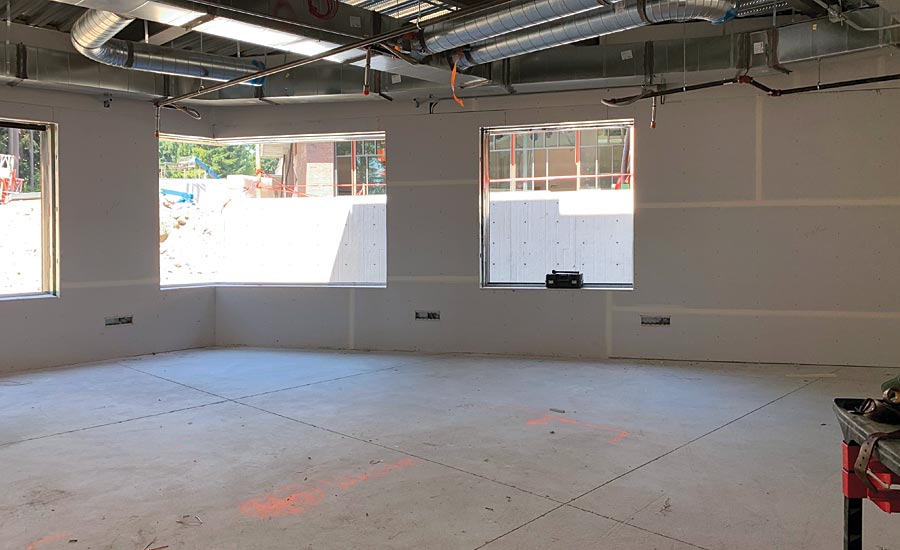 In some cases, the request for proposal does not permit modifications, clarifications or exclusions to the bid documents or the Bid Proposal. When this is the case, and once we have secured the work, we have a responsibility to advise the general contractor that modifications to the project schedule are necessary to prevent project delays that will be experienced if MEP Installations are permitted to precede the construction of primary and secondary wall systems.

Evidence of the effect of MEP Interference can be demonstrated by providing the general contractor with a copy of the publication, Impacts to Labor Productivity in Steel Framing and the Installation and Finishing of Gypsum Wallboard, authors Gerald H. Williams Jr. Ph. D. and Timothy R. Anderson Ph.D., or the peer reviewed paper of the same title, prepared and presented by Williams and Anderson. W&C