General contractors attempt to solve coordination problems between MEP and drywall trades by identifying priority walls that should be framed and topped down prior to installation of MEP work. 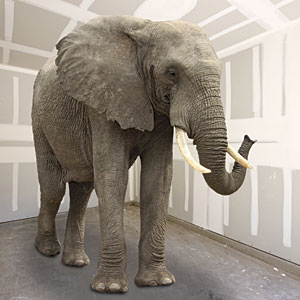 In essence, we have three different mindsets as to what a priority wall is but the difference in opinion is just a symptom of what I believe is the real problem. Before we get to what I think is the crux of the problem, let’s consider the typical qualification that most drywall contractors include in their proposals: framing to be topped down, fire-taped and caulked prior to mechanical work being installed.

For example, if a drywall contractor were to write a tight qualification, such as, no MEP work shall be installed within 36 inches of each side of any full-height wall until framing, drywall top down and caulking is complete, they would not get what they want. Now let’s make it an even tighter qualification by saying, all full-height walls shall be framed, drywall top down, and caulked prior to mechanical, electrical, plumbing and fire sprinkler installation.

How about mechanical, electrical and plumbing of any kind shall not be installed within 4 feet of either side of any full-height wall until after framing, top down and caulking is complete, inspected and approved.

As compared to drywall contractors, there are few MEP contractors in any one geographic location. MEP work is far more complicated than drywall work and requires far more critical system design work, resulting in MEP work being the most expensive part of a construction project.

Oftentimes, on more complex projects, MEP trades enter into GMP contracts where it is in the best interest of the owner and general contractor to let MEP trades have their way as much as possible because there is a substantial monetary incentive.

When you consider the limited number of MEP contractors, the dollar value of their contracts, the complexity of their work, and the types of contracts they work under, you have to realize that a drywall contractor’s chances of getting what they want just isn’t going to happen. Let’s just face the fact that in most cases, MEP trades have far more leverage in getting what they want over a drywall contractor.

Has build information modeling allowed drywall contractors to get what they want? Has BIM come close to solving the issue we’re talking about? In reality, it hasn’t because drywall contractors continue to have the same coordination problems they’ve always had. I shouldn’t say always because there was a time when MEP trades didn’t know how much power they had, and there was a time when general contractors ruled the coordination of work.

Hospital projects in California are governed by OSHPD, which is California’s Office of Statewide Health Planning and Development. OHSPD rules the roost in how hospitals are built in California, including but not limited to inspection of the work.

Hillestad explained that OSHPD doesn’t have any requirements to his knowledge that would curtail the top out issue between MEP and drywall trades. However, OSHPD does require that any obstruction preventing an inspector from inspecting, be removed.

He also explained that OHSPD inspectors inspect every step of the top out process, including but not limited to framing attachment, drywall, screws, insulation and caulking. In other words, OHSPD requirements are very strict. However, OHSPD has not taken it upon itself to mitigate the problem of MEP work being installed prior to interference or priority walls.

According to Hillestad, there are three very important obstacles a project manager must overcome when negotiating the top out issue:

Overall, Hillestad approach to the problem makes a lot of sense and appears to work. In other words, he simply builds relationships by creating a plan and by using it to educate.

What more can be done to minimize the top out issue? Why hasn’t the AGC, ASA, AIA or other associations tackled and solved this problem? There is nothing more important to a subcontractor’s success than how their work is sequenced, scheduled or coordinated. Our associations are well aware of the problem, and I think it’s time they begin the process of establishing a mutually beneficial standard on the issue because it’s not going away.

MEP trades are quickly becoming the kings of prefabrication. They are prefabricating more than ever before: headwalls, cable trays, plumbing, horizontal and vertical ductwork, sprinkler pipe, electrical boxes and panels. Every year the list gets longer, and when they can’t prefab, the cost goes up. In other words, if prefabricated MEP work can’t be installed due to a priority wall issue, the MEP trade charges more because MEP prefab is becoming the standard.

When we look at the big picture we see that MEP trades:

Item eight is of huge concern to general contractors, because MEP work is often times the largest cost to a construction project. Life or success rates for a general contracting company who doesn’t get competitive pricing from MEP trades is short.

The big picture tells us that MEP trades have several advantages that give them a substantial amount of leverage in getting what they want. Once we realize just how much leverage they really have, we have to decide how to go about getting what we want. I think Hillestad’s approach is most effective as long as we combine it with detailed documentation in the event things go bad. In the meantime, we wait until a mutually beneficial solution is found. Hopefully, it’s right around the corner.

Easy Money: A Guide to Working in Blue Collar Trades