The Spray Foam Industry's Shift That Paved the Way

AN INTRODUCTION TO THE SPRAY FOAM INDUSTRY'S SHIFT TO HFO BLOWING AGENT TECHNOLOGY AND WHY IT MATTERS.

In 1987, the original Montreal Protocol was signed as the first step by the international community to protect stratospheric ozone. The original agreement mandated that developed countries in 1993 begin phasing out chlorofluorocarbons or chemicals used in blowing agents that are also known to destroy the earth’s ozone layer. The agreement also called for these countries to achieve a 50 percent reduction in the use of CFCs relative to 1986 levels by 1998. However, after the agreement was signed, new data showed worse than expected ozone layer damage. What has followed subsequently is a series of amendments—including the London Amendment (1990), the Copenhagen Amendment (1992), the Montreal Amendment (1997), the Beijing Amendment (1999) and the Kigali Amendment (2016)—all aimed at controlling additional ozone depleting chemicals and finding mechanisms to enforce developing countries to comply.

Notably the Kigali Amendment extended controls to phase down the production and consumption of hydrofluorocarbons, another ingredient in older generation blowing agents which are commonly used in spray foam insulation and roofing systems, because they result in potent greenhouse gases which are detrimental to the Earth’s climate. At the time of the amendment ratification, U.S. President Obama and his administration strongly backed the effort.

However, U.S. support for the Montreal Protocol wavered and stalled under the subsequent Trump administration, which notably removed the United States from the Paris Climate Agreement and blocked HFC phasedown efforts. When Biden took the helm in January 2021, one of his first actions as president was to return the country to the Paris Agreement, officially signaling the country’s return to focus on the curbing of greenhouse gases, as well as policies aimed at reversing climate change. 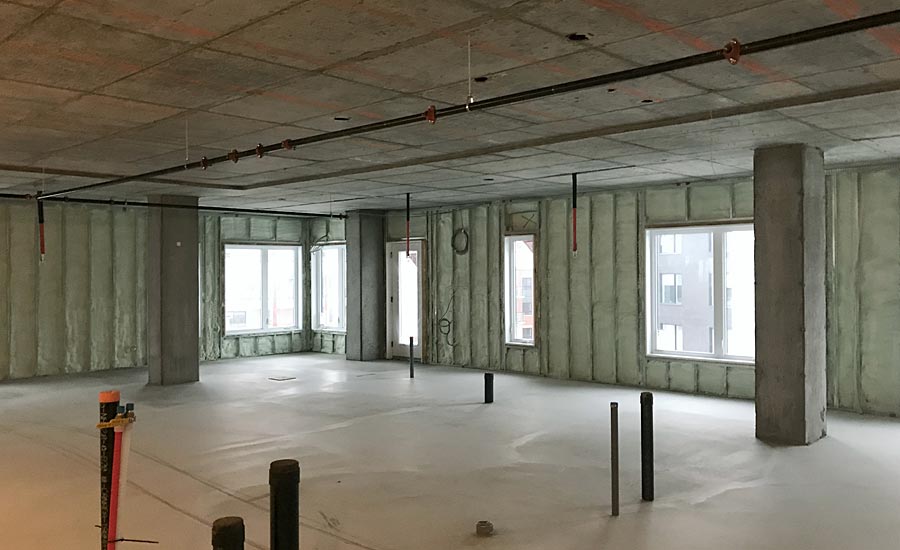 This history is significant to the building, insulation and roofing sectors, all of which take advantage of the performance and energy efficiency benefits of spray foam solutions. Because HFCs are a common ingredient in older generation spray foams, yet are a notable cause of greenhouse gases, top leaders in the industry have been working (irrespective of U.S. policy at any given time) to move the construction sector toward the adoption of next generation spray foam systems. These newer spray foams leverage Hydrofluoroolefins (HFO) or unsaturated organic compounds composed of hydrogen, fluorine and carbon, in their next generation and environmentally friendly blowing agent technology. The significance cannot be overstated as HFO-based spray foams offer zero ozone depleting potential and move the global warming potential of spray foams from a factor of 99 to less than 1.

Despite the importance of HFC phasedown efforts being regulated at the U.S. federal level, the U.S. Court of Appeals—DC Circuit’s decisions have partially vacated the existing U.S. Environmental Protection Agency’s Significant New Alternatives Policy Rules 20 and 21. These two rules called for the shift to environmentally friendly blowing agents. As a result, there is now no federal requirement to transition to the use of blowing agents with low global warming potential in the foam and spray foam sectors, thus much of the effort is being led at the state level. 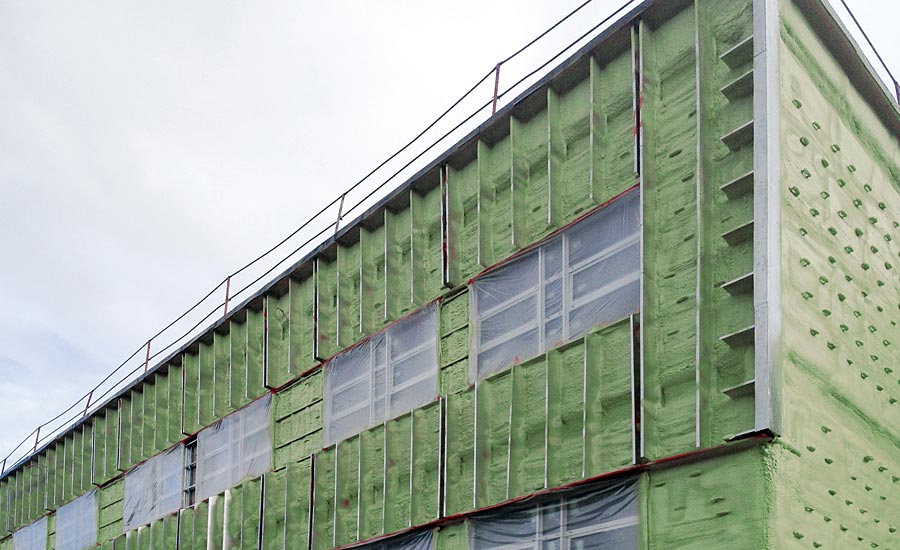 There are currently eleven states in various stages of adopting their own rules mandating the shift to next generation blowing agents. California, Washington, Colorado, New York and New Jersey have all instated restrictions on the use of blowing agents that damage the ozone and lead to global warming. Virginia and Maine have both approved restrictions, which will be effective starting in January 2022. Oregon, Nevada, Texas and Connecticut are currently in the process of developing restrictions as well.

Performance and installation improvements also matter in this state- and industry-led shift to HFO-based blowing agents and spray foam systems. Contractors are increasingly warming to HFO systems because they deliver improved yield and coverage. High-performance HFO spray foams are user friendly, offering easier application and consistent quality on day-to-day and batch-to-batch basis. While the base chemicals of HFO spray foam systems are more expensive than older generation systems by comparison, the improved yield provided by HFO spray foams in addition to the higher R-value they achieve equates to less product needed during installation, as well as a lower or comparable cost to older systems and, ultimately, more bang for the buck.

Looking ahead, expect the push toward HFO spray foams to continue at a rapid pace. With contractors becoming accustomed to the performance benefits of HFO over HFC spray foam options, demand is expected to grow. Additionally, more states will likely follow the first eleven in mandating the move, eventually leading to building code changes that favor HFO use. And finally, with the current administration highly focused on curbing climate change, federal regulations will likely follow and, when they do, they’ll drive the shift at a faster rate. The Truth About Spray-Foam

Do You Know the Way to Santa Fe?