ENTERING ITS 75TH YEAR IN BUSINESS, THIS SOUTHERN CONTRACTOR EXPANDS ITS GENERATIONAL FOOTPRINT.

FL Crane & Sons is a large wall and ceiling contractor that was founded by FL Crane in 1947. With its bare-bones beginning of only six people, the years have seen this family business grow, and grow and grow. Over the early years, brothers Jimmie and Johnny were brought into the fold. In 1963, the business was incorporated.

By 1985, the small contractor firm had opened two other locations, one in Austin and the other in Angie, La. At that time, approximately 150 were employed. Then in the early 1990s, the Casino Construction Division began. Based on the success of these smaller offices, as well as the Fulton Division in Mississippi, and the modern technology of being able to estimate jobs with a computer rather than by hand, additional offices were opened in Memphis, Cleveland, Jackson, Ocean Springs, Miss.; and Huntsville and Tuscaloosa, Ala. The company cites its work on various casinos in the South as a big part of its growth.

Now FL Crane & Sons is one of the most extensive finishing contractors in the nation (as named in past Walls & Ceilings Top 50 Contractors lists). The company’s list of capabilities continues to grow with the ever-changing landscape of the construction industry.

The lack of experienced labor workforce has given the company an opportunity to invest in new means and methods to maximize its reputation. These new means and methods are what FLC&S has categorized as its Off-Site Construction capabilities, where it’s panelizing interior and exterior wall panels off-site in its warehouse environments. The company says it has identified this as the future of construction (in the markets FLC&S covers) to serve customers in new ways.

The company’s President Ty Crane says the company has been consistently busy and reports business is on the right track for FLC&S.

“[Last year] had its difficulties due to COVID and supply chain issues,” says Crane. “We are very optimistic for 2022 [as a whole] with a great backlog and some really exciting opportunities to utilize our off-site and prefabrication facilities.

“Price escalations in 2021 caused a good bit of construction to get cancelled or paused,” he continues. “In late 2021, we have expanded our footprint to increase opportunity, and we anticipate an increase in revenue and opportunity for this year.” Crane—like many of his peers and colleagues—says adjusting to the new labor force and the personalities/expectations that come from that work force is what he finds most personally challenging in this industry. But what does he truly love about the industry?

“The constant change and innovation that we are seeing,” Crane says. “There have been some very intuitive solutions to industry problems that have hit the market lately.”

He tells W&C that his long-term goal for FLC&S is to be the “Go To” contractor in the company’s region for prefabricated wall panels (interior and exterior) and exterior metal panel systems.

“We have a strong foundation, built over 75 years, of being a company that performs work the right way,” Crane says. “This foundation remains a core aspect of our company, and mixed with our drive for innovation we have built a team that can deliver in an industry where condensed schedules and lack of manpower has become the norm.” 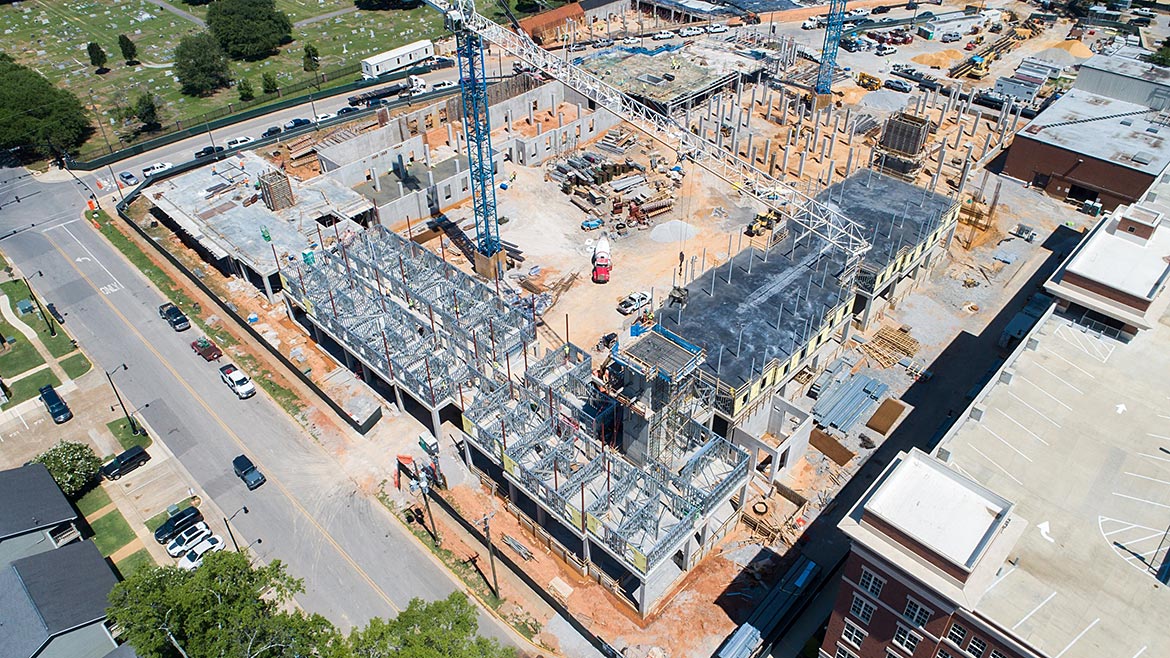 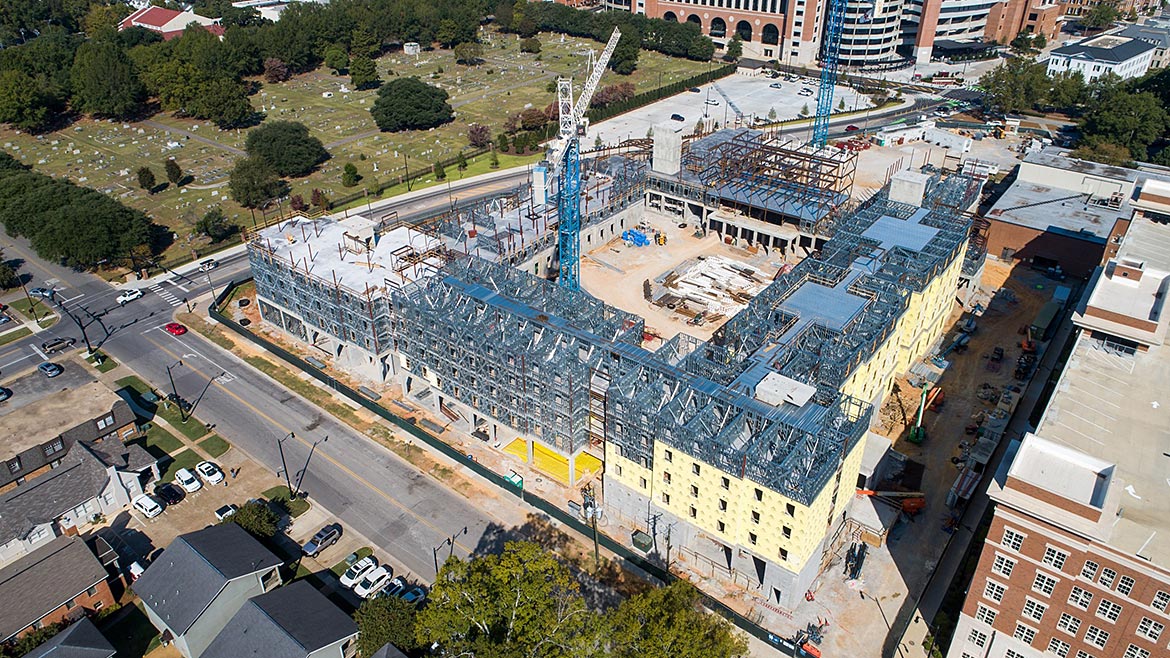 Location: University of Alabama, Tuscaloosa, Ala.


This project was a game-changer for FL Crane & Sons, according to Crane. “It was the biggest load-bearing panelized job we’ve ever taken on.” The project is a student housing project for U of A. It was roughly 366,000 square feet and stands five stories tall. It will house more than 1,200 students for the university.

“We produced more than 4,500 interior/exterior load bearing wall panels for this project while utilizing 75 percent less manpower on-site,” says Crane. “We were able to validate our Off-Site Construction capabilities through this project along with continually gaining maximum exposure with a project of this size."

Manufacturers/Products Used on this Project Include:

“We were impressed with the speed element of the FRAMECAD metal stud framing systems,” says Crane. “We shaved off two months vs. using traditional construction methods for our framing package.”