Green construction company Nexii Building Solutions announced on Oct. 26 the manufacturing completion of 10 service plaza buildings as part of a larger project along the New York State Thruway. Acting as a subcontractor for design builder AECOM Tishman, Nexii designed and manufactured the high-performance building envelopes as efficient, sustainable alternatives to traditional commercial retail at rest stops. These 10 public structures are part of an ongoing project that will introduce 23 new service plazas along the New York State Thruway by 2024. 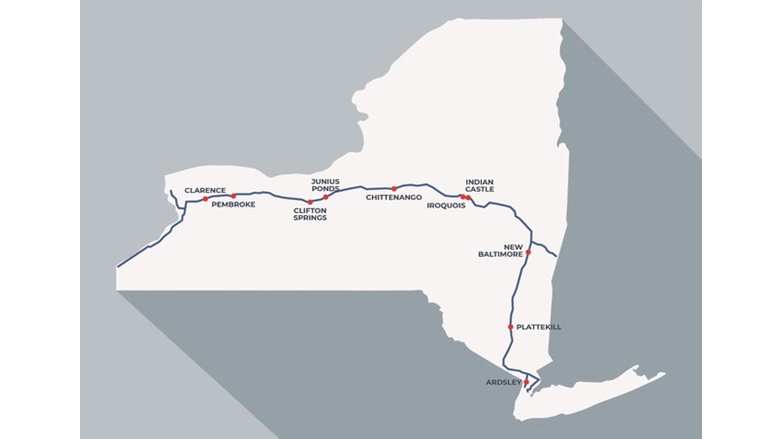 The Hazleton NCM plant, which opened earlier this year, is the Vancouver-based company’s first manufacturing plant in the United States. The plant has brought 100 green jobs to the community, with a goal of 250 total jobs as work begins on additional projects, including the upcoming construction of a green data center.

“We are so proud of the Hazleton team, which is currently producing more than 6,000 square feet of Nexiite panels each week,” said Stephen Sidwell, Co-founder and CEO of Nexii. “And we’re thrilled that governments at all levels are becoming increasingly committed to building in a more sustainable and efficient way. Taking on large-scale projects like this one allows us to more quickly scale our vision for a greener future.”

Nexii is working to revolutionize how the world builds–an important mission, since buildings and construction are responsible for 36 percent of global energy consumption and 37 percent of greenhouse gas emissions annually. Buildings made with Nexiite use approximately 31 percent less embodied carbon than conventional construction materials and use, on average, one-third less energy overall, driven largely by a reduction in heating and cooling loads. Nexii’s building process also accelerates standard build times by up to 75 percent and eliminates nearly all on-site construction waste. This innovative approach to building couldn’t be timelier, as the federal government looks to reduce infrastructure emissions through the Buy Clean Initiative.