Is Social Media the New Way of Business?

In case you have been living under a rock for the last few years, the latest web-based trend is social media. For those of us in construction—myself included—it could appear to be irrelevant. Facebook, Twitter or whatever form is hot today is shaping the world. However, I thought it was miles away from the world of construction. Some would even go as far as to say that the baby boomers believe it is a “young kid’s thing.” But then something happens. It awakens you to realize you may have missed something. This happened to me a few weeks ago.

I live close to Disneyland and frequently have visitors that want to go to the theme park, so my wife and I purchased annual passes. Recently, we decided to go just for ourselves. The evening was warm and pleasant. To ensure we were not going to compete with a major event or corporate sponsorship with large crowds, I went to the Disneyland Web site and reviewed the events planned for that evening. It looked great with nothing going on out of the ordinary.

Upon arrival, the parking lot was packed. As we made our way across the parking lot, a young woman in an over-the-top dress with high heels and a parasol passed us. My wife and I could not help but comment, “Who dresses like that to go to Disneyland?”

As we approached the entrance, we ran across more and more women in fancy dresses and guys in vests and bow ties. As we waited in line to enter the park, we noticed that the amount of people dressed like this was overwhelming. A young couple got in line behind us and they were also dressed up. The 20-year-old woman had her clothing and hair and makeup done to look as if she was auditioning to be Lauren Bacall. The young man was apparently doing his own impression of Bogart. We had to ask why.

Her answer was, “Dapper Day at Disneyland.” She went on to explain that it is kind of fun to dress up, be someone else and has recently become rather popular. I commented that I saw nothing on the Disneyland Web page about this. She responded that it is not an official event—it is purely through social media. 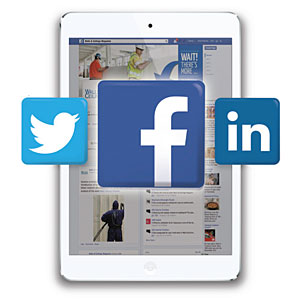 This was eye opening to me. Whether you believe social media is a joke, a waste of time or unimportant to you, you might want to stand back and take a second look. During our relaxed walk through the amusement park, we had almost as much fun seeing the various attires from young men and women as we did just being at the park. After an hour, my wife commented that at least 25 percent of the people in attendance were dressed up for the occasion.

After some further research at home, I discovered Disneyland is well aware of this event and has put out a public statement, on social media, that they are “cool” with it. They stated that the dapper attire will now be welcomed at the park and Disney staff hopes all “dappers” have an enjoyable visit. That is embracing social media and moving with the future, even if that future is not exactly what they thought or planned for.

More research uncovered that Disney parks are the world’s largest resorts and not by just a little bit. The next three combined parks do not even touch Disney. Disney constantly re-invents themselves to ensure success and have re-bounded from past failures. While I had no idea Disney was so in touch with social media, it did not surprise me that they are able to use it to their own advantage. Can we learn from them? Should we try to be more inventive, creative and possibly think outside the box? Stereotypes and preconceived ideas of what has worked in the past may not work in the future.

I have no clue what big idea is just sitting in the pipeline of someone’s brain waiting to be launched, but I am certain it is coming and it just might change the landscape. I am now a believer; social media has true power to influence. Someone in our industry will figure out a way to harness and steer it to make millions and possibly even billions of dollars. After all, if you told me young kids would dress up like Bogie and Bacall, Fred Astaire and Ginger Rogers, or Cary Grant and Audrey Hepburn and storm an amusement park, I would have called you crazy. The only sad thing for me is that these kids had no idea who I was talking about when I mentioned these actors. Now I feel really old.