Every year ends with a list of the world’s most influential people, movies and commercials. The word “influence” is best defined as, “the power to change or affect someone or something without force.”

Some of the most effective ways to influence masses of people quickly is through advertising, news, movies and music. Whether these influencers have a good or bad impact on people’s lives is not the issue. The real issue is how you influence the people you lead, work with or work for.

For Good or Bad

There are people in our business and in your company who influence others for good or bad. For example, there might be an apprentice working for you who is on fire every day. He loves his job, arrives to work early, wants to learn and is excited about the future. On the other hand, you might also have the apprentice who does his job, occasionally arrives late, has a substance abuse problem and, for the most part, just does what he’s told. Both examples are people of tremendous influence.

“Influence-ism” is not a word found in the dictionary. However, if it were, it would be defined as the “practice of influence.” I’ve come to the conclusion that someone or something influences everyone, including the most influential people on the planet.

For example, Virgil M. Spurlin was President Clinton’s music teacher. However, Spurlin taught Bill more than just music, and their relationship was part of the reason Clinton decided to go into politics. 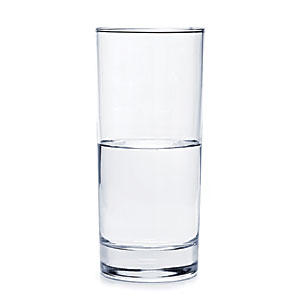 One of the world’s most influential women, Oprah Winfrey, honored her fourth-grade teacher, Mary Duncan, for the role she played in Oprah’s life. Dr. Martin Luther King Jr. credited his mentor, Dr. Benjamin Mays, for influencing him at the young age of 14.

Walter Cronkite said that if it hadn’t been for the influence of a high-school teacher named Mr. Birney, he would have most likely become a mining engineer. There isn’t enough room in this article to list the many examples of people influencing people.

Negative influencers are your typical critics who always see the glass as half empty. They’re rarely happy and more often than not they have a variety of problems they bring to work each day. Yet, they have no logical reason for their negativity, nor do they have a purpose in mind. This means they are just being themselves. However, individually and together, they do have the power to change or affect someone or something without force.

Many years ago, I was working out of town hanging drywall when all of a sudden this guy runs into my unit and says, “I’ll race you for paychecks.” I replied, “OK, I’ll race you, but we race for five days in a row and whoever hangs the most board in a week wins.” I knew this guy was fast but I also knew he couldn’t get himself to work for more than two or three days in a week.

Needless to say, the guy had issues. He was very talented but he was continuously negative. He was fast and he influenced others. In other words, he had the power to change or affect someone or something without force. And no, he didn’t take the bet.

Yes, there are owners who have a “what-have-you-done-for-me-lately?” attitude, which is negative. Then there are owners who may be tough, focused and intense but are leading the charge. These individuals are more than willing to help solve problems, all while having an attitude of gratitude. These are all positive influences.

The selfish influence sends a very negative message that’s absorbed by others and passed on down the line. It’s like smoking a rack of baby-back ribs—you smoke them until the smoke flavor reaches the bone and then you slather it up with your favorite sauce. Negative influencers at the highest and lowest levels spend a lot of their time saturating people with their own smoke recipes, at a very high cost.

The Glass Is Half Full

All levels of people in our business read Walls & Ceilings,from owners to field staff, and those readers often contact me.

I’ve talked to Don R. from New York City several times about articles he’s read and enjoyed. Mostly we talk about his desire to grow his business, and I’ve enjoyed every minute of it because his glass is always half full. His company specializes in drywall and plaster, and I must say that his enthusiasm is contagious. He’s the kind of guy who will thank his employees for a job well done, and at the same time come to the aid of someone who needs help solving a problem.

I could say a lot more about Don, his personality and his ability to positively influence people around him but I haven’t asked for his permission. Which leads me to ask this question: Are you a positive influencer or a negative one?

How to Influence Positively

No matter your position in a company, to be a positive influencer you have to have a “how-can-I-help-you?” attitude rather than a “what-have-you-done-for-me-lately?” attitude. After all, when you strip away the stock you might own in a company, you’re just another human being. Be as focused, tough and intense as you want but be willing to help.

Be grateful and be forgiving and stop being a critic, as they are a dime a dozen. Oh, and did I say, be forgiving, be forgiving, be forgiving? Forgiving has nothing to do with your decision to fire someone for one reason or another or for choosing one vendor over another. Forgiveness is all about becoming a positive influence. You can’t be one if your attitude toward others is negative.

Think of it in terms of cancer cells. As the owner or manager of a subcontracting company, how many cancer cells do you want to be part of your company? Or, maybe you’re spreading your own cancer cells around. Maybe you gave them to your partner, or your managers.

No matter your position, you have the power to change or affect someone or something without force, either positively or negatively.