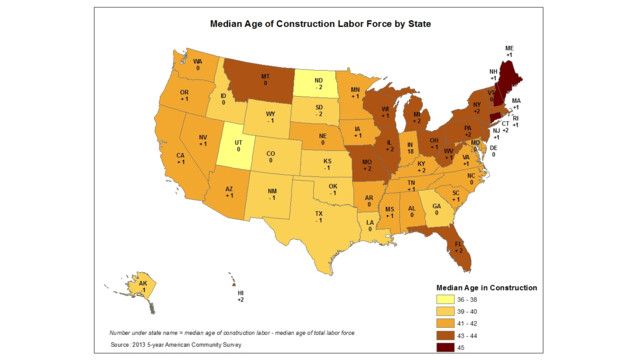 Moreover, the ACS data presents regional patterns. Median ages tend to be somewhat higher in the Northeast and parts of the Midwest. For example, the median age of construction workers is 45 in the states of Maine, New Hampshire and Connecticut. Lower median ages are found in states in the central part of the nation, with the youngest medians found in Utah (36) and North Dakota (38).

Given ongoing labor access issues in the industry, attracting the next generation of construction workers will be a challenge the sector will face in the coming years.