It seems perplexing that since the control joint was invented by Raymond Clark in 1955, there have never been large-scale tests of the function and movement when subjected to shrinkage or thermal variations. The design was not complex. It’s what is known in today’s market as the double V or M expanded flange control joint (Figure 1). This design hasn’t changed much since conception. One thing that is justified to mention is the original design showed the joint tied to lath that was continuous behind it. The patent was filed in 1962 and it has been used in exterior stucco applications ever since.

The engineering community is an educated group of professionals. Even though they, as an industry, have never conducted any testing of their own, physics and theory leaves them to believe cutting the lath is better. Some of the theory may be based on concrete performance because concrete has been tested in every manner possible. In my opinion, we can’t compare the two. The only common ingredients are cement, water and sand. They are far from comparable materials, due to the configuration and use of concrete vs. stucco. Stucco and concrete have more differences than similarities. Concrete is mixed by weight, stucco by volume.

In early 2015, The ASTM International C11.03, which governs lath and plaster assemblies, gypsum and related building materials and assemblies, issued a call for position papers on control joints. Many papers were submitted by our members. The position papers were intended to help bring consensus within our committee; they did not. Most in the design community held firm on the stance the lath needs to be cut at control joints to limit cracking in stucco. Many contractors and technical bureaus that have decades of stucco installation with continuous lath at control joints do not agree. They, like myself, have seen plaster crack over continuous lath and with the lath cut.

It was in this time-frame I had approached Bill Coltzer of Z6 Commissioning, ISO accredited, with the idea of a large-scale test. He was very receptive to the idea of doing what has not been done and basically testing anything. The Z6 Testing Facility is in Galveston, Texas, about 60 miles southeast of Houston on the upper coast of the Gulf of Mexico. Our mockup wall faces southeast. Z6 provided testing, the facility, construction documents, BIM, field technicians, engineering, deflection test and instruments for measurement.

When I approached Chad Dupree of Diversified Plastering about what we were about to do he was all in. I mean all in; including all of the labor to erect scaffold, lathing and plastering the mock up and providing the scaffold. Dupree was about to be the incoming President for the Texas Lathing and Plastering Association. This endeavor, as well as another father/son presidency of the TLPCA, will become another of his legacies. Dupree had interest because they do large projects that many times have third party inspectors or an envelope commissioning firm overseeing the stucco assemblies. Diversified Plastering is a highly respected contractor in the Texas market for 40-plus years.

This collaboration of participants for our study came together for a common goal, to establish a benchmark on best performance of a stucco assembly. All of our materials were donated by suppliers and manufacturers.

Prior to 2000, the ASTM 1063 was just a reference standard for the A&E community. When the International Building Code incorporated the ASTM standards into the code by reference they became the authority on control joint installation. Many years of proven, good performance over continuous lath was no longer recognized by the code officials or consultants. Documents about continuous lath were considered anecdotal. This created a dissension in the industry. Many members of the associations I have belonged to continue to install in this manner unless specified to cut the lath. A problem associated with cutting the lath with no framing member to attach the lath into is a phenomenon known as “end curling.” The lath that is cantilevered or unattached cures in a manner that allows the plane of the stucco to offset.

The drawings and specifications for our research were developed to coincide with typical wood frame construction and common practices in the field with stucco applications with exceptions. The wall assembly is typical #2 yellow pine spaced 16 inch on center. The sheathing is 7/16-inch OSB attached to the framing with 1½-inch deck mate screws. The sheathing was installed in a running bond pattern (staggered ends) and spaced 1/8 inch at the edges and sides. This installation is contrary to common building practices in Houston.

The most common installation is vertical without the edges staggered or spaced. Tyvek building wrap is the first layer of WRB because it’s the most commonly used house wrap. Grade D building paper is our second layer of a WRB; 3.4 pounds per yard expanded metal lath was screw attached to the framing members. Common lath installation over wood sheathing is usually staples. All trim accessories were galvanized metal with exception of the control joints, which were pure zinc. Our lathers wire tied control joints to the lath not to the structure and tied the side and end laps where they did not fall on a stud. Other accessories were the FHA #7 weep screed, X-1 cornerbeads and 3/4-inch #66 casing beads. One Portland cement, one masonry and 415 pounds of sand was field mixed without the addition of fiberglass strands because the code doesn’t require them.

Our objective was to comply with ASTM C1063 and ASTM C 926, with exceptions. Those exceptions consisted of not following the published AIA document Q370G for wood sheathing installation. This document recommends upgrading to thicker sheathing and blocking the horizontal seams when used as a substrate for stucco. We chose not to moist cure even though the building code requires it because a very small number of projects allow time in scheduling for it. In harsh conditions moist curing is prudent to reduce cracking (Figure 2). The consequence is evidenced in the study. 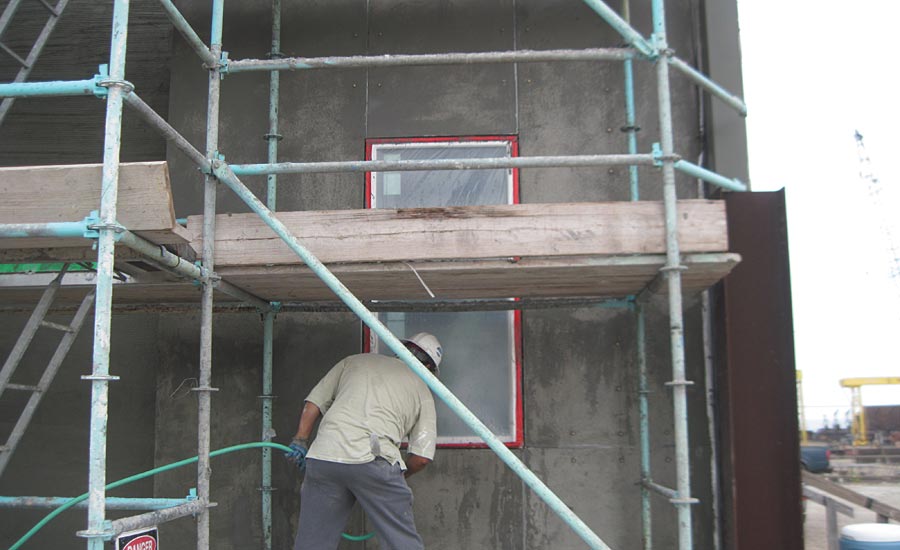 Figure 2: This is an example of moist curing which is basically wetting the wall after the cement has set. Weather conditions should dictate the amount of moist curing required.

The mock up wall was constructed in early December 2016. It was 30-foot tall and 40-foot long. The lath installation followed shortly thereafter. The stucco didn’t start until mid-January. The wall had eight panels with different control joint configurations. Four panels had the lath cut at the joints and four mirror panels with continuous lath. As soon as the brown coat was firm enough to receive our strain gauge pins they were inserted into the cement and attached with epoxy. More than 200 pins were in our 1,200-square-foot wall opposite each other along the control joints (Figure 3). After establishing our zero readings the Z6 team measured movement daily with a Demec Mechanical Strain Gauge. Figure 3: Illustrates a few of the 200-plus strain gauge pins set in the cement to measure control joint movement with our mechanical strain gauge.

Only two panels were intentionally moist cured because part of the research was to study the results of not moist curing. Job schedules do not allow time to moist cure. Occasional rain occurred during the first two weeks. Moist curing should be at the top of the list to help reduce cracking in stucco.

Within a day or two we observed curing anomalies from repaid dry-out. There’s usually a 10 to 15 mph wind coming off the bay and January was unseasonably warm. I observed the wall almost daily for the first two weeks. Within a week we observed our first shrinkage cracks. They were in the continuous lath panels. Shrinkage cracks are almost inevitable in rich mixes and stucco that isn’t moist cured properly. At this time the cracks were barely visible. We tracked and measured them as often as possible while continuing to work our jobs.

At day 100 some members of the ASTM 1063 came down to Texas to observe our test panel. Jeff Bowlsby Architect, SGH was one of them. He is current co-chair of this committee. He and I both believe that maximum shrinkage of stucco occurs within the first 100 days, that’s why we chose late April to meet and study the results.

Cracking was expected because we did not implement any crack reduction measures. Crack mapping and measuring was secondary in our research (Figure 4). We wanted to document if cutting the lath promoted more movement during curing thus reducing cracks. The final reports from Z6 and Houston Lath and Plaster will have been recently released as of this print and are available upon request unless I find a publisher. They are lengthy. They have been distributed to my colleagues of the Stucco Work Group and C1103 Committee for review prior to May Committee week in San Diego. As a contractor, I see a performance difference by cutting the lath but I also moist cure. If a general contractor tells me there’s no time for it I produce a document for them to sign. The engineering data does not support better performance from cutting the lath and there will still be some that argue it does but that argument will no longer stand up in court as the reason the stucco cracked. Read the reports and decide for yourself. See you next time from Ground Zero. Rogan has been in the walls and ceiling industry for nearly 40 years; 21 years of field  operations for Houston Lath and Plaster. His strength of technical knowledge in exterior wall assembly failures has led him to form Houston Exterior Wall Inspection & Testing (HEWIT), a building enclosure pathology company specializing in assessment and remediation. Rogan can be reached at hewit365@gmail.com

Why Contractors Are Working For Themselves