With Close To 50 Years In The Construction Industry, Robert A. Aird Continues To Build Its Reputation.

Robert A. Aird graduated from the University of Maryland with dual majors in English and sociology in 1971. A few years later, while working full time, he obtained a Master’s Degree in counseling psychology. His post graduate work brought him to Israel and the Netherlands, and soon after, he packed into his Volkswagen bus and headed to Brazil to teach English. But he didn’t get any farther than Guatemala, where he resided for a year and a half.

What Aird didn’t know while he was living in Guatemala—working on a film crew capturing the jungle of Tikal, supervising the conversion of buildings into a hotel in the town of Chichicastenango—is that he’d be nearing 50 years in the construction industry one day.

After Aird finished his time abroad, he returned home to Maryland. He needed a job. He came across an ad in the newspaper. He figured since the jobsite was near his apartment, he’d check it out. He skirted certain details when the superintendent asked him if he had any experience with plastering, and landed a job as a laborer supplying the mechanics. Eventually, he moved up to an apprentice position, then to a mechanic, then to a foreman and then to the superintendent himself. One day, he looked around and realized he was doing the bulk of the work and somehow had a crew that was loyal to him. So, he did what anyone in his position would do: he went out on his own. And Robert A. Aird Inc. was born. 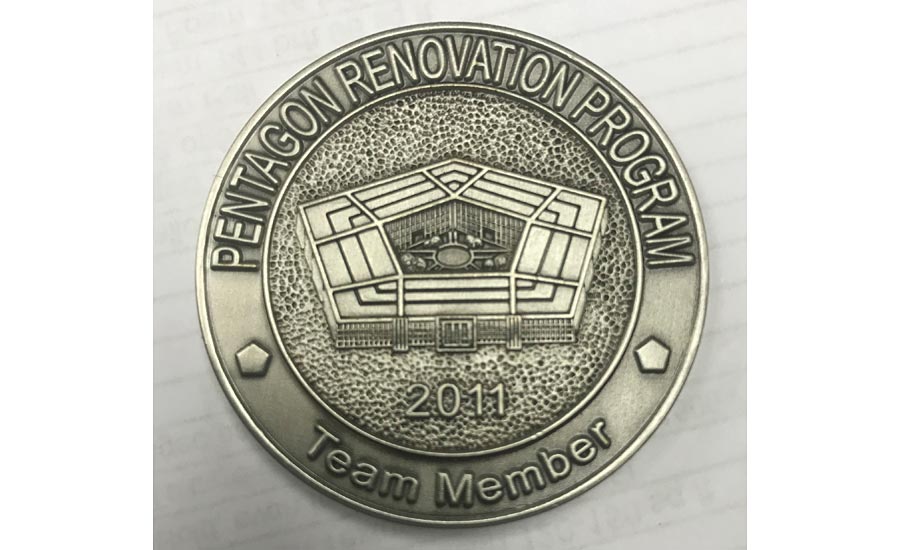 Since 1975, Robert A. Aird Inc. has been “building the future and restoring the past” by servicing Maryland, Washington D.C. and Northern Virginia with exterior services such as: new and restorative building enclosure systems, EIFS/stucco, water resistive barriers, caulking, flashing and concrete restoration. The company’s interior services include plaster in these types: gypsum, lime, acoustic, veneer and Venetian.

Business these days has been good, Aird says. In large part based on the quality of the company’s work but also because of its emphasis on worker safety and relationships with its clients. However, Aird faces the same challenge the rest of the industry is facing: labor shortage. “A continual challenge is having enough work for the crew and enough crew for the work. It’s a juggling act. While construction work is always plentiful, there is a dearth of qualified and willing, sober workers,” he says.

Each field worker undergoes training at the company. “Whether it’s those with no experience in our industry or re-training those with poor work habits, we try to impart our policies on them.”

And Aird puts an emphasis on the value of his employees. He shows them that by assuring full 40-hour work weeks and paychecks. Even amidst a pandemic. “They value what we offer and we value them. It is a wonderful relationship,” says Aird.

The ideal project for Aird and his employees is a restoration of a building exterior, where the contract for removal and replacement of failed materials (whether from poor installation or age/lack of maintenance) lies in their hands.

Luckily for them, within that same vein, Robert A. Aird just completed $500,000 of plaster restoration work.

The Franklin School, built in 1869, was designed by renowned D.C. architect Adolf Cluss. It was the site where the first ever wireless transmission of a message occurred in 1880 when Alexander Graham Bell used his invention, the photophone, to transmit speech over a beam of light. Now, in 2020, the Franklin School will reopen as Planet Word, the world’s first ever voice-activated museum geared towards bringing language to life by providing an immersive language experience.

The redevelopment was led by philanthropist Ann B. Friedman and her desire to explore the power, fun and beauty of words. This was something Robert Aird could get behind. It was plaster restoration and Aird is an avid lover of language, bilingual in English and Spanish.

Going into it, Robert A. Aird (in addition to architect of the project, Beyer Blinder Belle, and general contractor, The Whiting-Turner Construction Co.) knew they had to work with the fact that the Franklin School was one of D.C.’s 18 structures in the city with the highest level of historical preservation protection. Which meant there were strict rules that governed the alteration of the building’s interior and exterior.

So with the keeping of the building’s history, bones and personality, they set out to work. Over the next year, Robert A. Aird, Inc.’s work on the museum included a three-coat gypsum, veneer, lime and acoustic plaster, along with pre-fabricated cornices on the interior and cement stucco on the exterior. “It holds special appeal for me, inasmuch as we did so much work on it, and the fact that I am a language lover,” Aird says. “I anticipate visiting the museum many times and sharing it with others.” 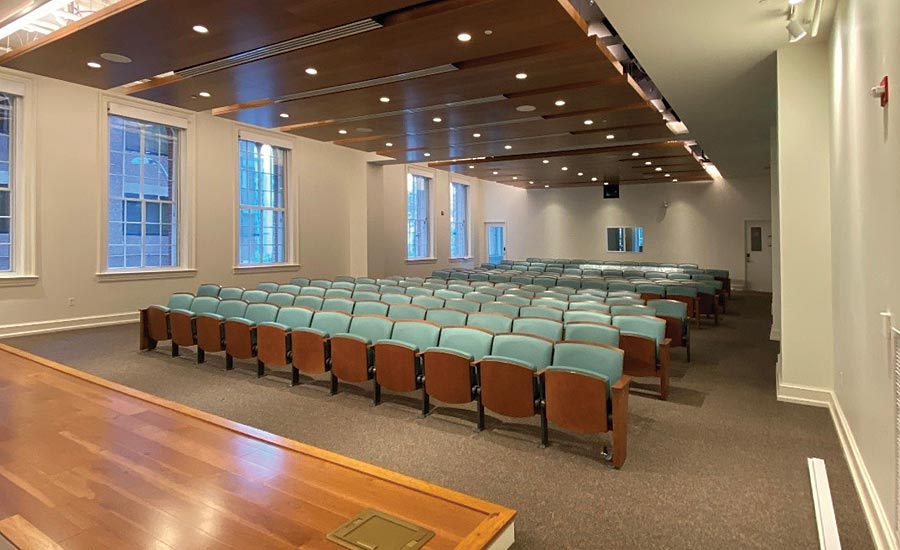 Robert A. Aird’s reputation for quality workmanship, safety and service to their clients are the company’s hallmarks. The experience under their belt and the scopes of work they are able to provide make them a one-stop shop, if you will. All of Aird’s foremen hold certificates in OSHA-30, scaffold building, and man-lift usage. Membership of associations include:

The company has ventured its way a bit out of the country a time or two. They’ve undertaken projects in Ecuador, Honduras, Grand Cayman and Gabon, West Africa. Aird, the lead instructor for AWCI’s EIFS—Doing It Right course since 2006, taught this course not only in the U.S. but also Central and South America. His fluency in Spanish has contributed immensely to the success of his business.

Most of their work is for repeat customers. Aird, Inc. appeals to those who don’t necessarily want the cheapest price they can find, but instead value what they offer: quality, no callbacks and safety. “That, coupled with our support of the architects and our clients makes us the contractor of preference.”

There are no immediate plans for retirement in Aird’s future. He loves what he calls the “voyeurism” of the job. That he gets to see places the general public doesn’t. Like the Pentagon for instance. Or the White House. Or safe rooms. Yet, there are days he wants to pack it up and head off to somewhere like St. Petersburg, Russia to check out the history and architecture of the city. But, those days are few and far between, for now at least.

Aird, to put it simply, gets bored easily. He likes to work. So much so, that often he is overwhelmed by all he needs and wants to do. So, he takes it one day at a time. Each day he sets out to continue to support the 60 families and various clients, architects, vendors, manufacturers and construction community, who count on him. He works so he can hand over to his daughter, Sarah Nichols, a successful and organized business. Serving as the Director or Operations for the company, Nichols the obvious candidate to take the business over, is strong-minded and has invested herself in the company for eight years. “So she gets it,” Aird says. Nichols also serves as the Contractor Director on EIMA’s Board of Directors.

Aird and his business partner who doubles as his wife, Judy, have geared their business plan toward long-term quality and durability of their work. “She and I are good counterparts for keeping the business on track,” Aird says. They see things differently, he says, but they share the same zeal for business. “We’ve assembled an outstanding workforce who understand that reputation and repeat customers are essential to the longevity of a business.” This is evidenced by the fact that they’ve been in business almost a half a century.

So what is next for Robert Aird? It’s likely Aird will spend time reading and his trips to Planet Word may just turn his love of words into a book collection, similar to that of one of his idols, Thomas Jefferson.

“The result of your 50 or 60 years of religious reading in the four words: ‘Be just and good,’ is that in which all our enquiries must end.” –Thomas Jefferson 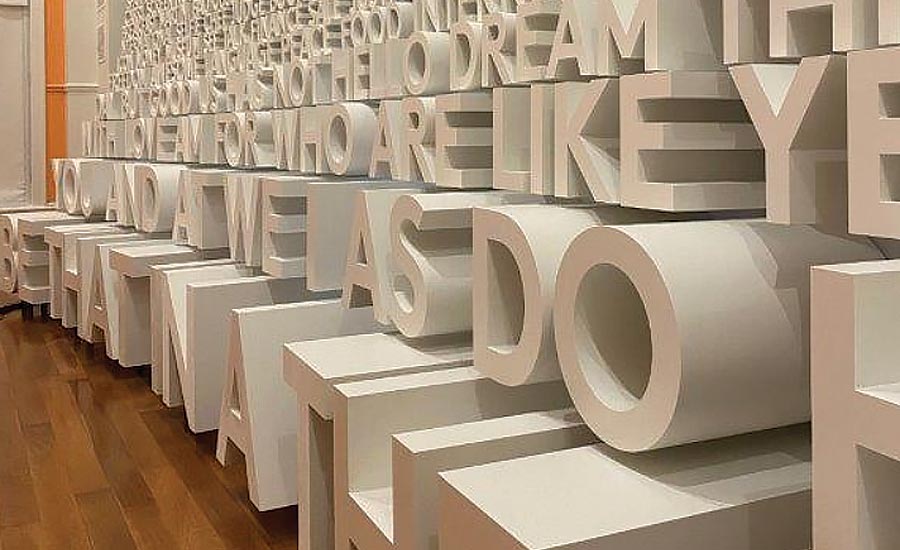 Aird says before they started on the building, it had sat empty for 10-plus years. It was in terrible condition. “The end result, however, was breath-taking both inside and out,” he says. Featuring a grand wrought-iron staircase that extends three full floors, murals on plaster walls (some of which mimic the original murals in the Franklin School) and a 20-foot-tall wall of words, Planet Word now sits ready for its opening day.