HOW TIGHT SHOULD A BUILDING BE? HOW EFFECTIVE ARE AIR BARRIERS? HOW MUCH ENERGY CAN WE SAVE?

The use of air barriers in buildings is a relatively new activity in the United States. Air barrier requirements were included in energy codes in 2006 and are proposed to the IRC/IBC to deal with moisture. Design professionals, contractors and installers are acquiring the expertise for the proper installation of air and water-restive barriers. There has been a lot of discussion on how tight a building should be, how effective air barriers are, and what the energy savings will be when an air barrier is used in the building envelope.

For years, the U.S. Department of Energy advised consumers that 30 to 40 percent of the energy used in a building was due to air leaking in and out of a building. People generally accepted that air leakage did result in heat loss and that the gaps and cracks needed to be sealed to provide comfort for the occupants. 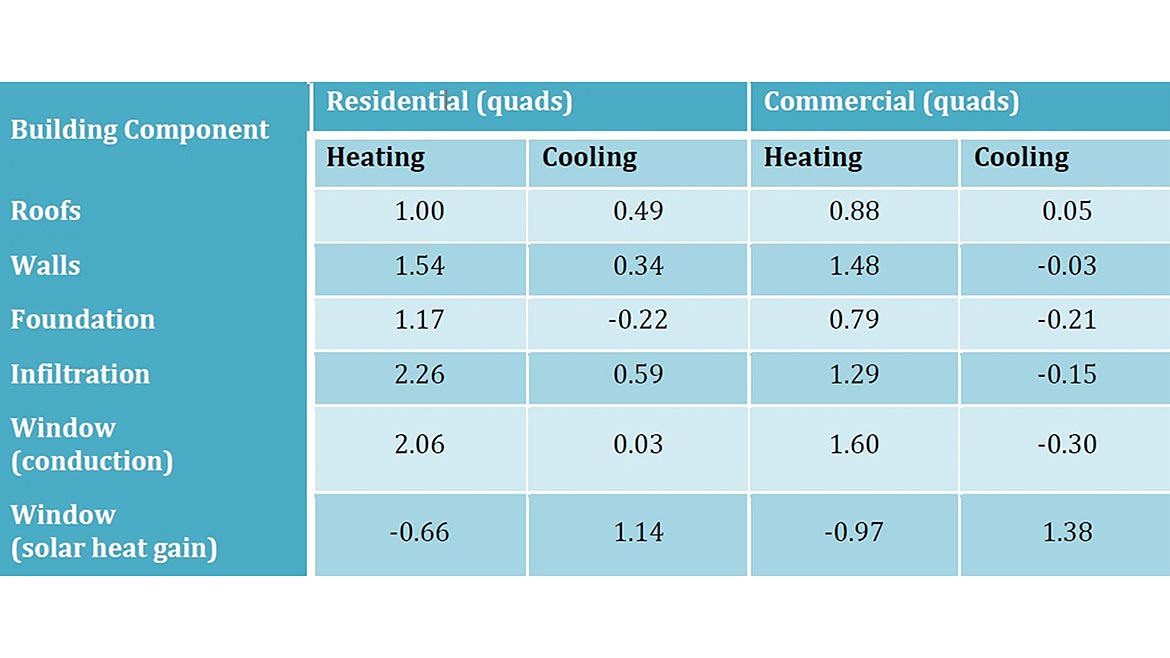 
Air Barriers Impact on Energy Use

In 2001, the Commonwealth of Massachusetts included requirements for air barriers in buildings.1 Other states such as California, District of Columbia, Georgia, Illinois, Maryland, Minnesota, New York, Oregon, Rhode Island and Washington State2 followed suit and proposals were made to the International Code Council to include air barrier requirements in the International Energy Conservation Code. During the code discussions, the impact on the energy use of using an air barrier in a building was at the center.

To determine the impact on energy use, the National Institute for Science and Technology undertook an investigation of the impact of commercial building envelope airtightness on HVAC energy use. Their investigation showed that air leakage accounted for up to 40 percent in heating climates and up to 15 percent in cooling climates.3 During these code hearings, Christopher Mathis stated that including requirements for air barriers is the single most significant opportunity available to reduce energy use. He also stated that most of the proposals will results in less than 1 percent of total energy savings whereas including air barriers will provide double digits of energy reduction. 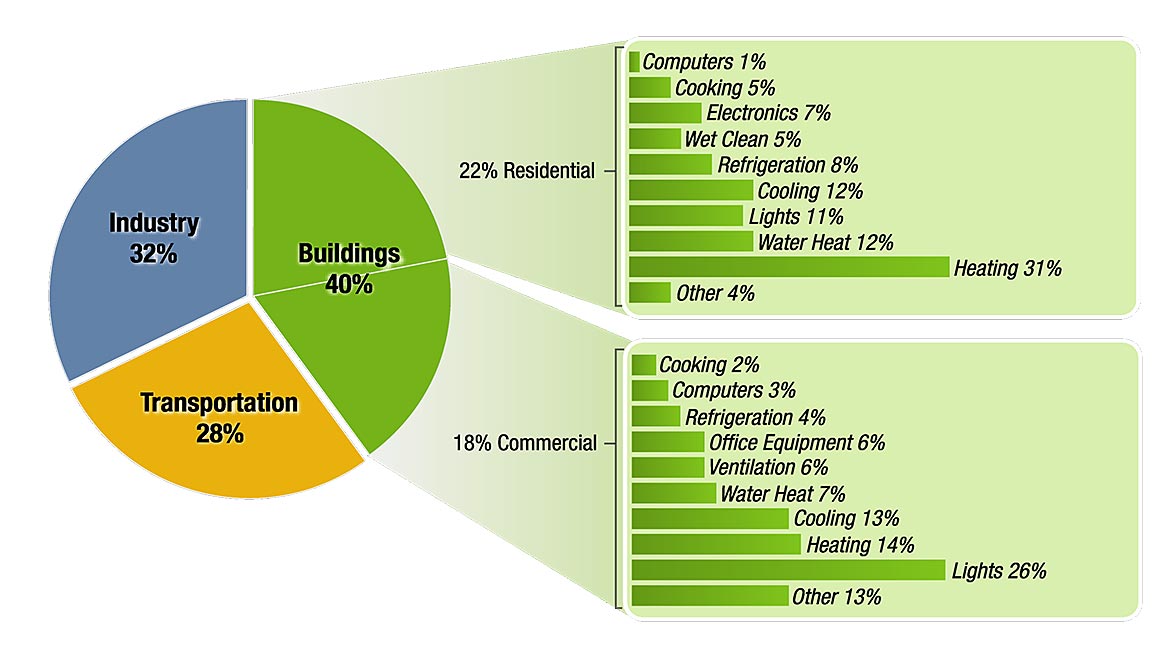 
If we are looking at energy savings of anywhere from 5 percent to 40 percent, why isn’t everyone scrambling to include it in their projects? The answer is that many people are doing just that. However, for most people, air barriers are very confusing. 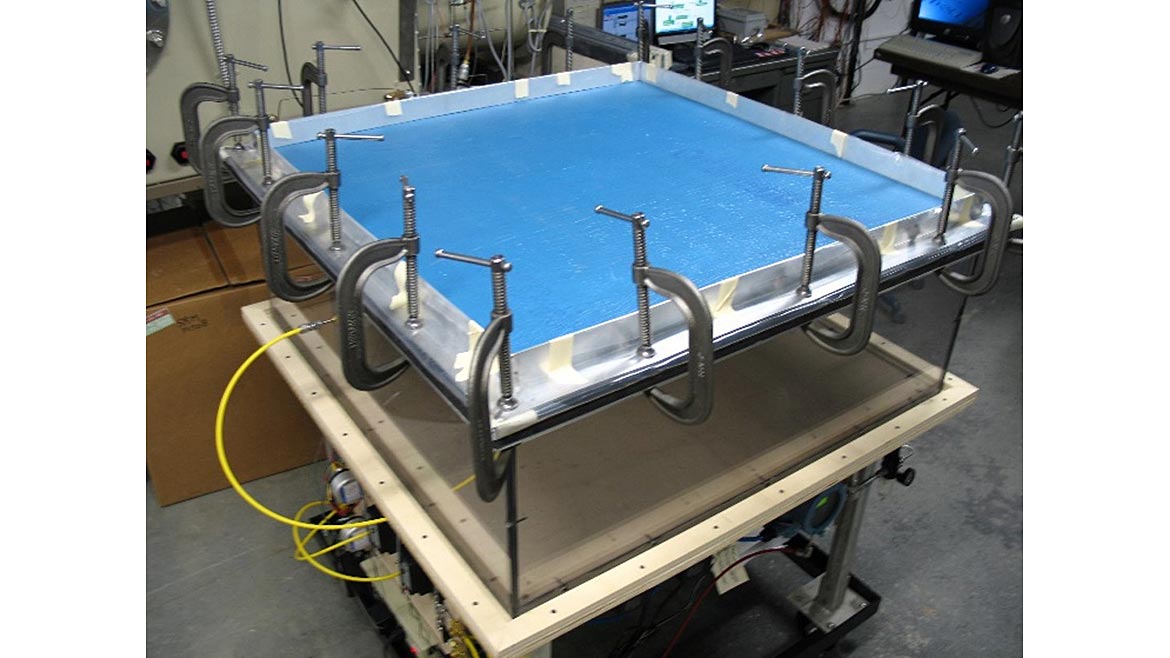 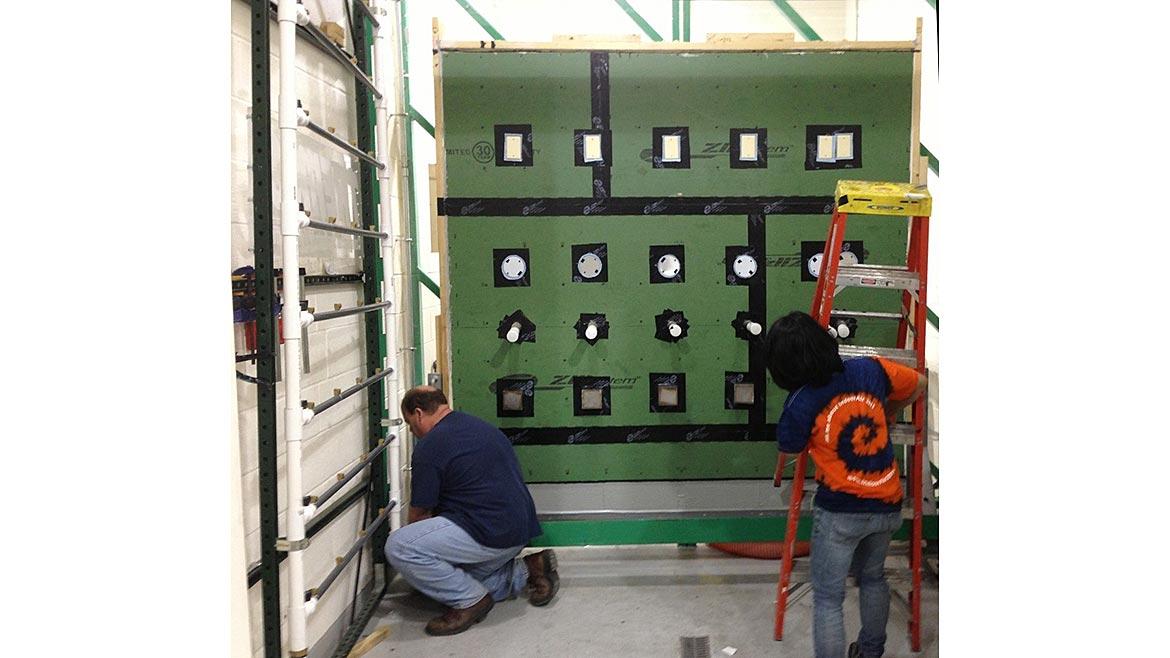 
In this test method the proponent develops an 8-foot-by-8-foot building assembly. If the specimen happens to be a wall assembly, this wall specimen needs to have a mock window, a round penetration, a square penetration, octagon electrical box, square electrical box and brick ties.

During the test procedure, the rate of air leakage is determined and then the specimen is subjected to loads. These loads include a stepped positive pressure, a stepped negative pressure, positive cycles, negative cycles, a positive wind gust and then a negative wind gust. These wind gusts are 1,200 Pa positive and then 1,200 Pa negative. In testing that I have seen, the middle of an eight foot wall has moved between 1/2 to 5/8 of an inch, positive and then negative. When this conditioning is complete, the wall is tested again to determine the air leakage rate. If the rate is within 10 percent of the air leakage rate that was tested first, then the first number is used. If the air leakage rate is greater than 10 percent then the higher number is used.

The difference between testing an air barrier material and an air barrier assembly is significant. We do want to separate materials that have a high air leakage rate from the materials that have a low air leakage rate. You do need to understand that materials such as dense packed cellulose, thin plywood/OSB and thin expanded polystyrene, etc. are not classified as air barrier materials. The most important information gained by conducting this test is that the installer now has a list of materials that will work together to create a plane of airtightness. If you are using such air barrier accessory products such as tape, you can have a level of confidence that that specific product will work in the field if it has withstood the loads imposed upon it during the test. Some manufacturers are reluctant to identify air barrier accessories that they do not manufacturer and therefore do not control. However, the installer needs to know what works and what does not. The installer cannot practically do this type of testing in the field to determine this.

What really counts in the air leakage rate of the whole building? We call this the air barrier system. It is all six sides of the building. During construction, the building assemblies (which contain the air barrier) are connected using air barrier accessories. This includes roof to walls, walls to floors, walls to foundations, floors to foundations, etc. The air barrier assemblies are also connected to the air barrier components (doors, windows, skylights, etc.). When completed you have a complete building envelope which has a continuous plane of airtightness. This means the building will not use the energy that a non-airtight building would. To conduct a test on a whole building, currently people are using ASTM E 779 Standard Test Method for Determining Air Leakage Rate by Fan Pressurization or ISO 9972 Thermal performance of buildings – Determination of air permeability of buildings—fan pressurization method.

The Air Barrier Association of America worked to develop an updated test method which addresses testing large whole buildings and not just homes and small buildings. This standard was published in 2018 as ASTM E3158 Standard Test Method for Measuring the Air Leakage Rate of a Large or Multizone Buildings.

ABAA has developed a training course that covers all the requirements in ASTM E3158 in addition to the older test standards. To complement the training, but separate, ABAA has launched a personnel certification for Blower Door Technicians as a means to separate out and identify persons who have the knowledge, skills and abilities to accurately conduct the test and produce results that are accurate.

The Commonwealth of Massachusetts identified that if the temperature or humidity requirements are different by 50 percent or more, then an air barrier between the environments is required. Other buildings may want to block smells and pollutants from transferring from one unit to another. Cigarette smoke from one apartment needs to be confined to that apartment and not transfer to other apartments. In one case, the air from a beauty salon containing VOC's was leaking into a pet store next door and disturbing the animals.

­Tightening up buildings can have a significant impact on energy use. Some buildings are seeing the up to 40 percent energy reduction along with peak reduction. An airtight building will also be much quieter as most of the sound we hear is transported by air. The HVAC equipment will work much better and provided the ducts are also sealed, will deliver the proper amount of air to the proper location. Many times, an airtight building can result in significant reduction in equipment size and reduced capital costs. The comfort of an airtight building is greatly increased as the occupants are not affected by drafts.

The impact of an air barrier system properly installed in a building improves the thermal performance not simply by stopping air leakage, but also improving the performance of the thermal insulation and the HVAC system.

The most important benefit that an air barrier system provides is to manage moisture which reduces or eliminates mold, mildew, rot and corrosion, which is a significant expenditure to the insurance company and building owners.

Today, all buildings need an air barrier system. All components need to be installed properly. Conducting a whole building test is the only way that you, as the customer or installer, are getting what is required and what you are paying for. 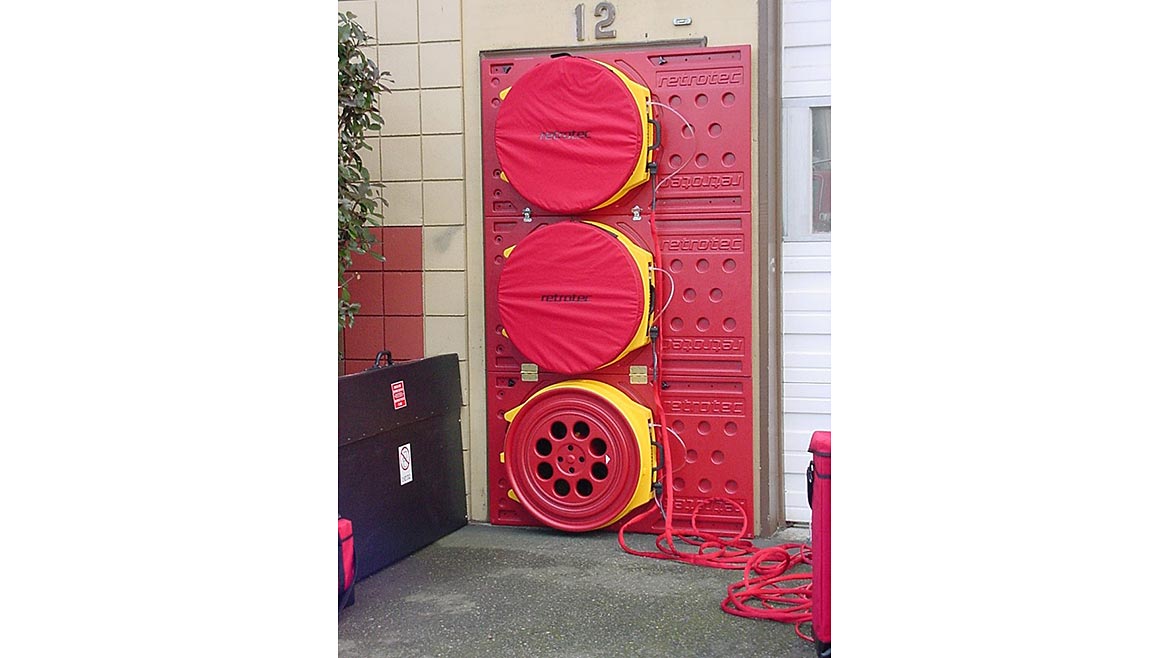 Laverne Dalgleish, the executive director of the Air Barrier Association of America, focuses on the construction of high-performance buildings and is involved in standards and specifications development, research into air and water resistive barriers, site quality assurance and warranty programs. As part of this work, he has traveled North America to develop presentations and conduct industry meetings. As part of his involvement in standards, he chairs several standards development committees. Another part of his work has been to organize sectors of the construction industry into trade associations, which focus on specific issues.