AN OUTLINE OF THE FIVE MINERAL BINDERS USED IN PLASTERS/MORTARS.

Since the first humans began to settle down as an agricultural society at the very dawn of civilization, continuing for thousands of years until the middle of the 19th century, only five mineral binders were used to create plasters and mortars: clay, gypsum, lime, naturally hydraulic lime, natural and Roman cements. In previous articles, we’ve singled out each binder separately considering their historical use, chemistry and manufacturing. However, in this article, I’ll attempt to provide a practical overview, showing how they’re still used today. 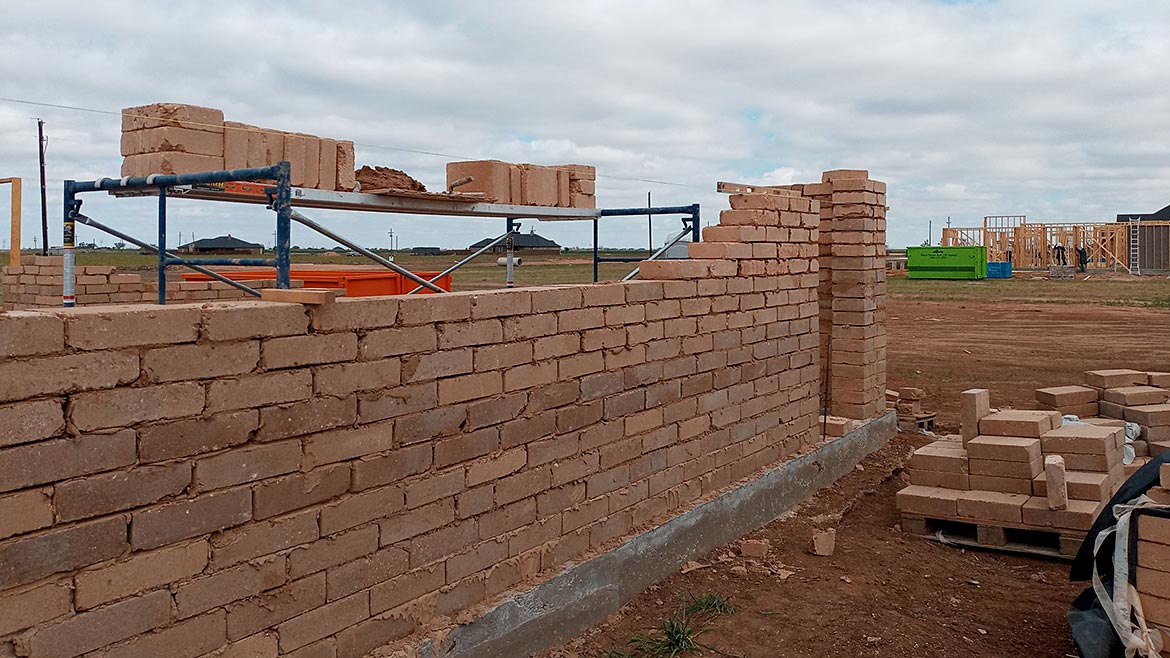 Earthen plasters have been the most common building material around the world and throughout history. “Wattle & daub” refers to earthen plaster applied over interwoven reed laths, a typical infill for traditional timber framing. Adobe bricks are sun baked clay-based plaster molded masonry units that in turn receive an earthen plaster finish. Cob is similar to adobe; however, damp lumps are unmolded and hand applied as walls and floors. Rammed earth, as the name implies, compresses earthen plaster between forms. New variations of earthen construction techniques have been taken up by the natural building movement including light-clay-straw, super-adobes, and earthships. Clay plaster’s greatest vulnerability in exterior is erosion which can be mitigated with a building design that includes extended eaves or other means of preventing water from streaming on the façade.

In arid climates having a diurnal cycle of warm sunny days and cool nights, the thickness of earthen construction can be managed to take advantage of its thermal mass. Earthen buildings can slowly absorb the radiant heat of the day, releasing it in the interior of the building during the night. In more humid climates the thickness of the walls can be increased even further creating a highly insulative wall assembly. Earthen wall assemblies combined with smart building placement, natural shading, and ventilation can create comfortable living conditions that negate or diminish reliance on mechanical systems, a traditional construction solution that is both economic and ecological. 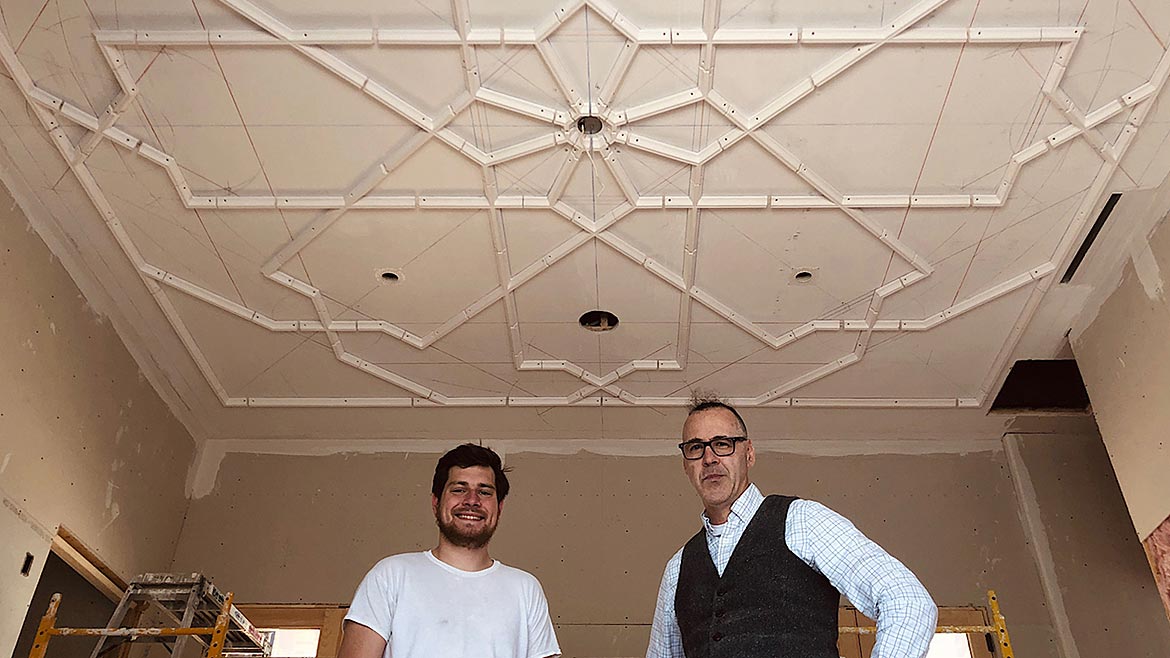 Historically, gypsum plasters have been used more commonly as an interior plaster, although there are some traditions of exterior use as well. Although all traditional plasters are incombustible, gypsum is practically miraculous as a fireproofing coating as its hydrous chemistry gives it an inherent capacity to actively suppress fire.

The self-binding nature of the gypsum plaster offers a great range of technical and aesthetic freedom. Gypsum plasters are very manageable to work as a wall plaster and can be applied up to an inch or more in a single coat; their rapid set permitting work in almost any season so long as there is a brief window of good weather. They also can be formulated as hard, durable, easy to work veneer plasters as well. Furthermore, plaster moldings can be run in situ, ornamentation can be cast and affixed and a practically unlimited variety of aggregates can be added for simply decorative effect. 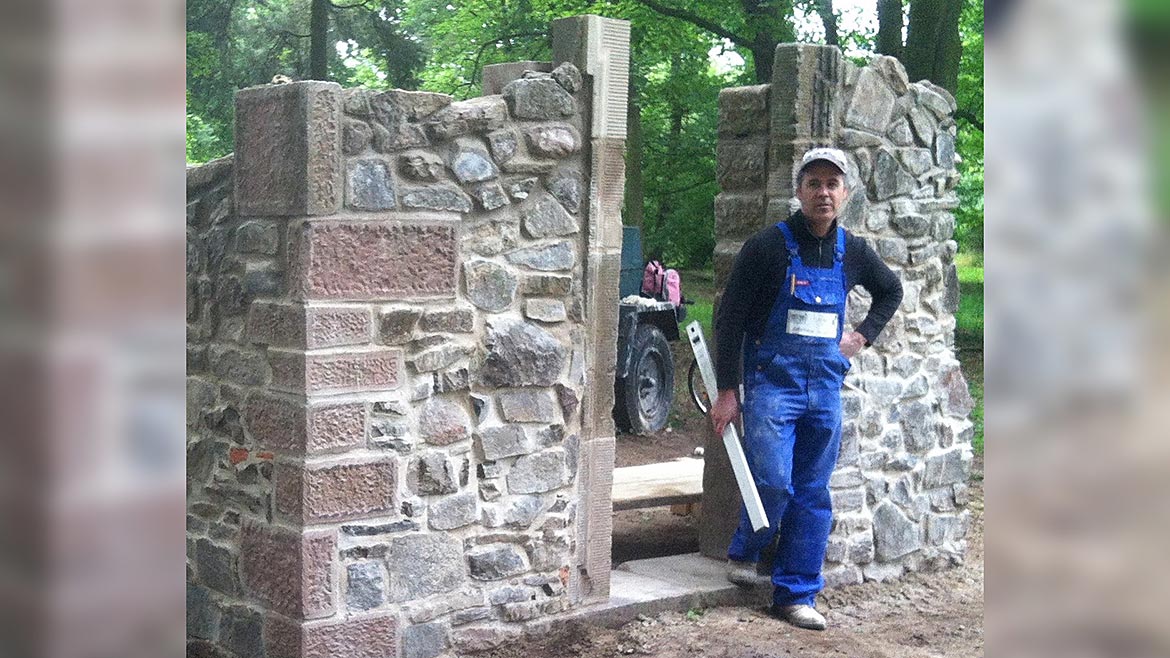 Lime has been used for just about everything: interior plaster, exterior stucco, mortar for bricks and stone, moldings and ornament. The list of positive qualities of lime is extensive. Lime plasters are incombustible, breathable and maintain a low pH or alkalinity that actively suppresses mold growth and promotes healthy indoor air quality.

Lime is not only very white but also very bright, that is to say it has a high index of refraction of visible light so that the addition of mineral tints can achieve an extensive range of saturated colors. Not only do lime plasters maintain a good surface hardness and erosion resistance making them ideal as an exterior stucco, they have a high tensile strength conferring the quality of flexibility. This means they can literally bend over time with less propensity of breaking or spalling. In conjunction with this flexibility, lime has the property of autogenous healing. Because there is always a percentage of “free” or uncarbonated hydroxide in the plaster or mortar, should a crack occur, lime literally has the ability to crystalize or knit itself back together.

In addition to reabsorbing CO from the air like pure limes, natural hydraulic limes have a slow hydraulic set once mixed with water. The moderate compressive strength and correspondingly high flexural strength of NHL’s have long been recognized as fantastic properties for mortar and exterior stucco. The flexibility of natural hydraulic lime as a binder in mortar and stucco mixes reduce cracking, allowing wall assemblies often to bend rather than break when subject to typical settling, flexural and shear stresses over time.

Likewise, the increased porosity of NHL stuccoes allows water permeating the coating to readily escape again through the surface. This same porosity is also of great benefit to masonry work, permitting soluble salts to slowly deteriorate the sacrificial mortar (which can be re-pointed), protecting the more valuable brick or stone supports. NHL’s thus preserve many of the benefits of pure lime mortars and stuccoes while allowing masonry and stucco work to be conducted at a faster rate, and under a greater range of weather conditions, with improved long-term resistance to erosion of exposed exterior surfaces. 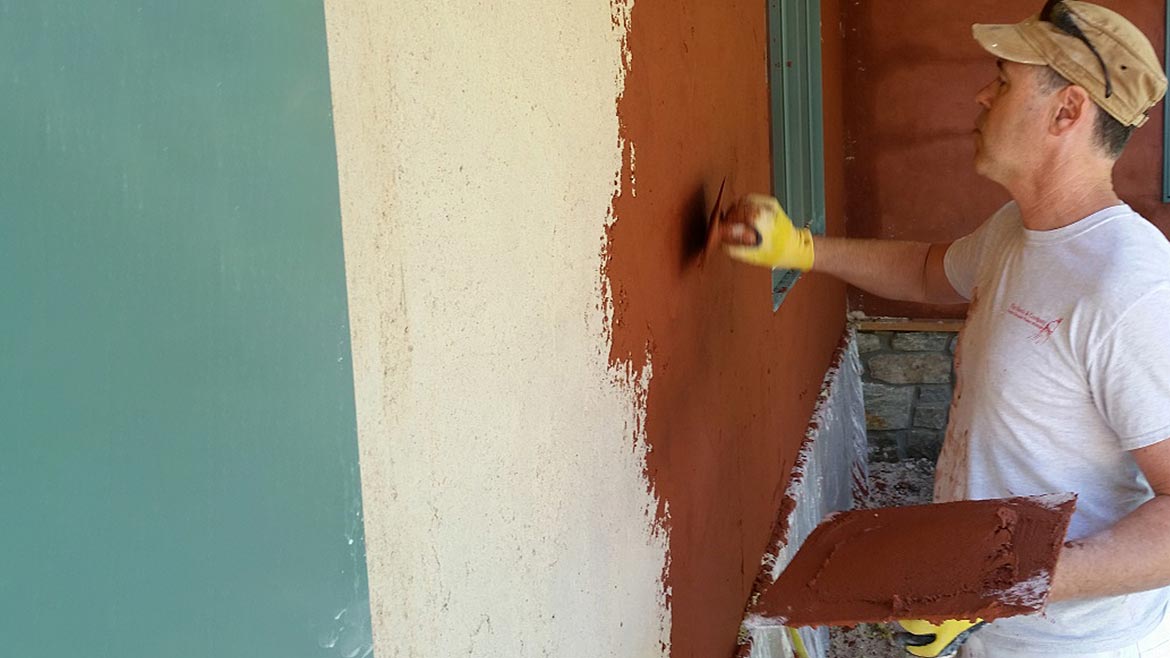 Natural cements have an early compressive strength from the initial calcium aluminate set and maintain a low moisture permeability. Similar qualities can be produced by introducing pozzolans to pure or natural hydraulic limes to make a Roman cement. This makes them an ideal binder for mortars used for siliceous sandstones, granite and other hard, impermeable stones. Owing to their remarkable compressive strength and hydraulic set, natural and Roman cements have been used for footings for buildings, monuments, bridges, and dams, often even being cast completely underwater.

Similar to gypsum in the interior, natural cements in particular are used for exterior moldings and ornament as well as statuary. Because of its widespread use from the 19th through the beginning of the 20th century, obviously there are many applications in historic restoration work. Nevertheless, both natural and Roman cements are finding widespread use as the principal binder for the relatively recent innovation of Hempcrete construction.

We’ve now considered the traditional plaster binders in isolation but many of these can be blended in certain proportions to create plasters and mortars with useful properties. One does have to exercise caution, as gypsum is chemically incompatible and should never be mixed with natural hydraulic lime, or natural or Roman cements. However, the rest are fine although not every blend is interesting. Yet, some blends have proven to be extremely useful in extending the aesthetic and performance possibilities beyond any binder used in isolation.

Gypsum added to lime can make it really useful for running moldings or hand-applied ornament in-situ. Conversely, some lime added to gypsum plaster can help with its flow and finish and convey an alkalinity that acts as a natural fungicide. A small percentage of natural hydraulic lime can help stabilize an earthen plaster, and natural cement added to natural hydraulic lime will accelerate the set and convey some early compressive strength.

Sometimes it’s easy to get lost in the multitude of proprietary, industrially produced plasters and mortars available on the market today. Nevertheless, we still have available tried and true solutions from the five mineral plaster and mortar binders that have stood the test of millennia. Don’t sleep on dirt.

Hemp as a Raw Building Material

An Introduction to Traditional Plaster Blends