Florida Stucco Contractor Does It Different

Don’t expect Joe Brooks to get excited when talking about “just another high-rise.” The company he founded in 1995, Advanced Stucco, has completed the exteriors on so many high-rises, mid-rises and commercial projects, he can’t name them all. However, mention the Hard Rock Guitar Hotel or Formula One racetrack in Miami Gardens and Brooks’ face lights up.

“I like the obscure,” Brooks says. “I like the funky. When a general contractor comes to us with a project like F1 at the Hard Rock Stadium or a hotel shaped like a guitar, I’m all in.”

Brooks may lead a construction company, but he loves creativity and design. The Fort Lauderdale, Florida native started Advanced Stucco more than 25 years ago with two employees and a passion for creating beautiful buildings. When he was featured in this magazine six years ago, Brooks said his dream was to complete a Las Vegas hotel. The reality of what happened over the last several years is even better than he imagined.

“I didn’t even have to go to Vegas,” Brooks says. “Just a few years after that Walls & Ceilings magazine cover, Vegas came to us here in South Florida. We were part of the construction team on the new Hard Rock Guitar Hotel in Hollywood, Florida, which is more iconic than anything I could have done in Vegas. I drive by that hotel at night when it’s all lit up and I am so proud and amazed that we got to be part of it.” 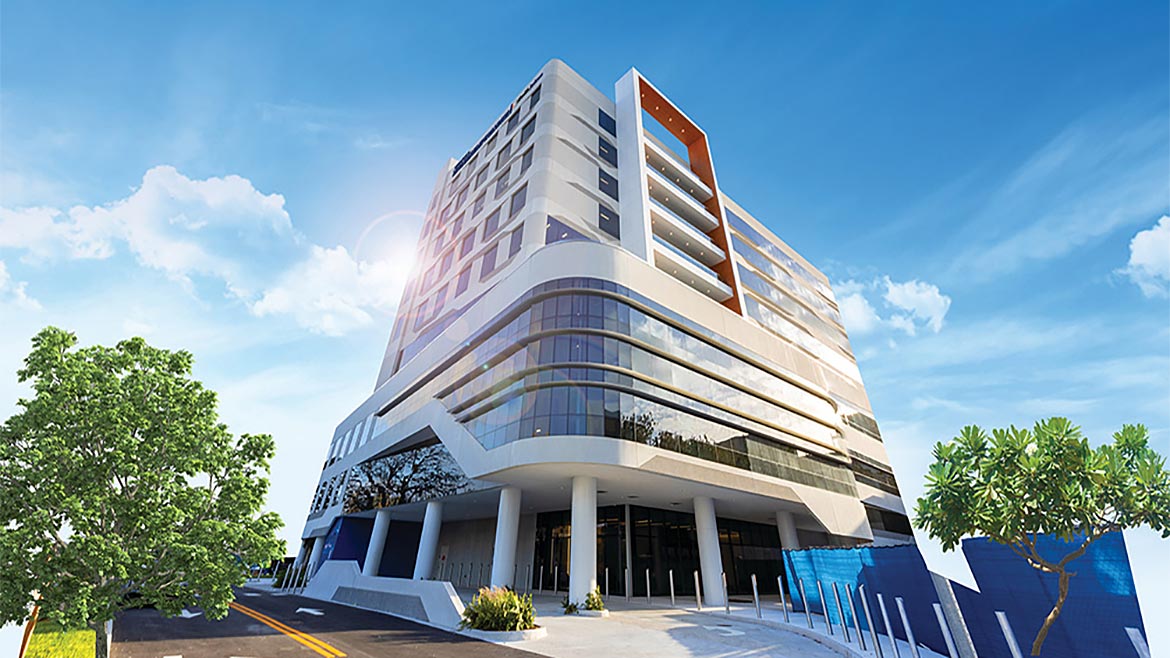 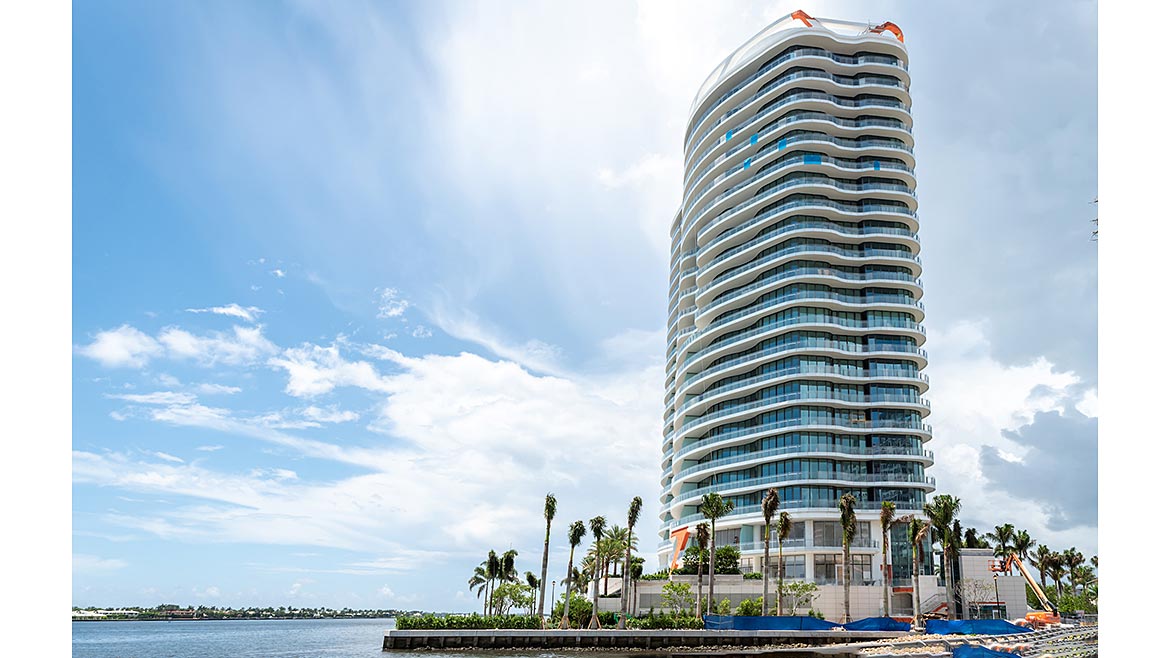 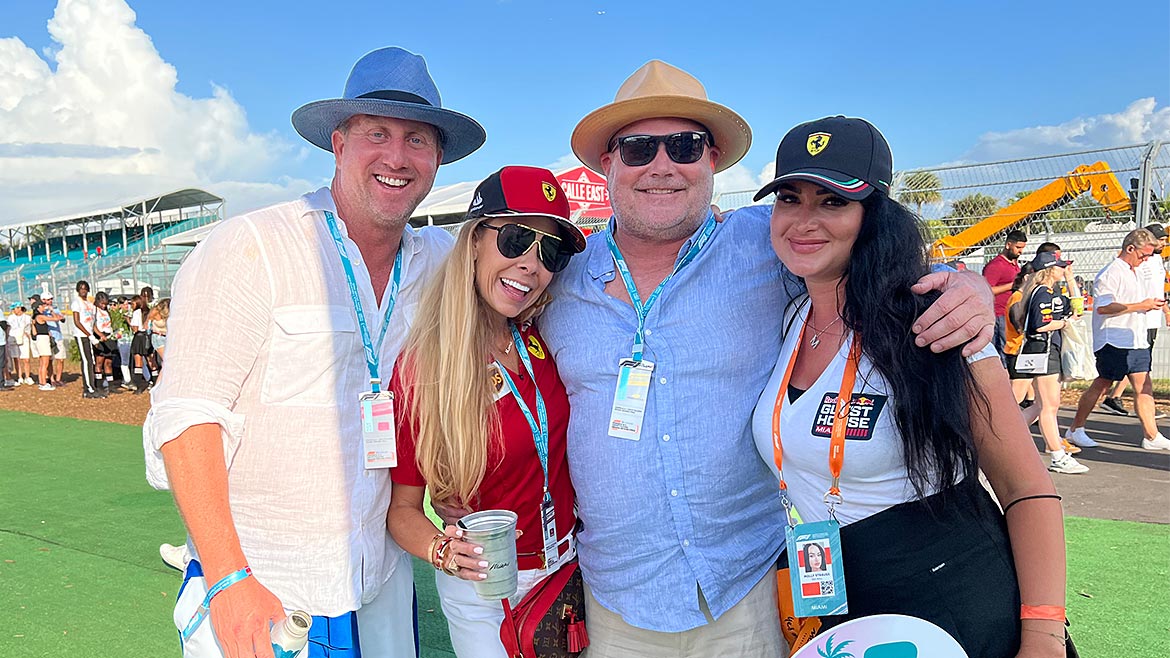 More of Brooks’ big dreams are coming to fruition as well. Advanced Stucco was part of the team that built the Formula One racetrack complex, which officially opened with the Miami Grand Prix in May.

“How special is it that the Formula One races are in Monaco, Dubai and now Miami,” Brooks says, marveling at the international exposure.

Advanced Stucco completed the exteriors on the paddock building and communications tower for the F1 facility in South Florida. The mayor of Miami says F1’s economic impact on the city is comparable to hosting a Super Bowl every year.

Advanced Stucco is no stranger to completing elite construction projects that make a major impact on the community. Brooks points to the Christine E. Lynn Rehabilitation Center for The Miami Project to Cure Paralysis at UHealth/Jackson Memorial. It is one of only a few facilities in the world using next-generation technology to help patients recover from traumatic brain injury, spinal cord injury, cancer treatment and other complex conditions.

“It was fantastic to be part of that project,” Brooks says. “They think someone who is paralyzed is going to walk out of that building one day. It was also a highly technical project. We used several new-to-market materials and different exterior wall cladding, all from Sto Systems. It was exciting to experiment with that.” 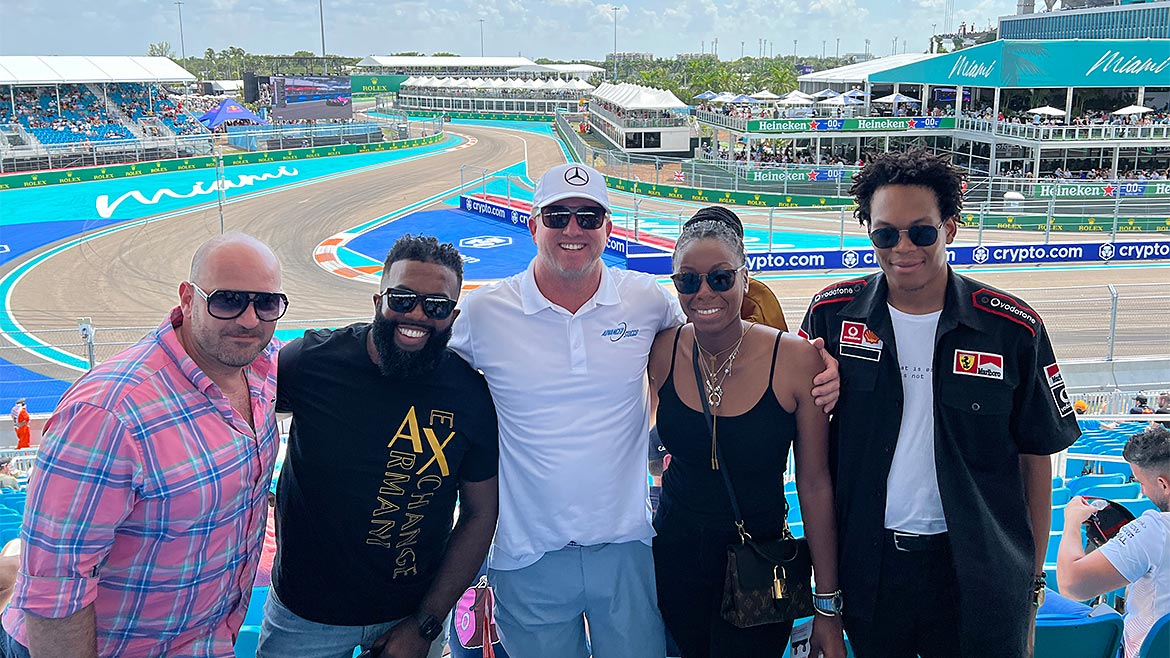 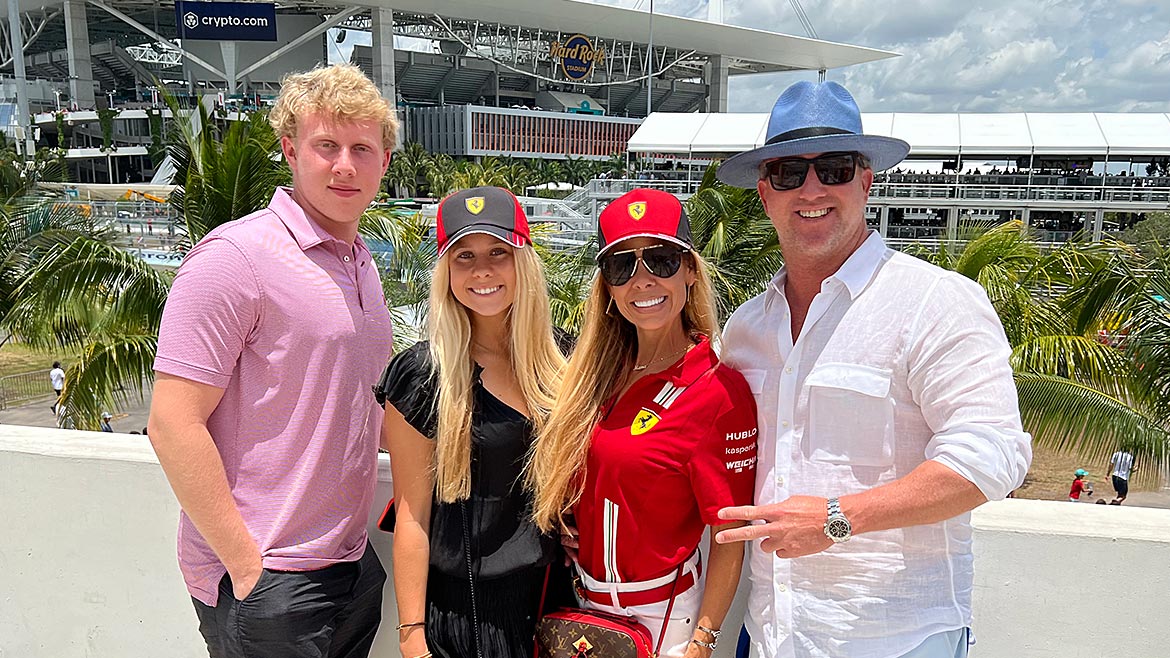 The integrated wall systems use state-of-the-art patented layers that work together to provide the highest level of protection against moisture. The subcontractor used Sto’s EIF system on the Hard Rock Guitar Hotel and Stolit Milano on the Bristol Palm Beach, a stunning and challenging high-rise project in South Florida. The Bristol Palm Beach is one of only three buildings in the United States to be built using this exterior finish. This new product creates an ultra-smooth finish on the exterior of the building, very similar to a Venetian plaster.

“It’s so smooth, you can see your reflection in it,” Brooks says.

Another out-of-the-box project the company is involved in is the University of Miami Student Housing complex, which is not only architecturally stunning, but also environmentally sustainable using all the latest U.S. Green Building Council technology. Each roof of UM’s new Lakeside Village student housing community is covered in real grass and wildflowers. There are 25 separate Henry-GRO system green roofs, which presented their own challenge in completing the exteriors allowing for the proper slope and drainage.

Brooks credits his team of loyal employees for making it possible to complete all of these unique projects. Brooks views and treats his employees like family and they have given their careers over to him and Advanced Stucco. In fact, when Brooks renovated a warehouse in Fort Lauderdale for his new headquarters, his sole focus was to create a space where his employees want to be.

“So many employees have shown their loyalty and have been with Advanced Stucco for many years,” Brooks says. “I am grateful that people have entrusted me with their careers. It’s only natural that I would want them to have a workplace where they are completely comfortable.”

South Florida has always been home to the company and Brooks, but the company is now spreading its wings to other parts of the state and country. It has an office in Clearwater, Fla., and Nashville, Tenn. The company is working on four high-rise projects on the west coast of Florida, an apartment complex in Nashville and has plenty of work on the east coast of Florida. The contractor is also the exterior contractor on projects in St. Thomas, St. John and St. Croix in the U.S. Virgin Islands and in Atlanta.

When asked what Brooks has up his sleeve next, the industry veteran hints that it may be time for him to give the reins to someone new.

“We brought in Guy Reese this year as our vice president of operations,” Brooks says. “He is such an amazing leader to our team and I believe he is the one who can take Advanced Stucco to the next level.”

If there’s a next level, we’re excited to see it.

Suzanne Boyd is a TV news veteran who spent 25 years as a TV journalist before leaving the news business in 2018. Boyd is now the CEO of Suzanne Boyd Productions, a marketing and media agency with a focus on clients in construction and downtown development.