Professional Drywall Construction, Inc. (PDC), a leading commercial drywall company headquartered in Springfield, Massachusetts, is celebrating one of its co-owners, Vice President Nick Shaink, on his 21st year with the company. Shaink started with PDC at age 15 working weekends and school vacations and now is co-owner of the company.

“My first job with PDC was when we were helping to build the Target store at the Holyoke Mall,” said Shaink. “My role was to remove all the trash on the site and keep things clean. After my high school graduation, I started my apprenticeship, becoming a foreman by age 22, which is pretty young. I’ve worked pretty much every job in this company at one time or another over the past 21 years.” 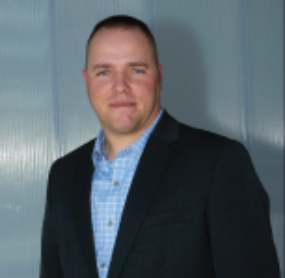 Shaink has overseen the creation of some amazing projects as a foreman, general superintendent and project manager during his tenure with PDC. Some of those include the University of Massachusetts, Amherst Football Performance Center, Champions Center and Isenberg School of Management Business Innovation Hub, as well as the Roger L. Putnam Vocational School, the DCU Center renovations in Worcester and countless other ventures.

“While working as a project manager in my early 30s, I realized I really wanted to own my own construction business someday,” continued Shaink. “I spoke for years with PDC Founder John Kendzierski about my long-term goals. When the time was right, my friend and now co-owner, Ron Perry, and I took over the company in 2018. I never could have guessed when I was hauling trash at 15 that this is where I would be a few decades later.”

“You don’t really see someone working in the same place since they were a teenager, but not many people are as loyal as Nick,” said Ron Perry, president and co-owner of PDC. “He really loves what he does and it shows in how driven he was to not only own a construction company, but also to take over the one he had been working at since he was 15. We are all proud to work with him and are excited to see what his next 21 years hold.”

Dedicated to giving back to the community, Shaink heads up a lot of the charitable efforts at PDC, including their annual golf tournament, which raises money for a different charity every year. He lives in Belchertown with his wife and three daughters.