NEW MEXICO’S PREMIER CONTRACTOR SHOWS IT HAS THE CHOPS TO SERVICE GREATER ALBUQUERQUE, BUT WITH A CHANGING OF THE GUARD FROM ONE GENERATION TO THE NEXT.

Lone Sun Builders Inc. is a licensed general contractor that specializes in—and self performs—metal stud framing, gypsum drywall, EIFS, stucco, interior plaster, batt insulation, acoustic ceilings, rough carpentry, FRP, and other interior finishes. Most, if not all, of its work is in the commercial sector.

This 35-year-old business is a proud member of Associated Builders and Contractors, New Mexico chapter (where its vice president also serves on the Board of Directors); Associated General Contractors New Mexico Chapter, and American Subcontractors Association of New Mexico.

Its Vice President Mason Karnas is a second-generation principal for the family owned and operated business. The young Mason grew up in the trades after his dad Chet Karnas started the business 35 years ago. Mason worked in the field as a young teenager helping and learning from the company’s framing and drywall crews. He received his degree in Operations Management from the University of New Mexico with a minor in Construction Management. His college education helped prepare him for two aspects: business operations and construction management. Upon graduation in 2010, Mason started his career as a construction manager and professional. His first project was a very large and complex nuclear project in rural southeastern New Mexico where he was an on-site project manager for the team. From this project, he learned a lot and never looked back.

“We have a niche in offering bid packages with multiple scopes included in our proposals,” says Mason. “This provides our clients the opportunity to write a single subcontract for multiple scopes of work which allows them to have a single source for project scheduling and coordination purposes. It cuts days out of the overall project schedule because we have direct oversight over all the various trades that we self-perform. It becomes a more efficient process.

“We also provide a lot of value to design build and CMAR projects where we can offer our professional expertise and opinion on project design on the front end of projects,” says Mason, who adds that the company currently has 60 employees. “We offer to work collaboratively with design teams, engineers, manufacturers, and GCs to provide the most efficient and best value processes. We see our suggestions and designs written into project documents and specifications quite frequently. It’s satisfying to know that our experience and expertise is useful to the design and construction of better buildings.” 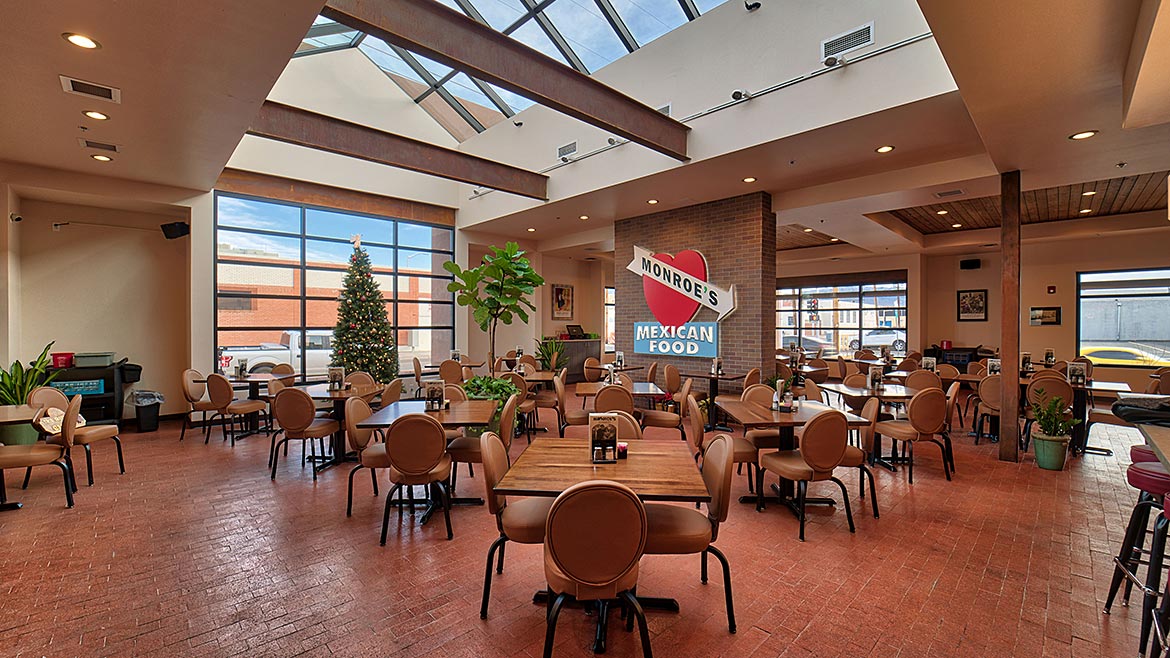 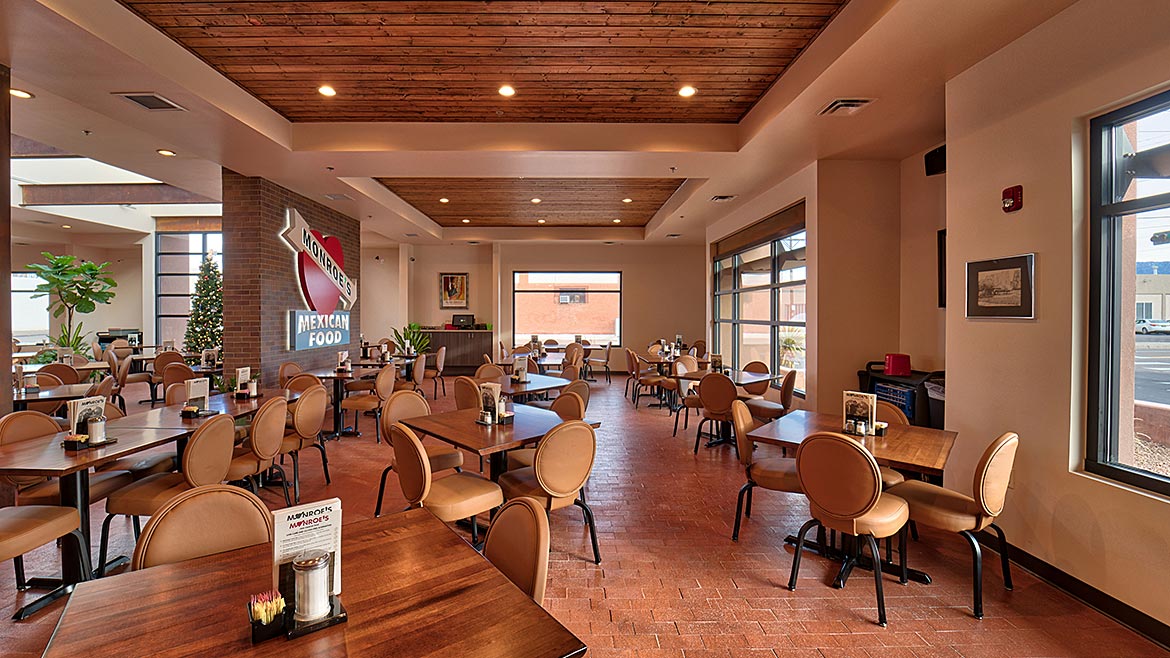 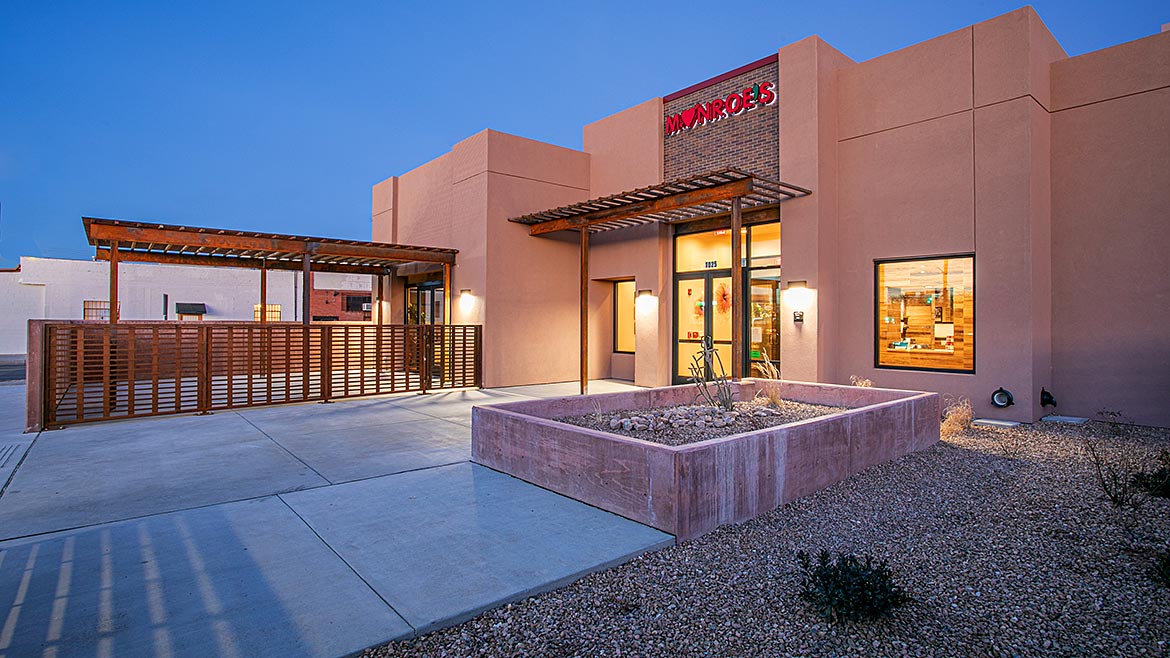 A New Set of Challenges and Successes

The company began in 1987, towards the end of the Cold War and Reagan’s presidency coming to an end. Economic realities were different then—not altogether for the better nor worse, just different. In the early years, Mason says the company’s average volume was $200,000. Today, it’s grown to a $10 million company.

“The last three to four years have been the best years in the history of our company,” reports Mason. “Currently, business is steady and our backlog is growing. Our fourth quarter of 2021 and first quarter of 2022 were slightly slower than years past due to economic conditions, supply chain factors and labor shortages.

In his words, the pandemic created many challenging obstacles for the industry and he says Lone Sun weren’t special in regards to facing some of those challenges. Skilled labor became very difficult to find prior to the pandemic and that was only exacerbated by COVID.

“We then experienced the worst material shortage and price inflation period ever,” says Mason. “Metal studs went from a one- to two-week lead time to 14 to 16 weeks and pricing increased by as much as 250 percent from just 16 months ago. Many other construction materials we purchase frequently had similar lead time and price implications including acrylic stucco finishes, glass-mat sheathing, insulation, acoustic ceiling grid, fasteners, and adhesives.

“At the end of 2020, we did a great job anticipating the looming supply chain issues and we purchased large amounts of steel inventory to help carry us through the hardest months of the crisis,” he continues. “We were also able to ease the blow on higher material costs on jobs we already had under contract.” 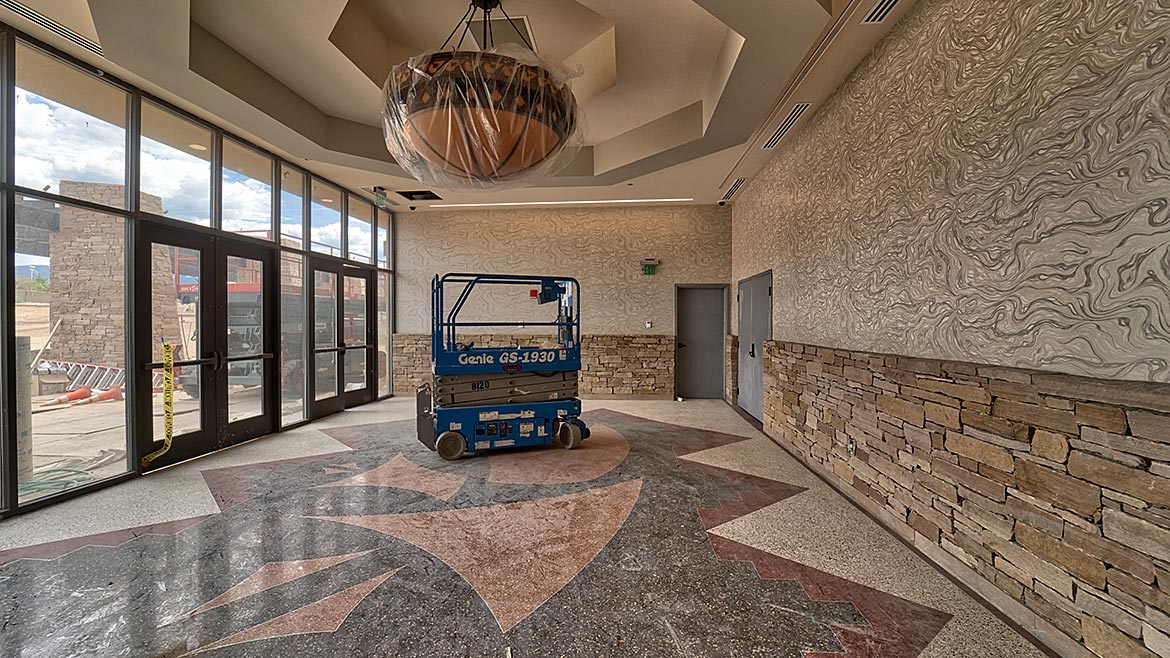 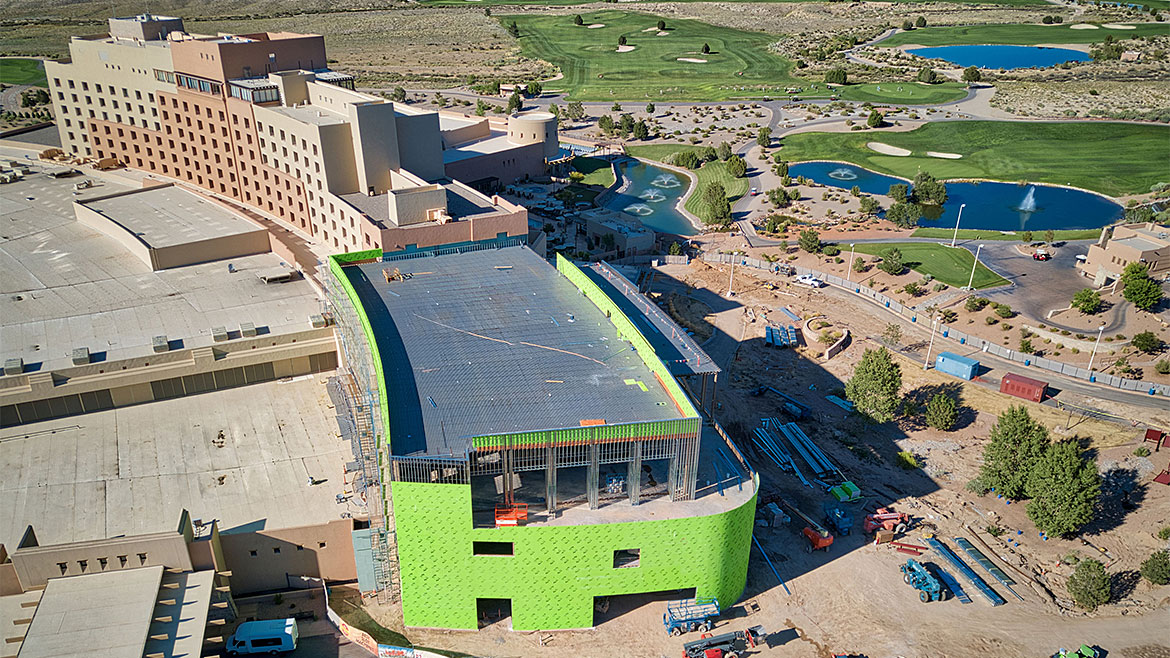 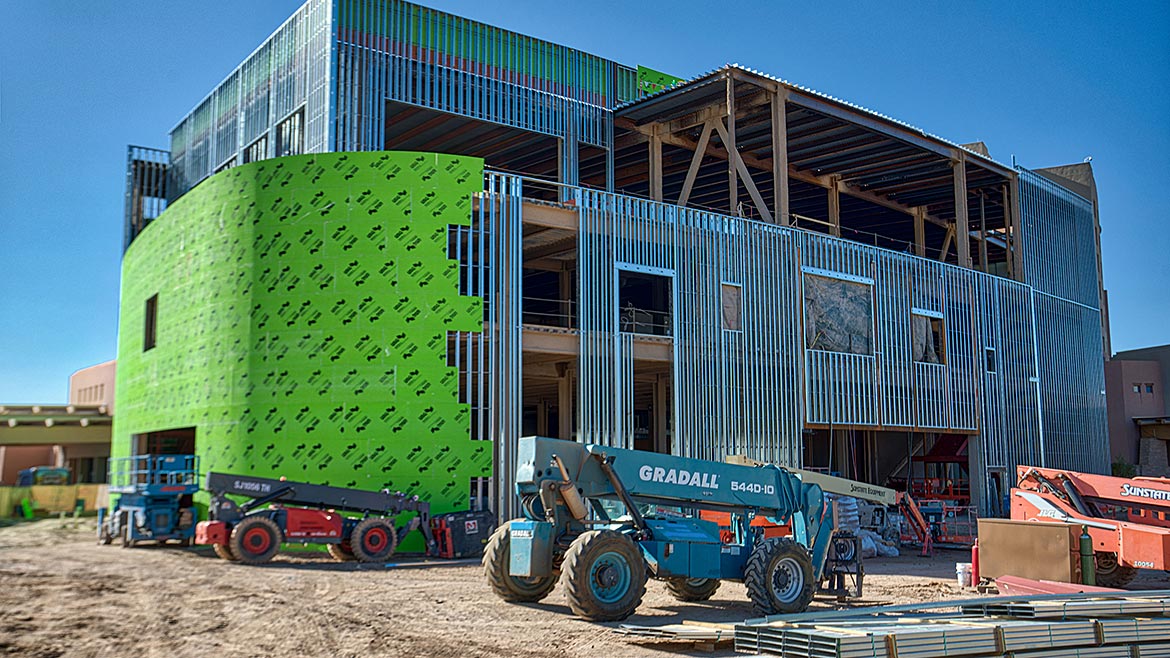 And how has the current construction climate been in your region and for you as a company?

According to Mason, the demand for construction and infrastructure development in its region hasn’t showed signs of slowing down even through the pandemic uncertainties and supply chain challenges. The Albuquerque and surrounding areas continue to attract high profile development projects and big name companies.

“We’ve traditionally been a state with large proportions of federal and state government work, so it’s been nice to see private companies investing in our market as well,” says Mason. “We don’t work on the residential side, but the residential climate in our area is booming. Home values are up as much as 50 percent from just a few years ago and inventory for homes is at record lows.”

Mason says the most interesting aspect of his job is taking the dream or vision of owners/design teams and playing a key participating role in turning that dream into a reality. Construction of buildings is an extremely collaborative and synchronized process, he says, where one must have many different skills and expertise coming together to make it a successful product. Construction is unique in that way from other industries.

“We must rely on many partners working together as a team for success,” he says. “Construction people are problem solvers and we find solutions. There’s a great deal of pride in the end product of the buildings we create.

More recently, a difficult part of the job has been navigating the supply chain issues with bidding and managing projects, Mason says. The company used to be able to predict to a certain extent when material increases would hit and by how much. That made it much easier to forecast material pricing when we were bidding work.

“Starting in February of 2021, that became very difficult to forecast.  Material was escalating monthly. We essentially had to anticipate project starts and schedules for jobs we hadn’t even been awarded yet to forecast what material pricing would be when it was actually bought out,” he says. “We did our best to try to build that pricing into bids while still trying to be competitive. It became an art and almost subjective. 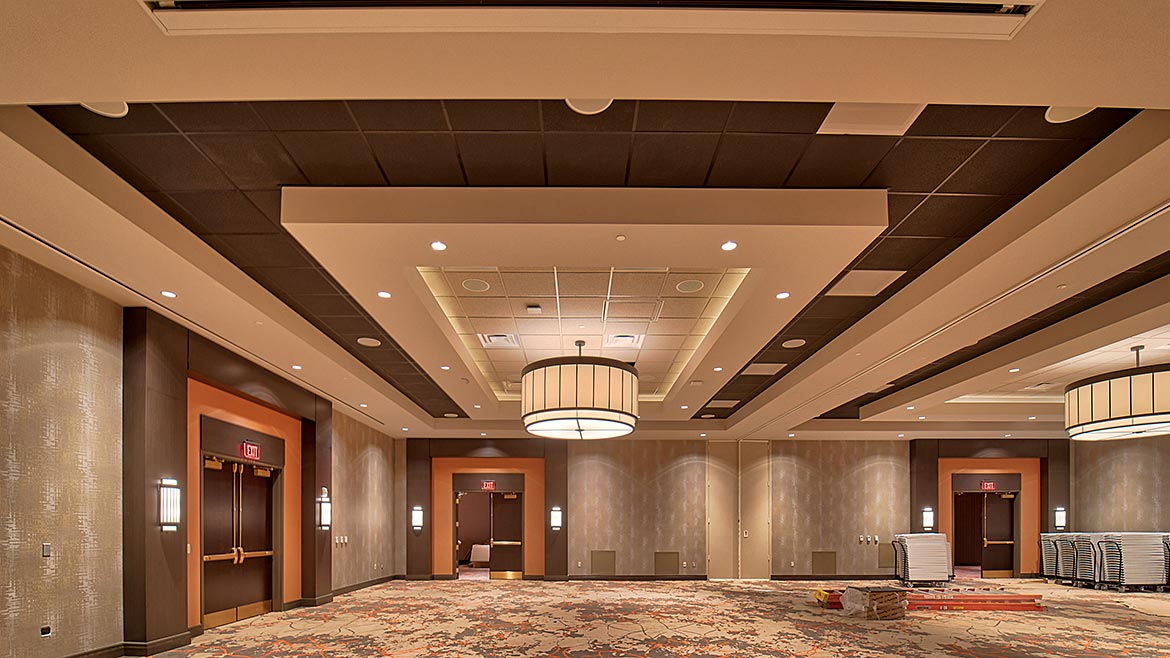 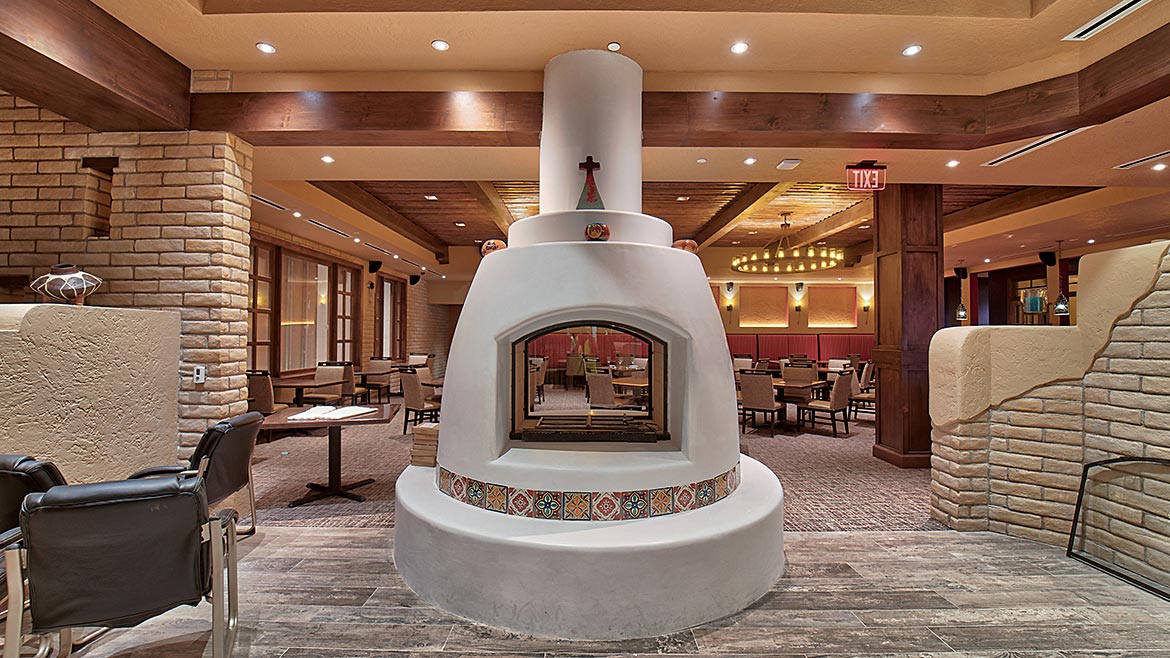 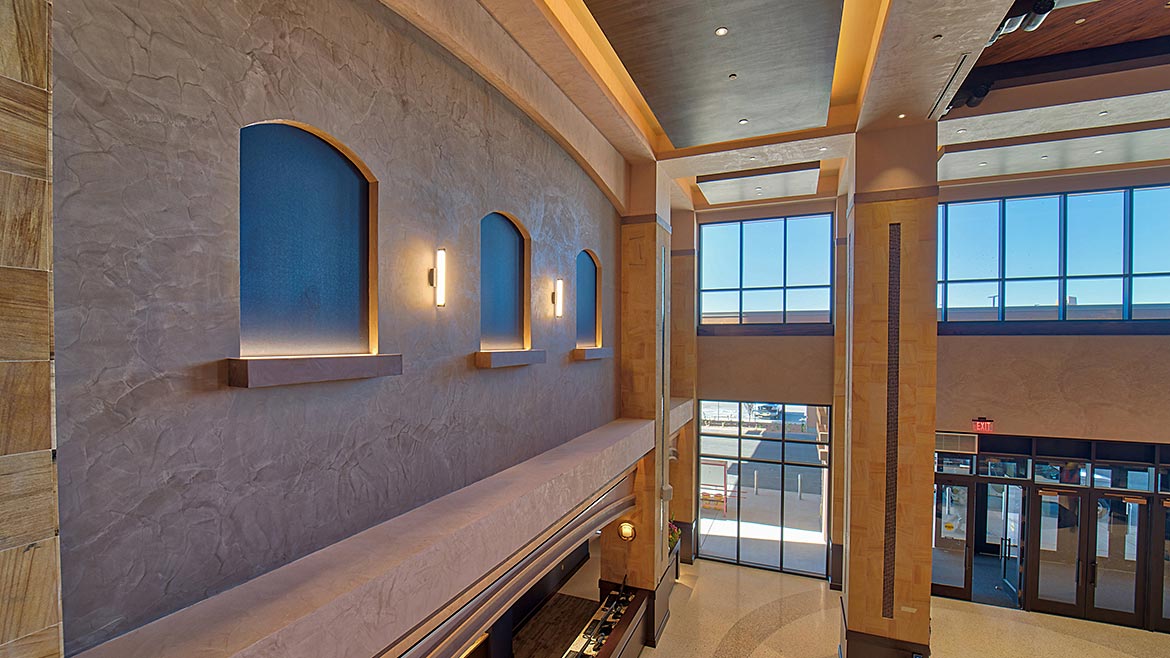 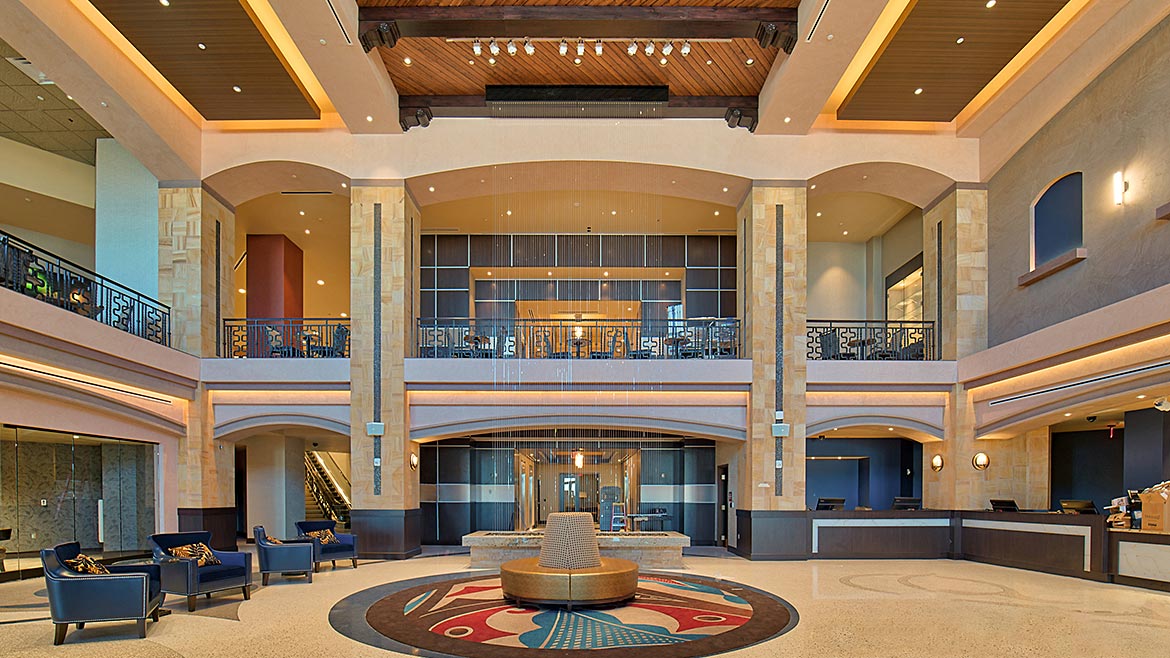 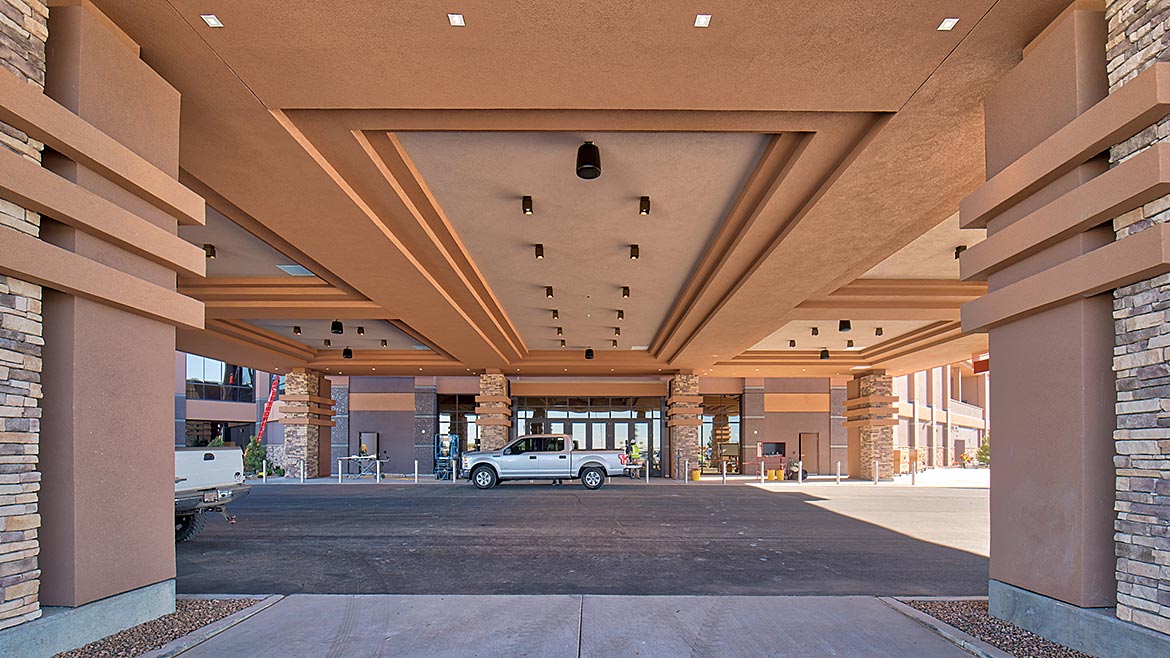 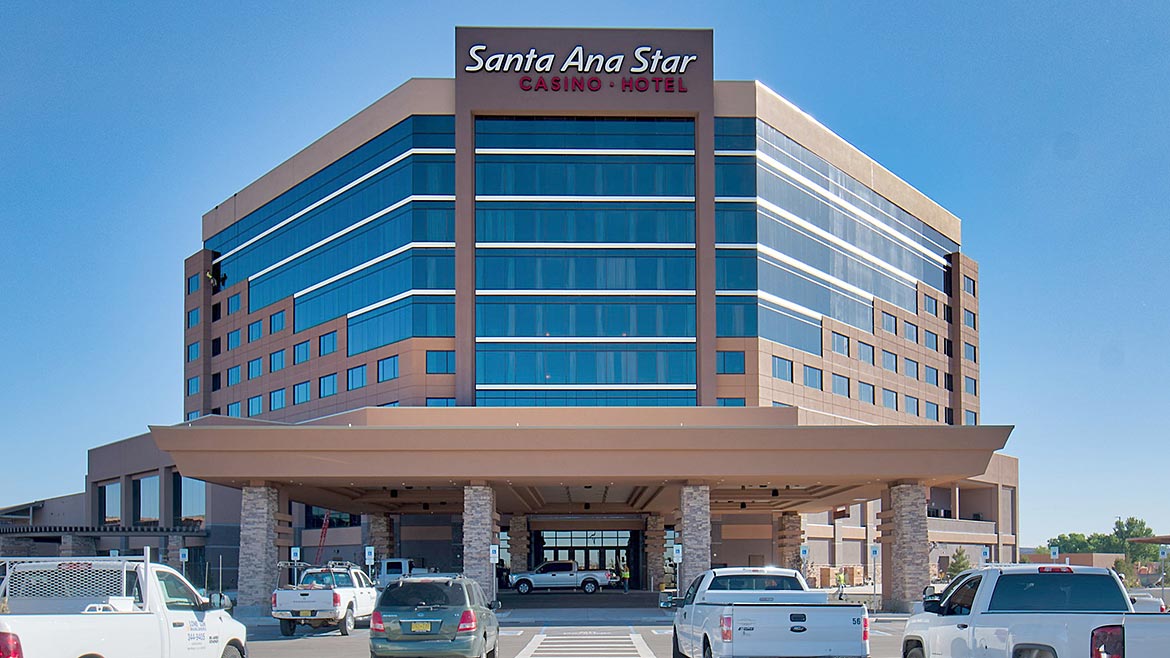 “On a personal side, since I became more involved with the overall operation of the company, it has been a challenge to split my time and efforts with important business aspects such as banking, insurance, bonding, politics and policy, while still doing what I do best and what I enjoy the most which is acquisition of work, proposal writing, serving our customers, and being on the project sites,” Mason says.” It’s difficult because I’ve been taught by my dad to always give your best effort in whatever you do and the more responsibility you carry, the harder it gets.

Mason says the company’s backlog for this quarter and beyond looks good with several large projects including a new medical office building, a car dealership, several retail centers, and steady stream of small general contracting/construction manager projects.  We also have several large scale projects we hope to be awarded in the near future.

“However, I’m fully enjoying the ride I’m on,” Mason says. “Business owners wear many hats, and we have to wear them all well.”

Mason has several long-term goals. First, he wants to maintain the tradition and reputation as one of the best and most trusted drywall contractors in the state. His dad has laid a terrific foundation and groundwork—he adds—and established that reputation flawlessly. He wants to carry it forward for many more years to come.

“I want to train and bring up the next generation of leaders within our company,” he says. “We have many long-term employees and a lot of them have more than 25 years with the company. It’s imperative to our success that we do our best to fill some of those holes that will be left. Another long-term goal, is to try and balance the highs and lows in the volume of work. Construction is cyclical in nature but I think there are strategies to implement to help balance the work in progress.

“Lastly, another goal is to advocate for the progression of a best-value approach to project team selection,” Mason says. “Sometimes, our industry will focus on low bid more so than best value. Low bid isn’t always best value.”

All in the Family