City leaders in Kirkwood, Missouri, an inner-ring St. Louis suburb of almost 28,000 residents, had goals of punching above their weight class when they began making plans for a new performing arts center to anchor what they envisioned as a new arts and entertainment district for their community. This vision became a reality when the Kirkwood Performing Arts Center finally opened its doors in July 2021, its debut delayed almost a year by social distancing concerns related to the COVID-19 pandemic. 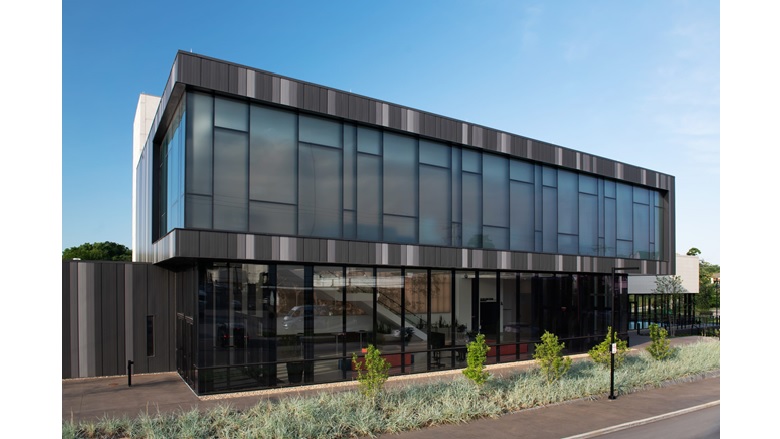 However, with construction having been completed in August 2020, the facility’s striking exterior already had begun making its mark as an iconic downtown presence. Though the structure primarily is constructed of precast concrete, its entry façade is a mix of transparent glass curtainwall and a vertical metal wall panel system in an undulating pattern meant to evoke the shadow-and-light effect of sunlight on natural materials.

Though owned by the city of Kirkwood, the new center’s construction was partly financed through support of several local and regional theatrical organizations. Inside, it incorporates a 525-seat main stage theater with outside backstage access to support traveling productions and a 3,000-square-foot black box theater to support various seating and staging options that also can double as an art gallery. Dressing rooms, reception space and an expansive lobby also are featured. For the exterior, both designers and their clients wanted to ensure a sense of welcome extended to the surrounding streetscape. 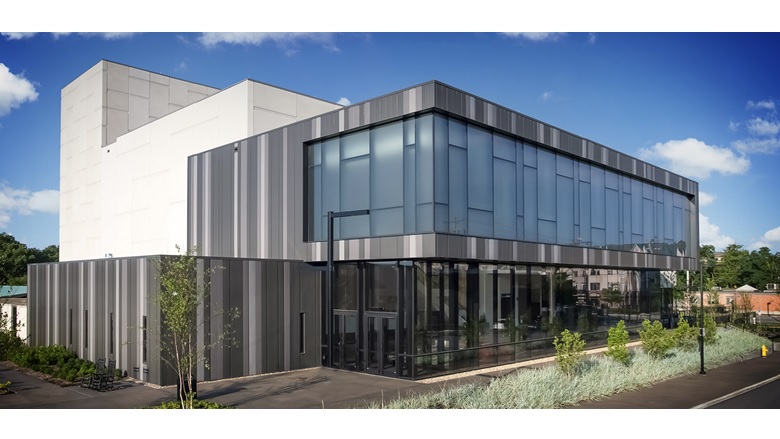 “One of the project goals was to encourage people to walk rather than drive,” said Kyle Nottmeier, AIA, senior architect with the St. Louis office of Jacobs, which designed the project. “We want the community to engage and access the building similarly to a public park. We also want the building to be very recognizable and memorable to the community.” 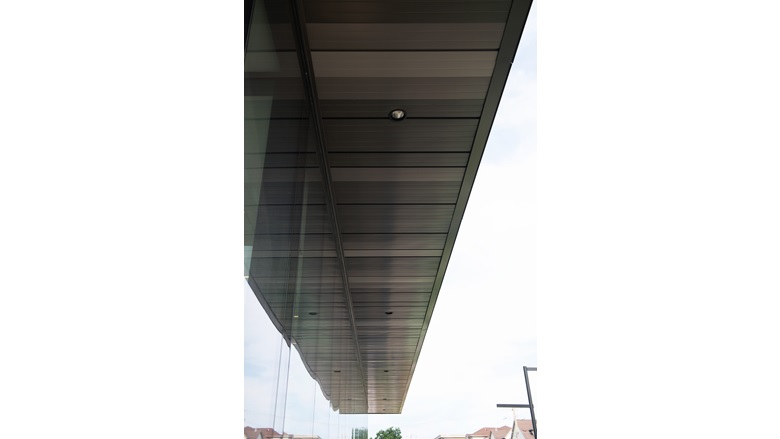 Though the Jacobs team initially had considered zinc panels for the exterior, representatives with the local general contracting firm BSI Constructors suggested they consider PAC-CLAD, a metal wall panel system from Petersen, as a budget-friendly alternative. In all, 12,000 square feet of the company’s Flush and Reveal architectural wall panels in three shades of gray – Graphite, Musket Gray and Slate Gray – were specified. The wall panels feature pencil ribs and are fabricated from 24-gauge steel.

“We wanted to create a random, natural appearance, with variation of color and shadow, with tree bark being the inspiration or abstract reference for the appearance,” Nottmeier said, adding that the three finishes were combined into three sets of randomly placed patterns. “Each pattern set consisted of nine metal wall panels with pencil ribs. The reveals and pencil ribs added relief and shadow.” 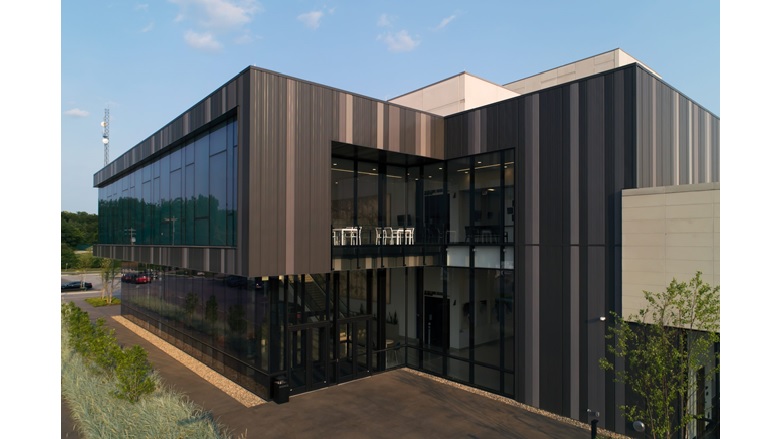 For installers with the local firm of David Hyde & Associates, the pattern’s randomness required some extra attention to detail as the metal wall panels went up. “The design team did such a good job of identifying the pattern across each elevation that we did not have many questions for them,” said Mike Hyde, project manager on the job. “Our real challenge became translating the complicated pattern to our install team. Our office team worked tirelessly for days to identify every metal wall panel on the job, with enlarged elevations that had been color coded. We then had those shop drawings laminated and on-site for the entire install.” 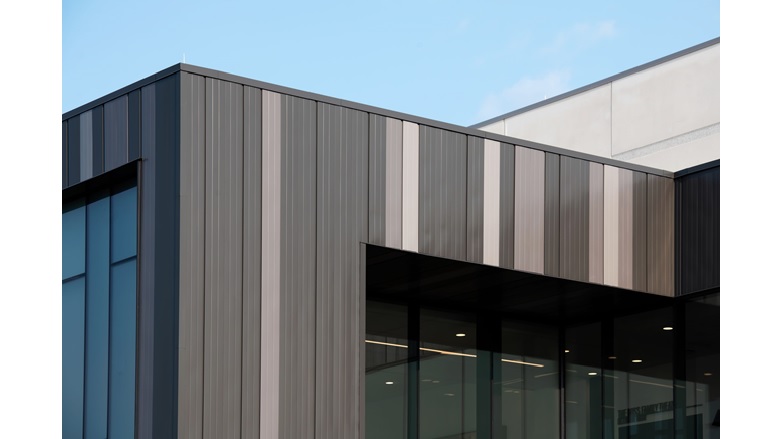 Hyde added that the added work definitely was worthwhile, and that he gets to enjoy the finished project on a regular basis. “I grew up in Kirkwood and my parents still live there,” he said. “We are very pleased with it as it is a local design marvel and the talk of the small town that is Kirkwood.”